So after today start of the month update they removed both Advanced Refine runes and Purification Protection Runes from the Monthly Shop again.

Basically rolled it back to how it was 2 months ago slowing down F2p progress even more. 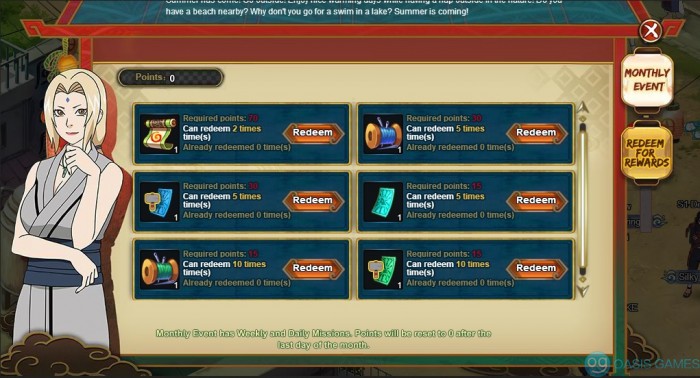 Well, it IS oasis after all... Maybe next month, patience is key.

lets hope is an unintended mistake that came with the last patch and gets fixed asap.

Not everyone has battle armor level 6

We lost Charm materials pack from Monthly shop as well. And Rogue ninja outburst was put back to older version as well. Waves every 5 min instead of every 3:20 min, making us have to wait a lot more in it. I'm afraid these events will not be the only ones downgraded at this point...

why are they regressing? i don't understand. do they get joy from doing this?

Let this be a lesson guys. If there is anything good Oasis did. Do not ever announce it. Like ever. Don't post on forum, saying "Wow, Thanks Oasis for so and so". Or they will take it away from us again

this was the last straw for me... not gonna spend even a single buck on this game anymore...period

medium threads are in grocery store for MOON SCROLLS (not sun scrolls, that are way more limited) and the reason why you get all those moon scrolls from SA is exactly that, because SA doesn't grant anymore medium threads.

Up to 4.0 SA expert mode dropped 1-3 medium threads and 1 advanced thread, when grocery store was added they were replaced with moon scrolls.

You don't need that many medium threads to hit level 6 BA but you need an amount 10 times higher to do anything with charms and advanced refinements.

So, if you don't buy medium threads in grocery store with moon scrolls and instead you only go for cave keys it's exclusively your choice, if you played when I began to play you had not that choice.

very likely was an unintended mistake. lets wait and see, is not the first time it happens.

They never fail to amaze me in how easy is for them to go back on their word.

OFFICIAL ANSWER: "it was an once in a a lifetime update, not a permanent update".

Does it seem to you all it was specified that was a once in a lifetime?

EDITED: seemed a bit too harsh, no reason to do it from me.

Never have high hopes for anything, and you won't get disappointed.

Honestly speaking i didn't expect they would be so mean to remove that update.

Almost everybody thought was a good move and, overall, it was something that was necessary and required, due to how useless that feature was (and is again now) besides for a bunch of new servers.

It was something many players asked for for several months, if not years, and, ob

With this wholly unexpected and totally uncomprehensible choice they removed the only thing that so far made us think we maybe were not anymore in 5.0 and the fact there's no official explanation to why it happened nor to what was the reason of this choice neither if was a mistake and will be back asap it's even furthermore emblematic of what is the current situation of the game.

In regards to the Monthly Event, the rewards usually do change as a new month comes. I do get where you guys are coming from as with the more recent changes (last month), some players liked it and some players were wondering why items were missing from it.

Monthly Event rewards should be changed now. Thank you so much for sending us your feedback =]