Hey everyone! A new ninja arrived today, so let’s take a look at him: 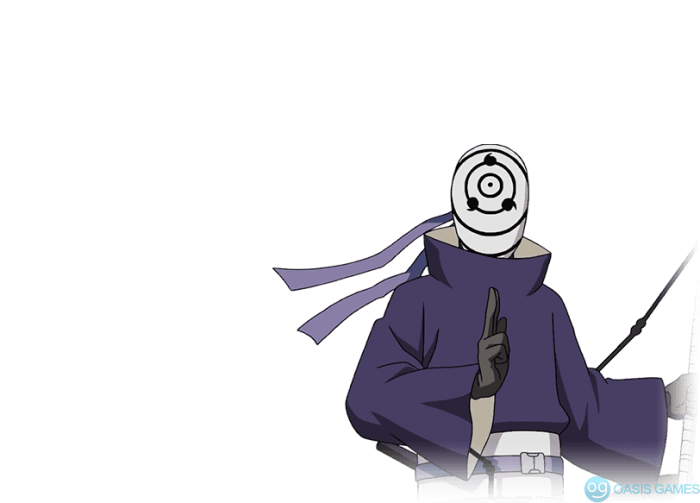 Obito, impersonating himself as Madara Uchiha, the one that started the fourth Great Ninja War. Many of you have been waiting for him to come out, so, let’s get to the main thing. He is a ninja that can better be a position two. His mystery can destroy super armor of several ninjas on the opponent field, plus he’s absorbing the whole chakra. He sadly does not have any interruption in his mystery, but he‘s an okay ninja for teaming modes mostly.

His standard attack is a sure hit and never misses, however ,he needs a lot of support, since he is not a ninja that scales, immune to debuffs, etc.

In our stacking me 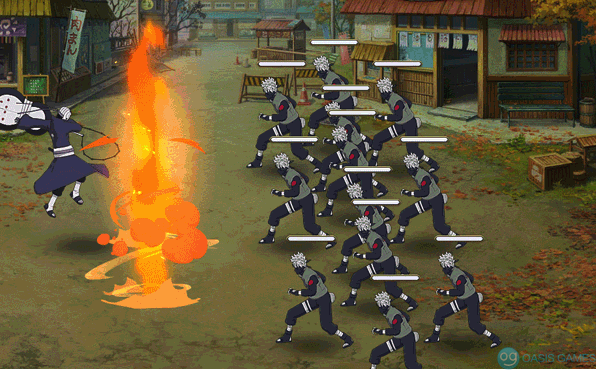 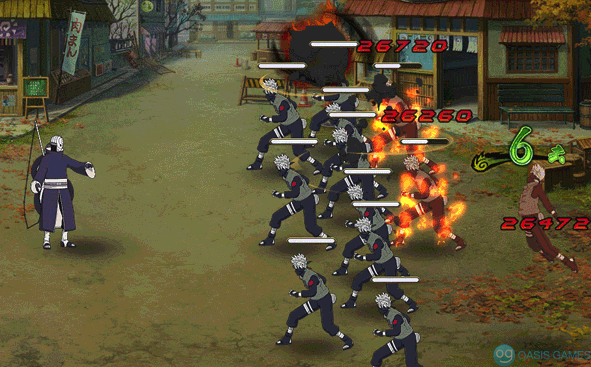 What concerns with who you should team him up, his mystery damage increases by 40% when you got a Jinchuriky unit in your formation. For example, you could use Minato Edo Tensei with his barrier, which will benefit the whole team including himself. Six Paths Naruto could be the position one ninja. Obito dodges chases with a high chance, just like the five kage summit version and can additionally remove buffs and shield with his chase causing immobile. About his buffing passive, make sure to place him right in your formation to buff exactly the ninja/s that you want to.

If you consider to run him as position one, you‘d need initiative advantage and a lot of support. A good option would be to make use of his secret jutsu user tag and run fire main with him for the resets. Make sure however to use a decent support with him as well. If you don’t want to run him position one, keep him position two. I am kinda sure many of you are already working towards your position two, or have decent stats due of the several powering up features , thus he should do some damage. Example formation : 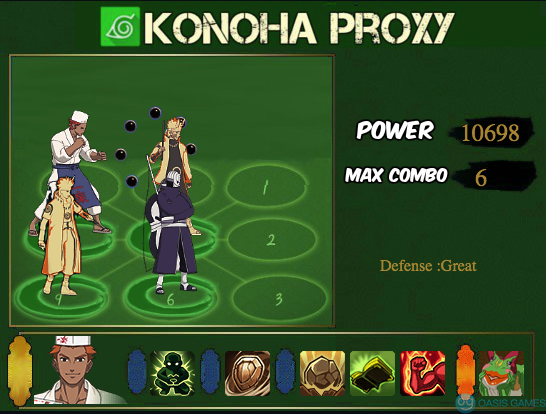 This could be a GNW formation. Make sure to have teammates that can support you or each other a lot, if you decide to run something like that. Minato is there just for the barrier. In case you don’t have it, Killerbee or Gaara could be a second option or any support that you think it'll help you and your teammates a lot. PS: The buff works for the whole field as long as ninjas from your team mates formation are in the same vertical row as him.

He’s got the Akatsuki tag, which makes him work with Kakuzu Earth Grudge(Skill breaks included) just fine. He’ll get an additional attack every round and additionally, Kakuzu will keep him on the field alive. You c*e a ninja such as Konan Taisho for example, which will buff both of them. Example : 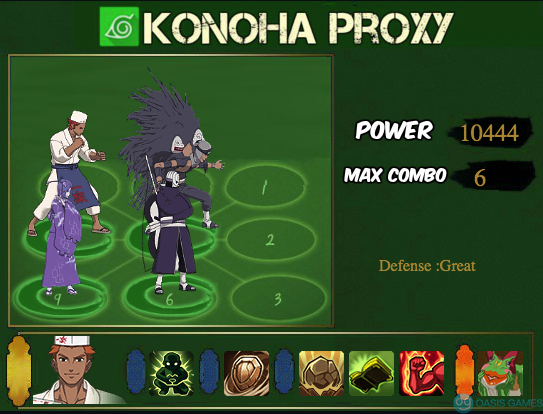 There are infinity ideas and formations with which you can combine him, especially with Akatsuki and Jinchuriky ninjas. In general, Obito is a decent ninja overall and fun to play with. If you play around with the supporting ninjas, you can form infinity combinations. Other mains can of course work as well. Which ideas do you have? Which teams would you form with him?

just a question...why is this ninja and masked man tagged as "Konoha ninja"??? since both of them are why is madara five kage NOT a konoha ninja??

can someone please elucidate me. 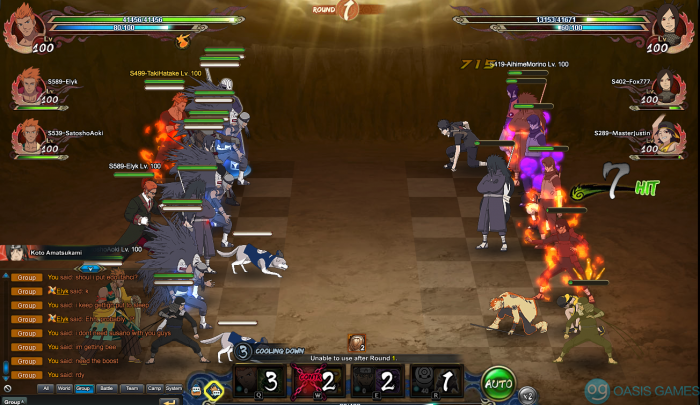 This is all the review you need!

Yup, you are right, did not pay attention, forgot he does not count as Konoha xD

Why doesn't he count as a konoha ninja? it showed later in the naruto series that he is a konoha ninja wont spoil who he really is just saying he is in fact a konoha ninja. so he should have the konoha symbol.

He's still "unknown" , the series at that point confirm that this version of "Madara" is not Madara himself , He just self proclaim himself , so ......... yes , unknown ..XD

he DOES count as a konoha ninja -_-. masked man has the label duhh

Yes, Masked Man does have the tag, however the Great Ninja War version does not.

that makes no sense at all. Why does he lose his konoha tag?

Also. as much as i wanted him when he came out, he seems pretty useless compared to 5 kage summit madara. Pretty dissapointing. I was wanting to spend on this ninja, too.

I mean, he doesnt steal chakra, he only causes immobile on a chase, and his mystery and standard attack are mostly suitable for Great Ninja War, and ranked. I was hoping to get him for my main team. He's way too expensive to get just for ranked or gnw.

You basically get him for that chance he can do an attack on their weaker ninjas. Because that will hurt, kinda. He's not really worth it in my opnion

They could have made his mystery uniteruptable, completely logical that it would be.

They could have allowed him to dodge mysteries and first hit, completely logical

and yeah. his standard is acceptable enough to me given the first two things. And by uniterruptable, i dont mean immunity. i mean uninteruptable like pein tendo.

Also, they could have given him a c*ra suction chase, and a gedo statue chase where gedo punches the sh**** out of the openent, like the kirin summon does.

wow. chaaakra is censored. that's hilarious, considering this i s a naruto forum.

Sadly, the problem is, that the other tags contradicting him being unknown, two factual tags that are present is contradicting it. One tag is that he is marked as Uchiha Clan member, other tag is Rinneg*er. Whether it was revealed or not in series who can unlock Rinnegan doesn't matter, because that reveal is not the same as who is the person behind mask, meaning that ONLY sharing*ers can unlock rinnegan, and only sharing*ers are Uchiha clan members, there were no known ninjas that weren't Uchiha officially and using sharingan.

This means that if he's Uchiha, tad undoubtedly he's Konoha member just as well, all Uchiha members were born in Konoha, at least people as old as Obito, since, for example, if, or when we'll get to see Madara's and Hashirama's family members of their childhood days that were shown in manga and anime, then those people most likely wont be counted as Konoha members, because Konoha didn't existed then.