So if anyone has a good suggestion

i done it with AGK Kisame wind and playboy sasuke. and you need some good rng as well

post what ninjas you have, then we can try to help!

Hey these are the ninjas i got : 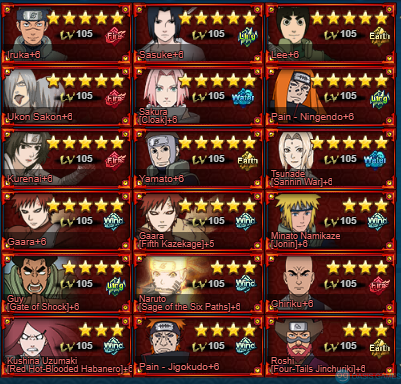 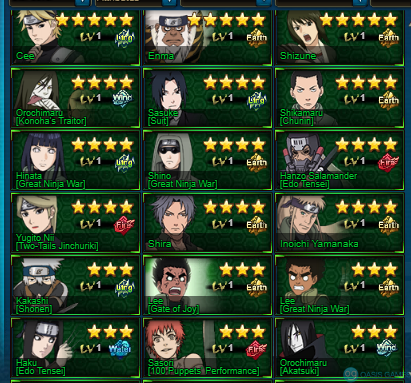 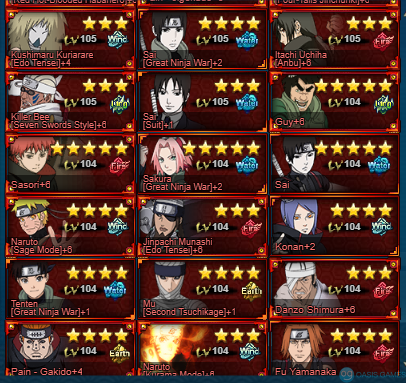 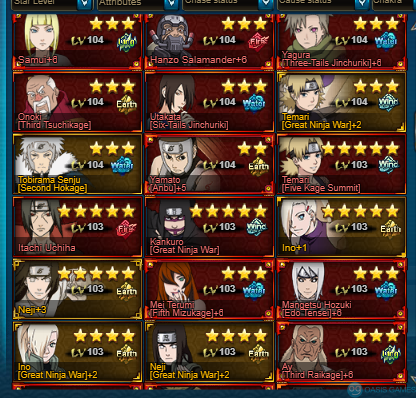 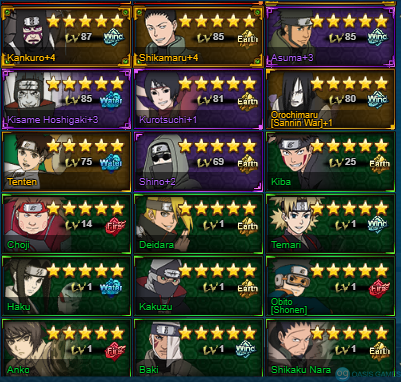 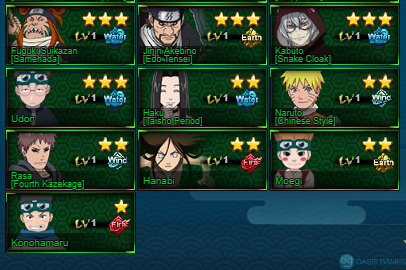 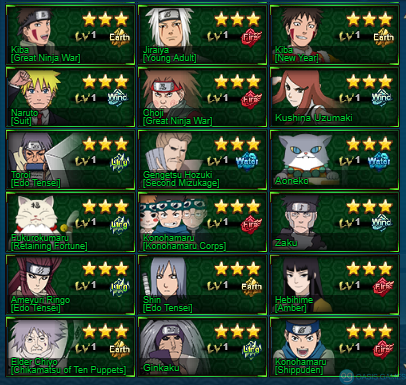 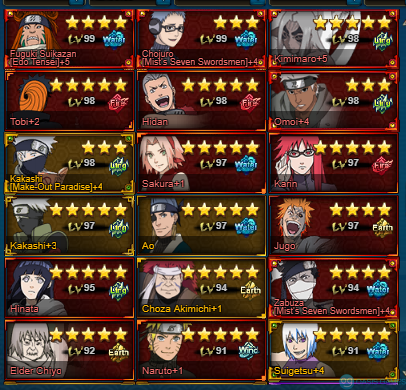 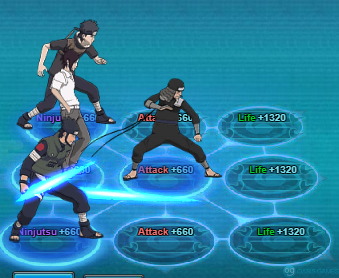 Heyo, definitely since there are infinity ninjas on the field, if you use wind main with her clones, that'll help a lot, since they'll tank majority of the attacks till you bring down some ninjas. Did you try to use normal Gaara with wind main, six paths naruto and bee for example? Gaara is really a huge damage dealer besides angel konan if you build him right around.

Well, from looking at your char, I have to say, well, what Angel said. There are a 3 main factors that affects passing 325:

- cc-ing Shira r1 (removing immunity then cc so it carry over to r2) OR Getting rng right so you won't be interrupted r2 by either Shira/Chiriku while interrupt as many mysteries as possible.

- Having enough dmg to kill Shira or put him under cc round 2 so he can be killed before he has the chance to demolish your team r3 and later.

So with you already having 6PN, providing dmg and a reliable cc, all these points to brute force AoE dmg, and strengthening your team defenses. Both of which normal skillbreak Gaara can provide.

A friend of mine, who doesn't even have 6PN also stated that Gaara is the f2p answer to this level.

Thanks for the sugggestions peopl finaly managed to beat it using this team: 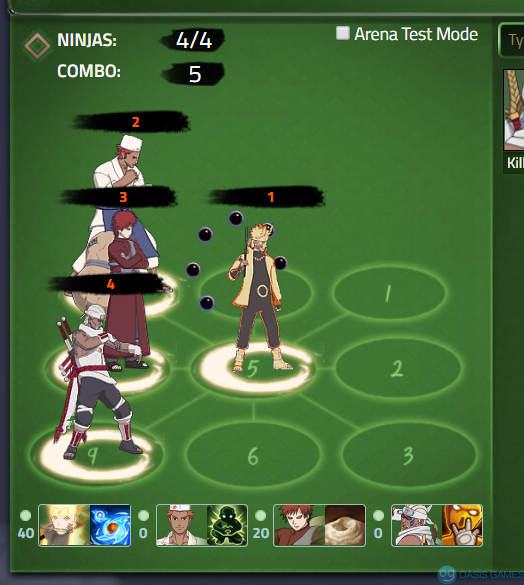 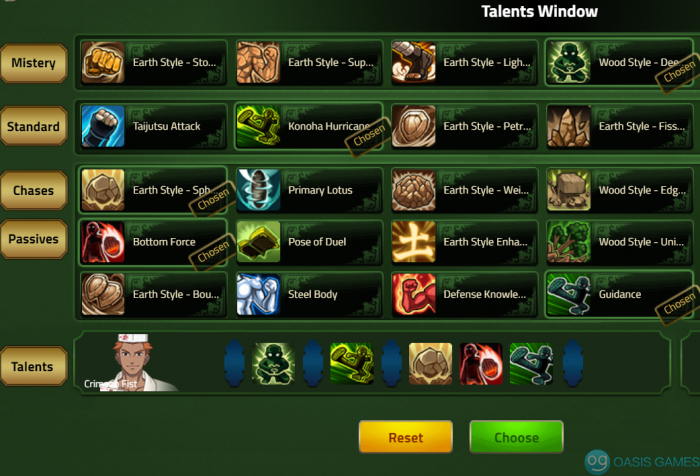 Round 2 is about hitting the chakra stealing girl in bottom team with n6p and after that she should be cced . Use main and have him hit top team chira . I also used the dogs mystery skill on main to damage and tag the middel team.