About naruto chinese style, after this month he will of course be a really normal ninja that earned by everyone, and for his skill we can absolutely find that he’s a complete support ninja. His mystery is for support, his passive is to increase his own ability of survive. So now let’s make an easy *ysis about him. 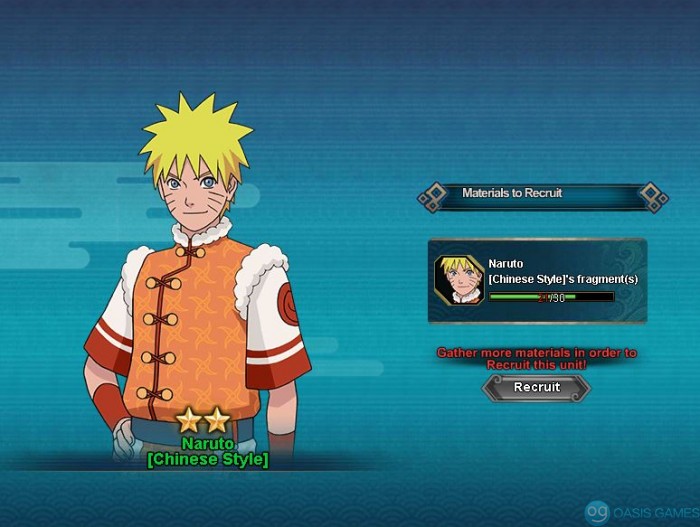 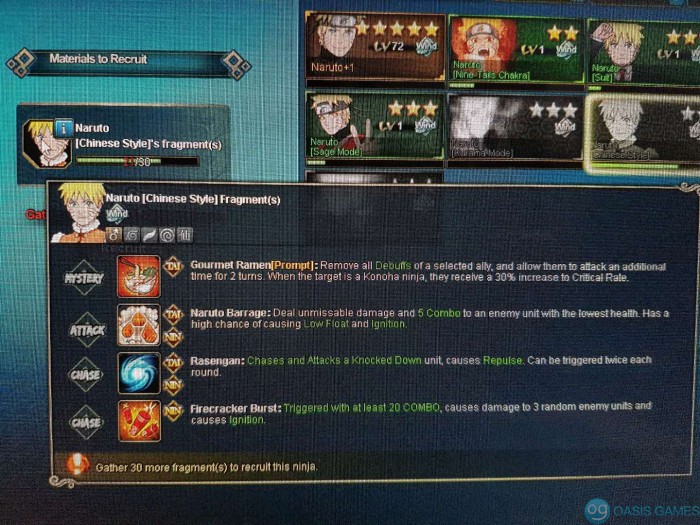 First one , the mystery. Remove all debuffs of a selected ally, and allow them to attack an additional time for 2 turns, when the target is a knonha ninja, they receive a 30% increase to Critical rate.

In a word this is a good mystery as a support, first it can clear up all debuffs, then it can provide an extra attack, for some ninja like itachi susano, didara edo tensi, and also some other ninjas are both useful. Consider about the killer B is how popular as a support ninja you can find how strong this mystery is. And also, as the extra effect, he can provide 30% more critical rate to Konoha ninjas, as an old water main player, I really know how strong this one is, for with the higher critical hits, the water main c*e her passive to cause more enemy chaos, and this is an enhancement of the water main line ups.

Then the attack and chase attack are both like the old Narutos, attack to summon a clone, and with the clone can get attack that cannot miss, and chase attack is to chase repulse cause knock down, Rasengan. These two are both not such strong skills, but are common on every style of Naruto. We should never pay expectation on the damage of these, cause they’re both not strong on the old Narutos, even on the sage world Naruto.

After 3 star this Naruto will earn a more passive, when get heal effect Naruto can earn 10% more ninjutsu and resistance, we all know that this Naruto is not good at damage making, so the ninjutsu increase is kind of waste, but the resistance increase is really useful for him a support ninja to survive a longer time to do more support works.

as a summary, I have to say that this naruto is a good support, but he cannot trigger his own passive by himself but need other to support him, and even his passive is triigered then he still cannot do many things, so here he is a new star of the support ninjas, but can never be the main damage maker. that's all. thanks