So I thought it would be a fun little topic to explain the difference between these two rather similar techniques. Although developed for the same purpose, these two do have a distinct difference. 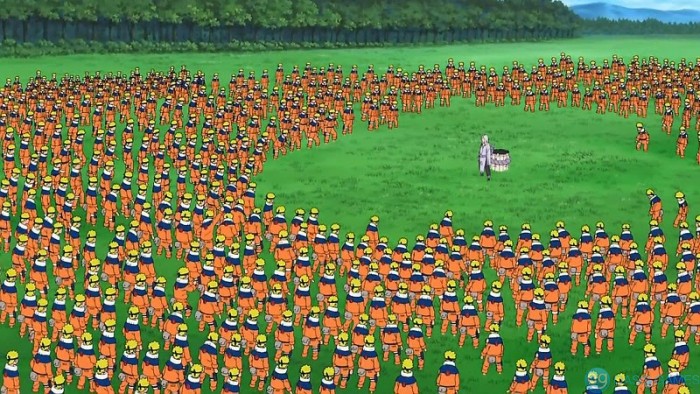 The infamous shadow clone jutsu is a B-class forbidden jutsu created by the second hokage Tobirama Senju. It's a variant of the clone technique; which essentially creates a copy of the jutsu user. The difference between shadow clones and a normal clone is that shadow clones are physical copies while normal clones (water clone, earth clone, etc.) are illusions and would disperse if struck with relatively small but sufficient amount of force.

two other key difference of the shadow clone from other clone techniques is it's ability to gain information which it can then relay back to the jutsu user upon it's dispersal. This allowed Naruto to learn a technique in a really short amount of time; whereas it would take any other shinobi years or even a lifetime to learn it. The other thing is the shadow clone's ability to act independently. Once formed, the clone will immediately gain the personality, prior knowledge, and skills of the jutsu user. This makes the shadow clone a highly useful technique that can essentially wipe out entire platoons and even entire nations if the user is strong enough.

Something to take note as well is that doujutsu (sharingan and byakugan) cannot distinguish the jutsu user from their shadow clones.

So why was it listed as a forbidden jutsu?

Given the techniques incredible versatility and usefulness, the drawback is quite substantial as well. The jutsu user would have to disperse his chakra evenly depending on the amount of clones they intend to create.

In the panel above, Tobirama (in his edo tensei form) was only able to create two clones. This suggests that the overall chakra he has is only sufficient to create two clones and split his chakra at 33% each. This is the reason why the shadow clone technique is forbidden; because for any normal shinobi, it would be really difficult to create even just one shadow clone as that clone would contain 50% of their chakra, leaving them at a weakened state. To put this in perspective, if a character like iruka were to try and create replicate the thousands of clones Naruto made, Iruka might be put in a coma or even die since almost all of his chakra would be split among the clones; leaving very little for his own body. Naruto is an exclusive case since 1% of his overall chakra might be the equivalent of 100% of normal shinobi, thus lessening the drawback the shadowclone jutsu has. 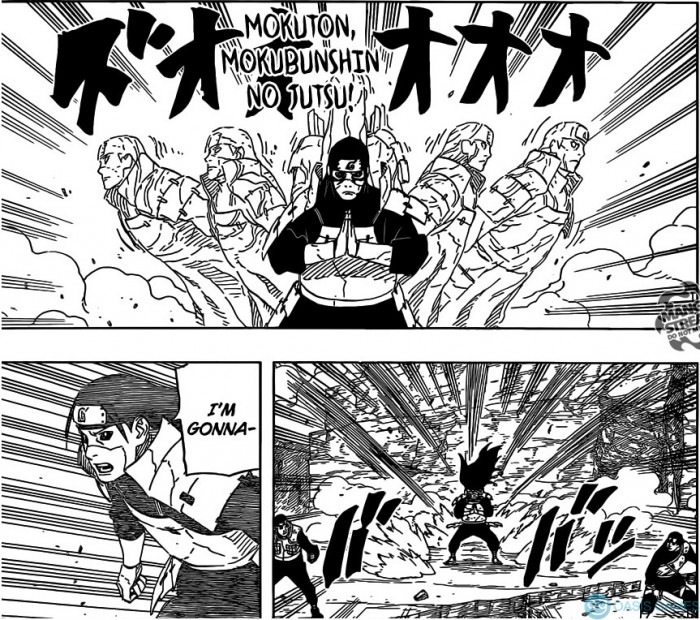 Wood clones are more durable than shadow clones, able to constantly communicate with the jutsu user, and has a li

In summary, the shadow clone provides more utility but at the cost of the user's chakra being split among the number of clones, whereas the wood clones are very versatile and durable, has constant communication with the user but at the cost of independent action.

If given the chance to choose, which one would you rather have?

Who cares :D You watch something to watch, not to study :D i think we have stopped discussing about such things at.... 5 grade. Is your brain stuck at childhood?

And if he was a child?

There's a rule that prevents them from playing a game?

And if he was not?

Who are you to judge him? Overall on the forum of a game that comes from an anime?

If you have issues with those things you chose the wrong game to play.

@OP i think i would choose wood clones.

Boy i would choose shadow clones and have them go to work for me while i slack in home lol.

Thanks for replying guys!

LOL that's what I have in mind as well