Karin [Loving Rage]
Mastery: Adamantine Sealing Chains
Causes damage to 5 of the opponent units, 3 combo, an removes immunity to all debuffs for one round. Causes knockdown to the selected unit and chaos . Furthermore every time this unit takes damage reduces cooldown time by 1 round.
-Chakra usage 20
-Battlefield cooldown: 2 rounds
-Cooldown: 3 rounds

Standard: Adamantine Chains
Attacks the front row an cause 5 combo and immobile to the selected unit. Cannot be dodged High chance to cause repulse to a unit.

Passive 1: Endless Love
Becomes immune to all debuffs. And gains 1% ninjutsu and 1% attacks for every 1% life lost

Passive 2: Great Perfume Spray
Triggered with at least 20 combo, causes 3 combo, poison, and ignite to 4 units of the enemy lineup.

Passive 3: Loving Sacrifice
Before an action heal all units on team by 15% of their ba 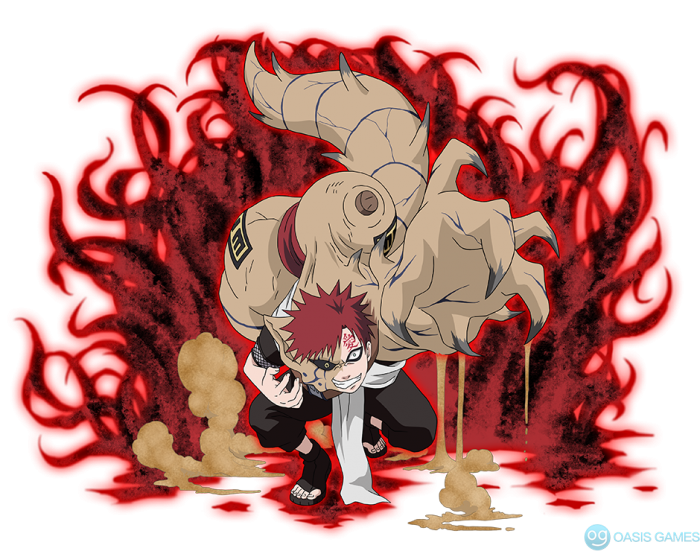 Mystery: Ultimately Hard Absolute Attack: Spear of Shukaku [Prompt]: Cause damage of Wind and Earth attributes up to 4 units from the opponent’s team and Knockdown to the selected opponent’s unit.

Standard: Sand Shuriken Attacks the opponent’s front row and has a chance of 5 COMBO and High Float.

Passive 1: Ultimately Hard Absolute Defense: Shield of Shukaku Launches a barrier, increases by 20% the Attack and Ninjutsu attributes for Earth and Wind units in your field. Moreover will generate a Shield for 2 sand ninjas on 25% of this unit’s resistance ba

Passive 2: Tailed beast chakra Before each action in a round, recovers Life ba 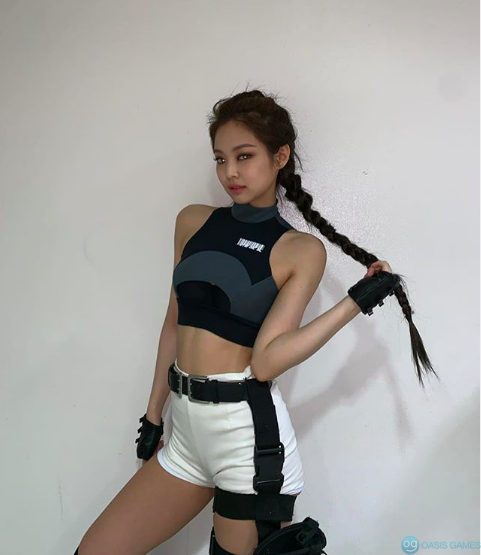 Mystery: DDU-DU-DDU-DU: [Prompt] Uses her Bazooka chakra rockets and causes heavy Water, Wind, Fire, Lightning and Earth attribute damage to the opponent whole field and will cause 15 combo to every unit of the opponent's line up.
- Chakra: 10
- Cooldown: 2 rounds
- Battlefield Cooldown: 0 round
Standard: Ultimate headkick jutsu: Attacks 3 random opponents and will always cause repulse.
Passive 1: BLACKPINK GIRLPOWER: Summons three other holy ninjas (Lisa, Rosé and Jisoo) and gains 70% health back every round.
Passive 2: Can't kill any ninja to give ninjas like Naruto [Sage of the Six Paths] a chance. 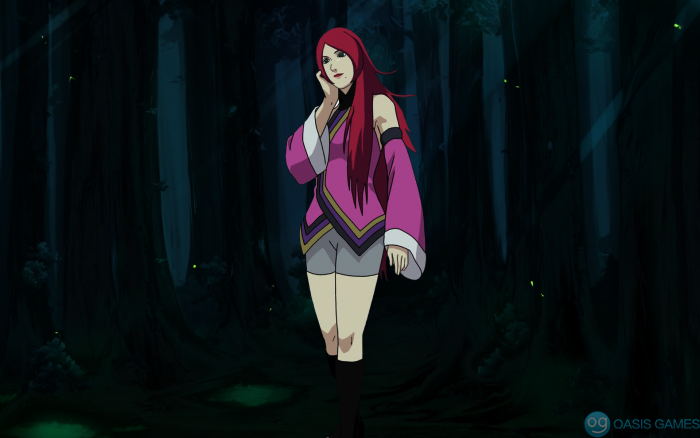 Pictures edited by me

Attacks the selected unit, causing Chaos and lowering Defense by 30% for 2 rounds while Suprassing all immunity to debuffs. Moreover, you will recieve all of the Chakra the enemy unit might have.

Attacks opponent's front row and has given chance of causing 6 COMBO and High float.

Chases and Attacks a Knocked Down unit, causes repulse and Paralysis. Can be triggered twice each round.

Chases and Attacks a Knocked Down unit, causes repulse, Paralysis and Wind atrribute damage increased by 30%. Can be triggered twice each round.

Chases and Attacks a Knocked Down unit, causes repulse. Meanwhile absorbs up to 20 chakra from enemy unit.

Each round this unit's Attribute will change randomly into Fire, Water, Wind, Earth or Lightning.

If a Combo is Triggered it by this unit's Standard Skill will cause Fire Attribute, Earth Attribute, Water Attribute, Wind Attribute or Lightning Attribute Damage depending on the Attribute the unit has that round.

Everytime this unit triggers chase skill, increases its Defense and Resistance by 7%

At the beginning of each round, up to 2 male units from the opponent's team will suffer from Paralysis. (This passive is not stackable with Breeze Dancer's Harem jutsu)

Before this unit's action, 1-3 male units from your entire field will be Healed and will have 2 debuffs canceled. If opponent's chakra is lower than 60, 3 fixed male units will be healed. 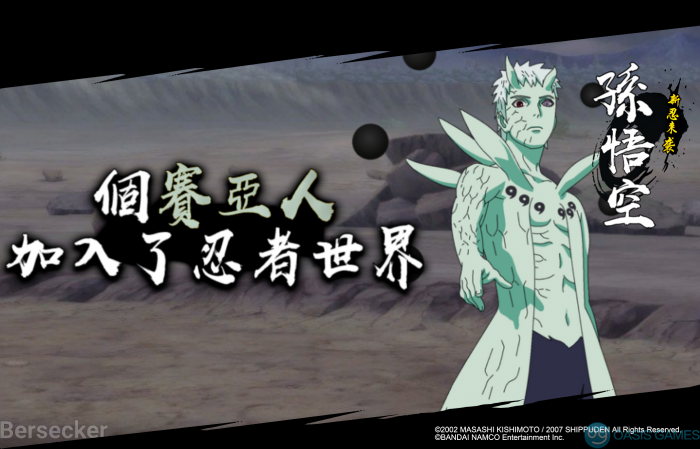 I will do his skills later 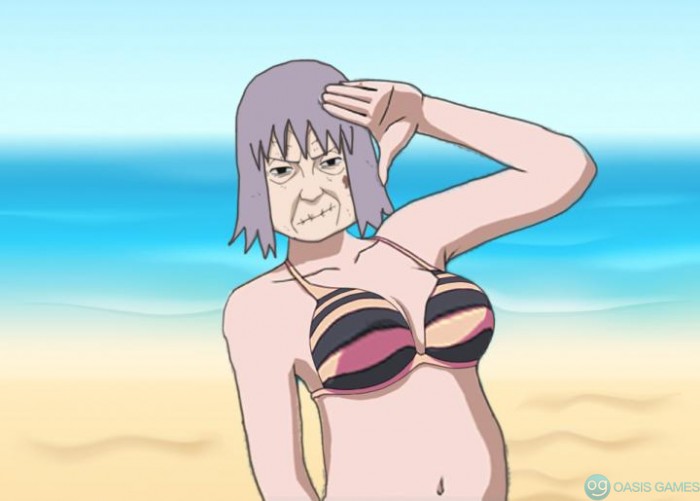 Mystery: Puppet Performance: Skilful Achievement with a Human Body - Deals heavy ninjutsu damage to targeted ninja and causes repulse and low float, any ninja killed by this technique is ressurected as a puppet under your control and cannot be ressurected.

Attack: Three Jewels Suction Crushing - Attacks the opponents back row, has a chance to causes 5 combo and low float.

Chase: Unreasonable Suction Secret Puppet Technique - chases and attacks low float unit causes high float and immobile and drains all chakra, if a puppet is present in your lineup this chase can be triggered up to 3 times, if no puppet is present generate a chikamatsu collection puppet 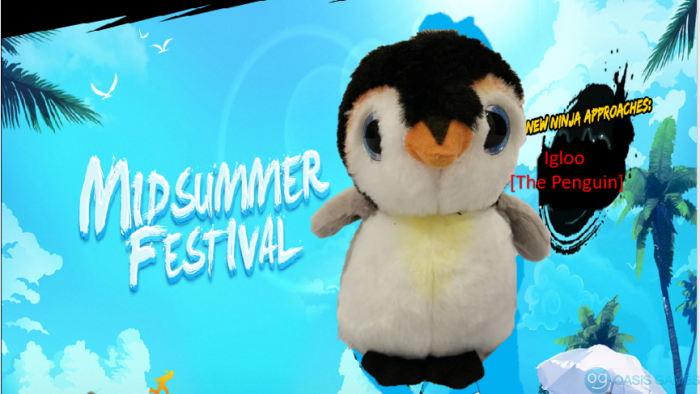 Mystery : Fish attack: Cause damage up to 3 opponent's lineup and have a chance to cause Interruption.

A selected unit will suffer from Repulse. Moreover, every time Igloo use his mystery, increase initiative by 500 to 1 random unit.

Standard : Flipper attack : Attack up to all the opponent's unit in the last column. A selected unit will suffer from Repulse.

Chase : Snowball : Chases and attacks a Repulse unit cause Repulse. Can be triggered 4 times each round. (Go through every ally lineup)

Moreover reduced critical by 100 each time a unit is hit by Igloo's chase.

Passive 1 : Grow up : Every time this unit triggers a chase skill. Increases its Defense and Resistance by 3% and reduce its Mystery skill's Cooldown time by 1 round.

Passive 2 : Lucky fish : Igloo is immune to debuff for 2 roundsand he can't die from mystery or chase skills.

Sakura [Strength of a Hundred Seal]

Mystery: Katsuyu immense network: Heals up to 9 friendly units and clears all debuffs or attacks up to 10 units and causes paralyze, poison and knockdown.

Standard attack: Cherry Blossom Impact: Deals damage to up to 4 enemies at random. High chance to crit and high float.

Passive 1: Creation rebirth: Recovers 8% of life and adds 8% of attack, when attacked each time. Passive 2: Regenerative Healing Jutsu: Heals up to 4 friendly units and clears 1 layer of debuffs. Scales with ninjutsu. 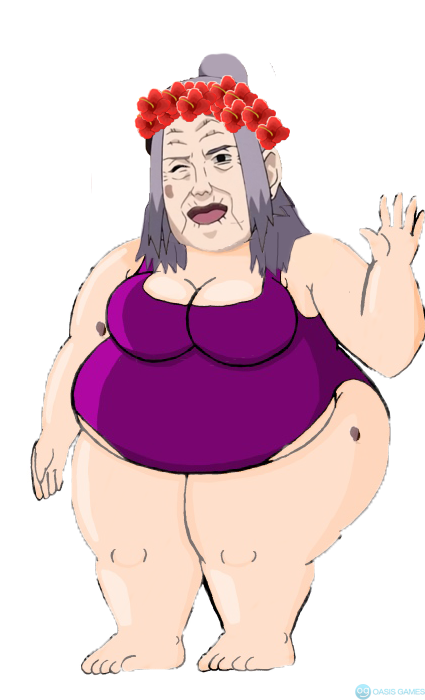 Mystery: Gift of Ressurection: Gives a Kiss of Life to a selected unit, healing 75% of this units life and causing immobile. Chiyo' life will receive a damage of 10%.

Standard: Secret Move - Jest : Attacks the front row and with a high chance of causing Repulse.

Passive 2: Sealing Technique - Eye Closing Roar: Before each action, causes two of enemies units to suffer from blindess while taking away buffs and shields.

Passive 3: Golden Age Charm: At the beginning of battle, lower the Resistance and Defense of all Male units on the opponents field. 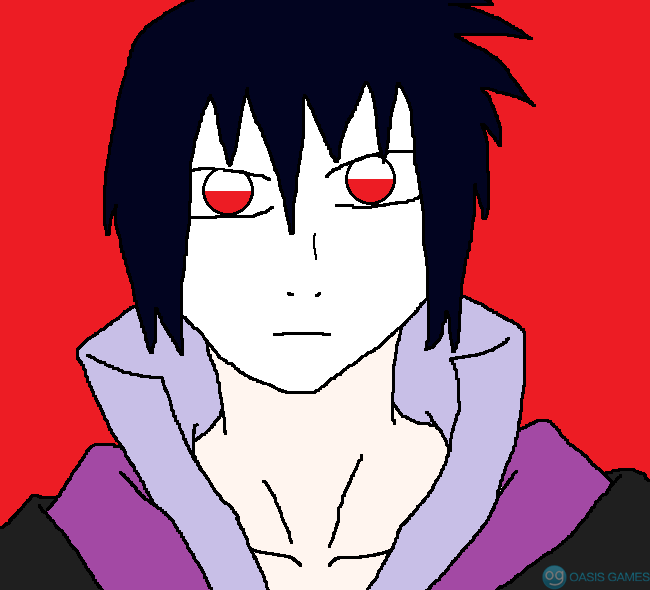 Passive 1 - Polska Barrier: At the begining of the battle lanches a barrier in which any ninja with any red or white colour gets 100% Ninjutsu and 100% Resistance.

Passive 2 - O Kurwa!: Before each action heals all team HP to the max.

Passive 3 - Wypierdalaj: While this ninja is alive, all ninjas in the field have their super armor and immunity surpressed 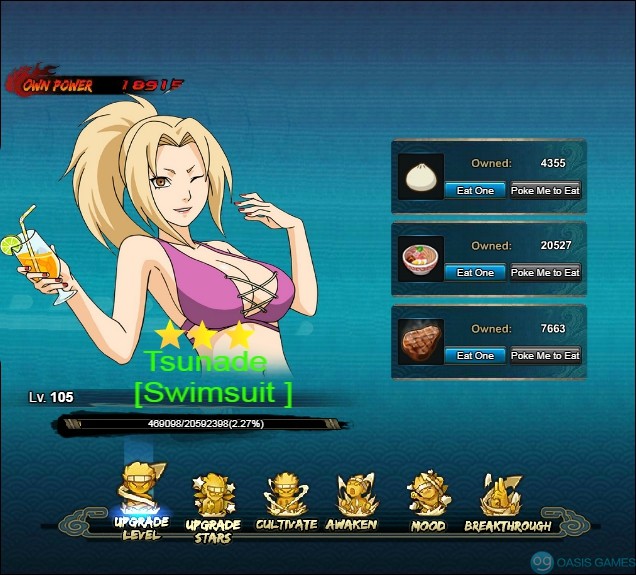 Mystery: [Prompt] Relaxing beach party : Heal up 4 units at your team for 65% of your ba

Standard : heaven's fist : Attack 1 enemy unit , causing undodgable damage, and have a chance to suppressing Super Armor , and a high chance of Knockdown.

Passive 3: summer time : At the beginning of battle, all Male units on the field will receive a Attack ba 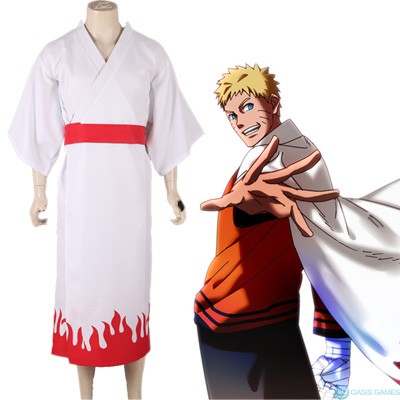 Mystery: Summoning Jutsu - Gamabunta's Tanto: Causes damage to up 7 enemies in the field, also causes Tag and Knockdown to the selected enemy.

Standard: Summoning Jutsu - Gamakichi: Causes damage to 2-4 enemies from the same lineup with the change of knockdown. Everytime when this ninja uses his standard attack, increases his Standard Attack with 5%

Chase: Rasengan: Chases knockdown, causes repulse and increases his own attack by 5% and Combo Rate by 12%. Can be triggered twice per round.

Passive 1: Ronnin Spirit: Can be triggered twice per round. If you defeat and enemy with your standard attack, gets an extra attack.

Passive 2: Hasso No Kamae: Increases the attack and ninjutsu of every ninja on the field on the same row than Naruto as long they have full life. 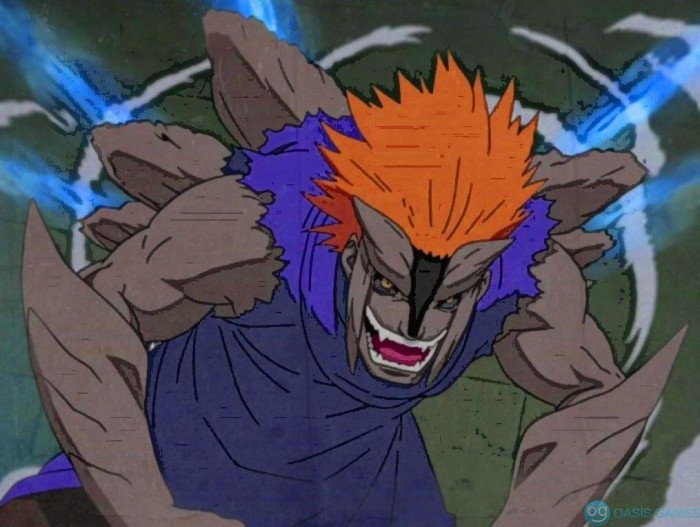 Mystery:Jet Blaster barrage: Causes Taijutsu and ninjustsu damage to oponent's entire team and Repulse,ignition and supresses super armor for 1 round to selected ninja.

Passive 1: Propelled Punch: Chases Low float causes repulse and paralysis can be triggered up to 2 times per round.

Passive 3: Curse Mark Rage:Anytime this unit suffers an attack reduce mystery cooldown by 1 round and increase it's crit hit rate by 3%.

i want to put 9 ninja in team include main char 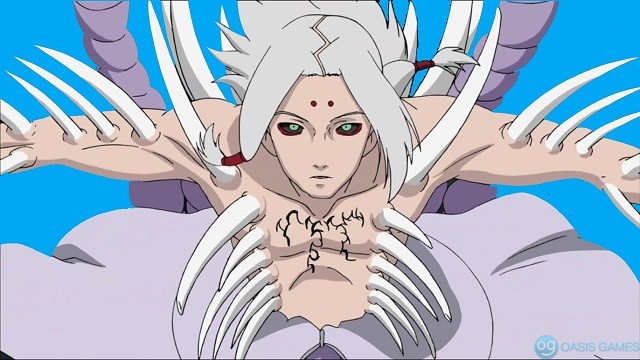 Mystery: Corpse Bone Field - Cause Taijutsu and Ninjutsu damange to the entire enemy's field. Selected target will suffer from repulse. 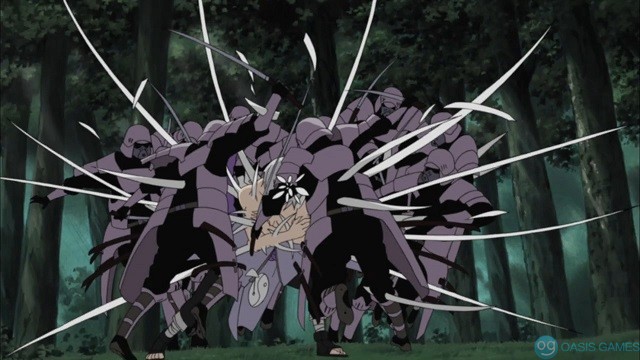 Chase: Corpse Bone Chain - Rain of Marrow - Triggered with 20 or more combo, causes ninjutsu and taijutsu damage and immobile to 2 units at random.

Passive 1: Curse Tag - Dead Stage - Increase this units own Defense and Resistance by 10% when damaged.

Passive 2: Corpse Bone Chain - Dead Duet - If there is 1 Edo Tensei type in your team, this unit will have Life increase 8% and Resistance increased 4%.

Passive 3: Corpse Bone Chain - Dead Caretaker - If Jugo is opposite this unit in field, both units leave battle and both are unable to be resurrected. 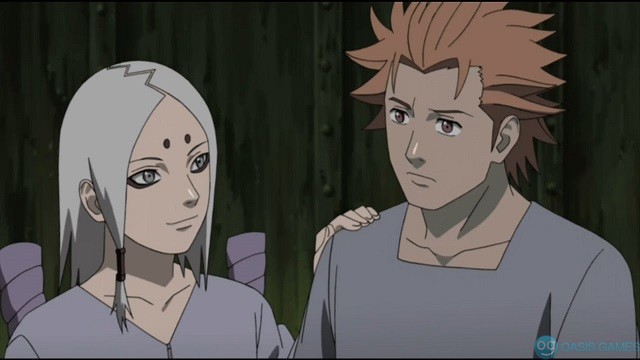 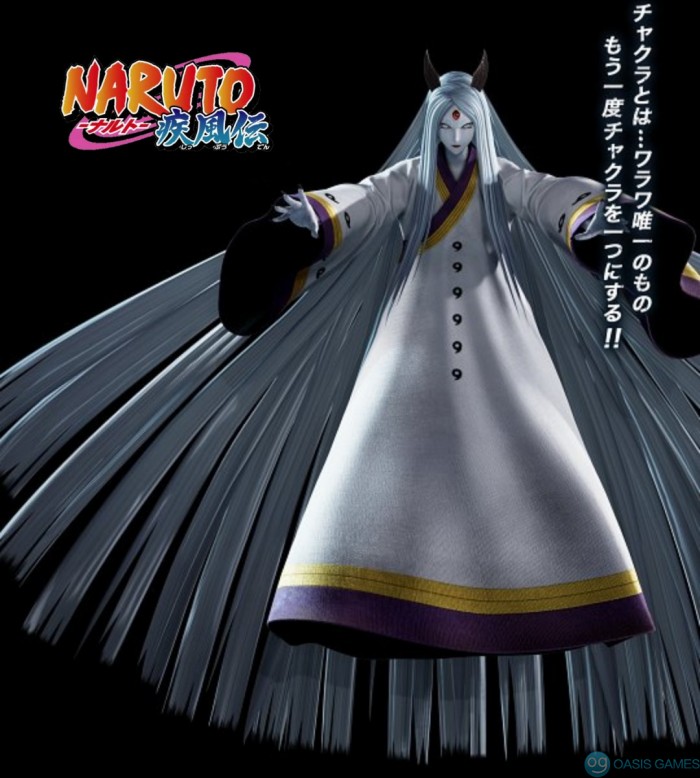 Details - The effects apply until healed or the barrier is removed.

Mountain Dimension Barrier: Causes Chaos to the selected unit and one additional unit.

Ice Dimension Barrier: Causes Acupuncture to the selected unit and one additional unit.

Acid Dimension Barrier: Causes Slow to the selected unit and one additional unit.

Pyramid Dimension Barrier: Causes Immobile to the selected unit and one additional unit.

Eighty Gods Vacuum Attack: Causes damage to an enemy row and absorbs 20 chakra. Kaguya also has a fixed chance of causing Repulse and sealing the enemy's chakra recovery until the end of the round.

All-Killing Ash Bones: Chases and attacks a Low Float unit, causes Knockdown and absorbs 20 chakra. This chase skill can be triggered twice per round.

Yomotsu Hirasaka/Byakugan: Kaguya has a 60% chance to evade any attack. 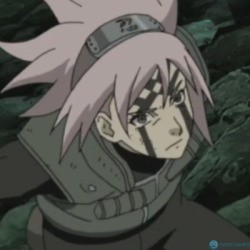 Standard Attack: Attacks the first line of opponents with a high chance of causing repulse.

Passive 2: Summoning Jutsu Great Katsuyu Healing - Before each action, this unit summons Katsuyu and will Heal 12 Units and removes 1 layer of debuffs. Can be triggered twice each round.

Passive 3: Explosive Mode - Sakura becomes immune to debuffs. Sakura's Critical and Injury chance increases by 50% and all her attacks deal full damage to the surrounding units.