So after the wonderful debate topic I started, I noticed just how heavily downplayed some characters in the anime and manga are for some people and how "favoritism" clouds people's judgement about how certain characters would fair against others. So, to spread the knowledge, I'm going to start a series of threads dedicated to shedding light on how strong some of the underestimated characters really are. (And also cause I have nothing else to do while waiting for maintenance to end)

note: if this topic or thread is not allowed please do remove this.

To kick things off is the second hokage, Tobirama Senju 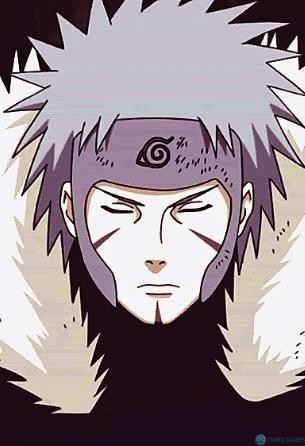 Tobirama is actually a really weird character to scale because his feats while in edo tensei doesn't match his feats before his death. Here's why:

His actions in the war arc, specifically in the fight against juubi jinchuriki obito, proved to be quite significant as he provided great support that would allow both Naruto and Sasuke to, not only damage juubito, but also for them to not get instantly blitzed by his truth seeking orbs and the OP six paths sword. What's interesting is this panel here: 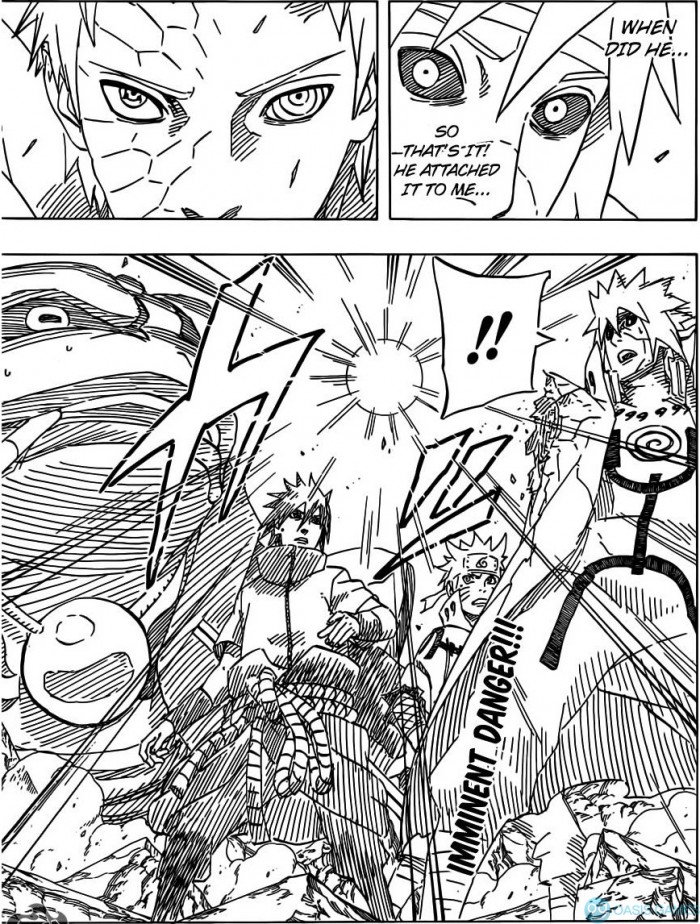 We can see in the panel Naruto, Sasuke, and Minato about to nearly die from an exploding truth seeking orb by Obito. Take note that Minato, one of the fastest shinobi to have ever lived, is standing right there and yet didn't have the presence of mind to teleport either the orb away or everyone else to safety. And yet... 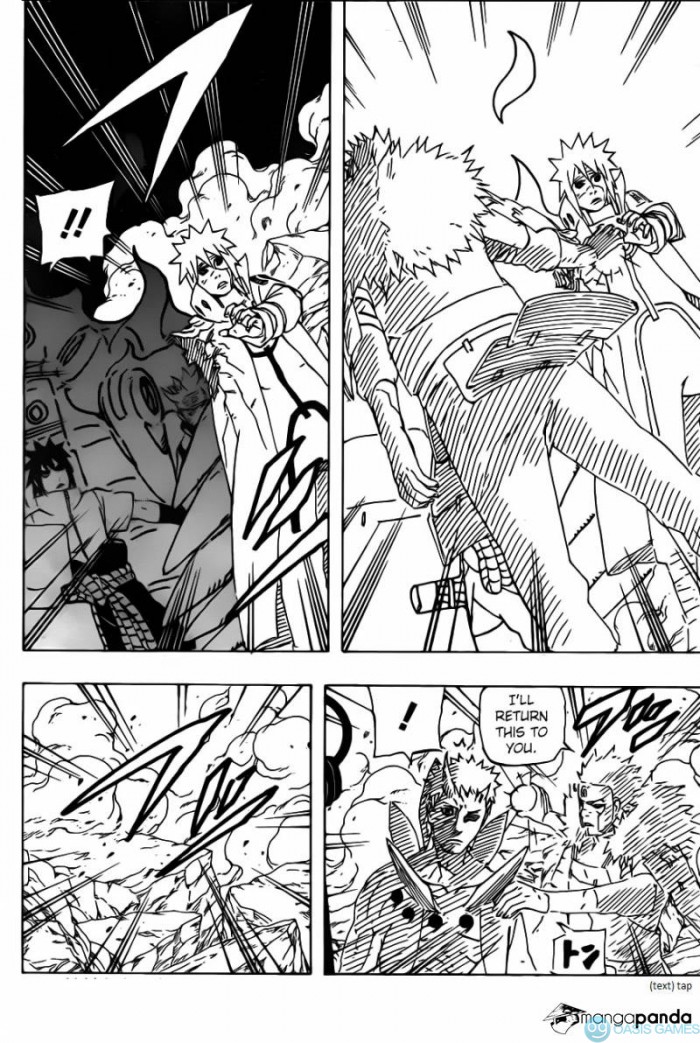 Tobirama easily teleports the orb away and instead places it back to Obito which then explodes. It is worth mentioning that Tobirama openly admitted that Minato's flying thunder god is superior to his despite the fact that Tobirama was the one who created it. This shows his reaction speed and experience which outclasses Minato's. He was also able to instantly deduce Naruto's plan to use sage chakra against Juubito and knows exactly what to do despite only having literal seconds to form a plan of attack: 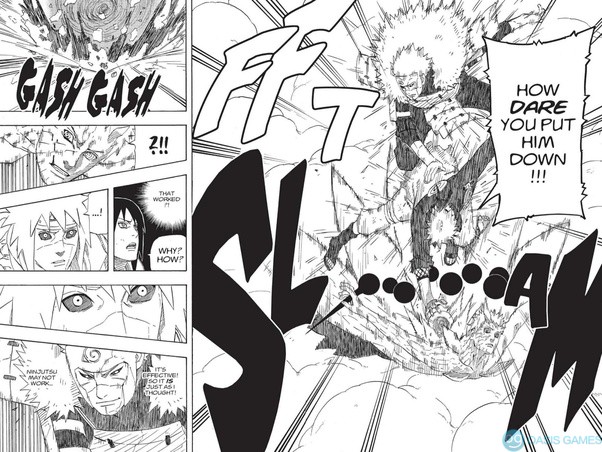 Also, he is able to resist the effects of edo tensei that Orochimaru had him in (it is implied that he would have been able to break through the control if he had exerted enough of his power) something that Minato, Nagato, and even the third hokage Hiruzen couldn't do. This is thanks to his Senju lineage which inherently gives him ridiculous strength and willpower.

Now, here comes the weird part of him. Given his feats in the war against juubito and Madara, it is clear that his fighting prowess belongs to a higher tier in the Naruto world. However, the way he died kind of negates it. You see, he died from fighting against the kinkaku force; a team comprised of highly skilled shinobi who are at least jonin level.

Again, take note that Tobirama was able to keep up with juubi Obito who is waaaaaaay above kage level and yet he died to a bunch of jonin level ninja without even taking anyone down with him. Like it would have been a different story if he had at least taken ginkaku or kinkaku with him but he didn't even manage to kill at least one of the twenty shinobi that were there?

And to put things into perspective, kinkaku and ginkaku lost to Darui, the raikage's right hand man. And if we go do some scaling, it should be a logical conclusion that since gin and kin < darui, and tobirama is < gin and kin, then darui should be > tobirama, right? Wrong. I do not see, whichever way it is, that Darui would be able to even do anything against Tobirama. I wanted to bring this up because most people use this to downplay Tobirama and here's the difference:

Tobirama, to his credit, fought 20 high level ninja and although didn't get to take anyone down with him, is still a very impressive feat to be able to hold for long enough to give his comrades time to escape safely. I can guarantee Darui won't last as long and both he and his allies would get wiped out.

So that about does it. To give a quick summary:

- Tobirama has enough speed to keep up with a superior flying raijin user like Minato and KCM2 Naruto.

- Can hold his own against juubi jinchuriki Obito

- Created some of the most powerful and broken abilities in the world of Naruto including edo tensei, the flying thunder god, and the shadow clone jutsu.

But is apparently weak enough to lose to some wannabe nine-tails jinchuriki. Regardless though, he should be given credit when credit is due and not just be disregarded as the weakest or unnoticeable hokage.

Give your thoughts about this. If you wish to refute anything I've said here or wish to add more details, please feel free to include why and how.

Also before anyone goes on to say that gin and kin are not fodder, I am not saying they are. I just find the notion of them being able to defeat a monster like Tobirama completely inplausible. And this was also BEFORE they got the six paths tools.

Tobirama is a very strong shinobi yet died to 20-ish cloud shinobis.

Sasori died to Sakura and Chiyo.

Neji lost to Naruto in part 1.

There are many factors to make a stronger shinobi lose to the weaker one just like in real life there is a G.O.A.T player name Faker yet he didn't win certain tournament lmao. What I mean to say is, feats are just feats, they don't guarantee a shinobi with greater feats will win against weaker opponents every time and this apply to everyone.

Okay so first off, I used that A>C>B thing because it's how people like to downplay Tobirama in saying he is weaker than Darui, when in fact that isn't the case. In case I didn't make it clear, Tobirama lost to 20 elite ninja, all of which are at least jonin level. I'm not saying that's a bad thing, quite the opposite. But the point that I'm trying to make is Tobirama is stronger than what people make him out to be:; specifically speaking, he may have almost died taking on gin and kin at the same time, but that doesn't mean he is weaker than Darui who was actually able to beat gin and kin. That's what I meant and been pointing out.

Now, for you saying "feats are just feats" well that is certainly true when we consider the character itself. Every character in fiction has the potential to do better. But we use feat scaling when we pit two characters against each other when in reality it would be impossible for them to meet each other in the story due to lore. Going to the earlier example, Tobirama and Darui didn't interact with each other and would be impossible to meet each other due to Tobirama being dead for two generations before Darui was even born. So to settle a hypothetical fight between them, there is no other choice but to use feats that they both accomplished (and also compare them to similar fights or opponents they fought) to come up with a conclusive winner.

Again, I'm not trying to settle any "who would win" this time. I'm just trying to give Tobirama the credit he deserves and let people know how strong he actually is because people tend to think he is one of the weakest of the kage.

edit: also, the fight examples you gave all have specific reasons for why they lost. But for Tobirama against the kinkaku force and against the kin and gin brothers, there wasn't really a stated reason to how and why he lost which is what makes it such a frustrating case since it was clearly shown how powerful Tobirama was in the war and yet was beaten by two ninjas who obviously should not have been able to keep up with his speed and technique.

Itachi uses Kotoamatsukami on him with the crow, a genjutsu that requires no eye contact and is also the strongest in the series.

Itachi would also Totsuka sweep and Amaterasu those 20 jonin level ninjas including Gin and Kin like they were nothing.

But yea Tobirama is cool, he couldn't even take Madara by surprise behind his back with his teleport.

And also Black Zetsu used all the chakra from the Infinite Tsukuyomi. then put it inside Madara and somehow it was too much for him so he imploded and turned into Kaguya. I think he didn't dodge him because he thought he was on his side.

Can you get out of your itachi fanboying just once and try to keep on topic? NOWHERE did I state or even compare him to Itachi and didn't even say he is weaker or stronger than anyone. Just the Darui and Gin and Kin part but does that warrant you trying to literally insert your Itachi *? You had your chance with the thread you made about Itachi. Now give other characters a chance without constantly pulling up Itachi.

I made it very clear this post is meant to gauge and show Tobirama. Not a competition of who is stronger, but how strong he is.

I'm just trying to justify why a strong ninja can be beaten by weaker ninjas. I don't mean to deny anything you said about tobirama.

Ahh yeah I'm sorry too. I'm a bit on edge with these kinds of threads I make because of some people who can't seem to understand a logical argument and just keep saying things from how they want to see it; even if ends up with them disregarding logic just to prove their character is greater.

"...weak enough to lose to some wannabe nine-tails jinchuriki..." I kinda disagree here.

Tobirama group was already attacked by Kinkaku Force. That leaves the factor that he's already weakened.

To hold off 20 elite ninjas with Gin and Kin, who had power of Kage level (with 9 tail chakra) for period of time to let his group made a safe escape.

Imagine scenario where 20 ninjas splits in small groups to chase after his group and had to defend that.

Meanwhile Darui's fight he and other ninjas were able to all-in those two, thus they struggled to win with the help of Sage Tools.

I'll never understand such topics. Babling about who is who in a anime or movie

Same as discussing about wind. Try to discuss why Naruto is a male, not a female

Write emails to the writer of Naruto saga, and ask him why he did what he did

In case it wasn't painfully obvious, I was using sarcasm there. If you had read my full post, I defended Tobirama multiple times by saying what you just said.

And hey, I'll never understand why some people take the time to participate in something they claim not to like or not understand. I do it because it's fun to discuss (without the toxicity of others) and others too like to discuss characters. To each their own, I say. If you don't like, then feel free not to participate.

I personally like him as Hokage more than others, because of his leadership skill and decisiveness, whereas Hashirama was too kind and too soft, which led it to downfall of Konoha.

If Tobirama lived long enough, I believe Konoha military strength would be as good as Kumo.

I actually do as well, and can say he is my favorite hokage. But where Hashirama is rather sofrhearted, Tobirama is too hard on the uchiha; pushing them to the brink of starting another war. Hiruzen is the one who brought balance at last but the damage done to the uchiha was irreversible.