You the best! Thanks!

As I can see you hardly have any ninja except Naruto Sage mode that can be a solid position one ninja, as your main damager basically. A very solid team with your current ninjas could be the following : 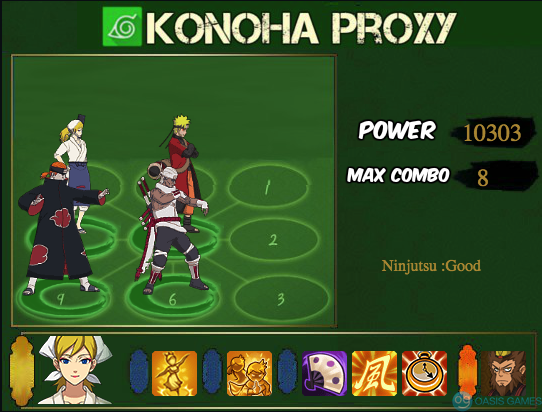 A team with some buffs, Naruto sage is in general a high damage dealer and this lineup should help in general. Gakido cleansing and giving some shields + immunity can be really decent. Another option here, is to replace gakido either with Kurenai ( More safety, if she is skill broken, much better) or replace gakido with Ningendo for some additional immobile. If you would like to play with more buffs, Iruka instead of gakido works as well and in the exams such teams with Naruto are mostly the key towards finishing them.

Another option would be water main position 1 with the following team style : 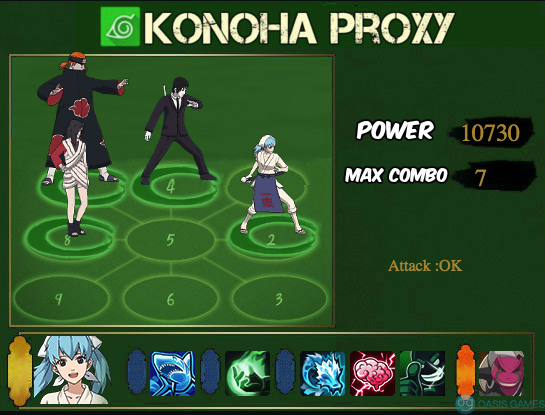 The water main position 1 can be really strong especially when you are faster than your opponent. You can make sure your opponent never will get a turn to attack, unless, of course they are running immunity ninjas. You can change her supporters with many other ninjas. For example Sakura Great Ninja War, Han, Ningendo, Jigokudo, iruka. You can combine her with a lot of things, whatever can buff and keep her alive on the field.

Hope that helps you a bit.