"Yeah you can beat a 110k naruto with 150k AGK, that is irrelevant". It's called overpowering, he can still dodge her standard, which makes it like 2 rounds AGK dry outta options and just taking hits from continous mystery by naruto 6p, but again, yes he does have a counter, at least one on top of my head and you mention it, Kushina Habanero, i beat it before, it's hard sometimes and annoying all the time(dodges and leech ofc) but he can be beaten.

it just goes to round 4+ and naruto dies because hokage minato stacks so much that kills him with his standard and special attack after konan hits him with mystery in round 6+ (after he moved).

to be able to do it even after minato stacked his passive 6/7 times and even when konan has 80+ chakra he needs to be way stronger than both konan and minato, but also other ninjas with an advantage of 20k+ single slot power do the same job if not better.

the only annoying part is that you are compelled to reach round 7-10 to win the battle, that takes a lot of time, overall in swb. 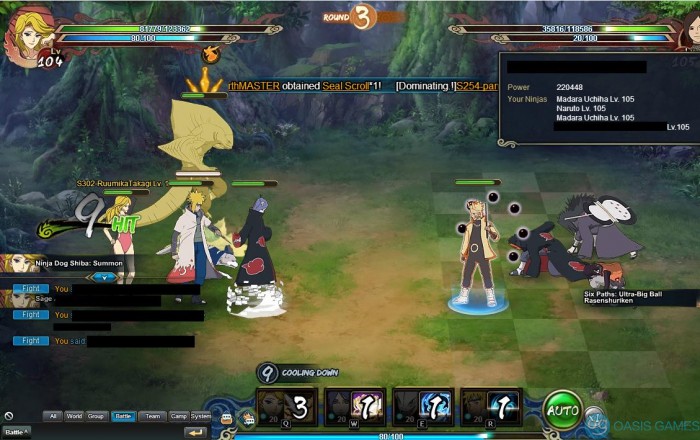 this is the usual outcome of those battles with comparable power (he owns 10k more power than me).

following round naruto will kill main for sure, but not necessarily kisame (that eventually dies in round 5) then the battle will go on as i said before.

The ninja is clearly op, now if that is the intended me

Well, at least kakuzu can be control'd :D

The team garv talked about counters it.

Kurama + edo tobirama and a 20 combo chase like kisame samehada or madara 5ks counters it.

But I'm sure there are others too just that now they don't come up to my mind.

If you expect to beat a 20k coupons ninja without owning 20k+ ninjas or without owning initiative you are asking too much (and the fun thing is that such a team exists, unless the enemy runs also edo hashi and some other strong support and is kushina habanero, tsunade full sb, Jigokudo, water main with poison tai that at comparable power makes you win in round 10 by owning higher total hp and if the enemy do mistakes or if rng is on your side let you directly kill naruto by applying kushina mystery and the full chase + 3 standards from tsunade + 4 stacks of poison that are easily 25k in later rounds).

I think he is the best thing that happened to F2P players in this game.

They can stand a chance.

Anyone who do not like him is a P2W that hates to see some F2P with lower bp beat him .

The people who say he is difficult to be countered, actually he can be if you set your mind to it.

His only con for me if you meet him in SWB he delays you ... other than that it is ok to have a good ninja obtainable by everyone in this game.

He indeeds imposes on p2w to learn how to play, unless they are so much overpowered that they can do like if naruto is another common ninja.

Meanwhile here i am patiently wait for kakuzu era *Rotting*.

like if kakazu doesn't suffer from neurotoxin or edo itachi. 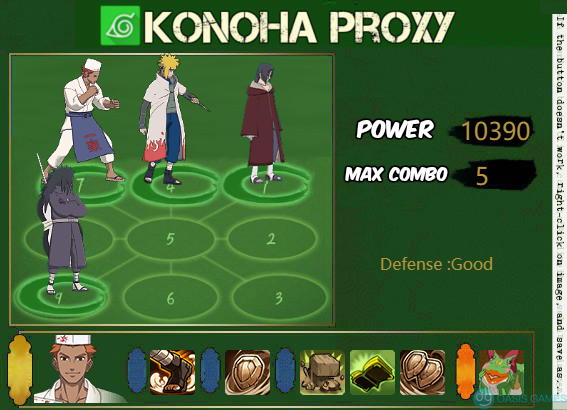 This is what im running it counters it. and you dont need more initative. ofc if enemy over powering you well not much you can do about that but reach to your wallet.

Im one of these people who while they use naruto,they dont like him in the same time.But instead of crying about him try and get him.He's everywhere because you cant compete vs other players without him.He's a ninja everyone should get if they want to compete,exactly the same thing happened with all the previous me

Im praying for a nerf too because.. they did nerf 6p in cn server(like they did with kkz).

How and when was it nerfed ?