So I'm at 160K power currently not a naruto user.

I faced a guy who had 128K power, had naruto. My team was rinne sasuke,summer hinata, shikamaru chunin, fire main his was 6paths naruto iruka,shisui earth main.

In round 1 I managed to kill his shisui earth main and iruka while I couldn't touch naruto. I was like okay no problem, since I had 30K more power I should be able to kill him. I was wrong. The battle went till 10 rounds and in the end he killed my whole team while he remained on full hp.

My suggestion is, either take away the healing from naruto or put a 3 round cd on his mystery while removing his immunity. This ninja is gamebreaking as of now and I don't think it's healthy that I can't kill him when I have doulbe the stats of his naruto on my pos1 sasuke. Yes you could argue that sasuke isn't fit for pos 1 but I still think a 60K sasuke should be able to beat a 33K naruto

not gonna happen ;) also just a tip from a friendly but truthful person...use kushina habanero if u have that much personal power, it shouldnt be a problem dealing with Naruto ashura, her kit pretty much denies him of any sort of immunity, combined with someone who has ignite like shisui.

Thanks! Will try. Any recommended full team?

This one should work, and is quite popular at the moment. 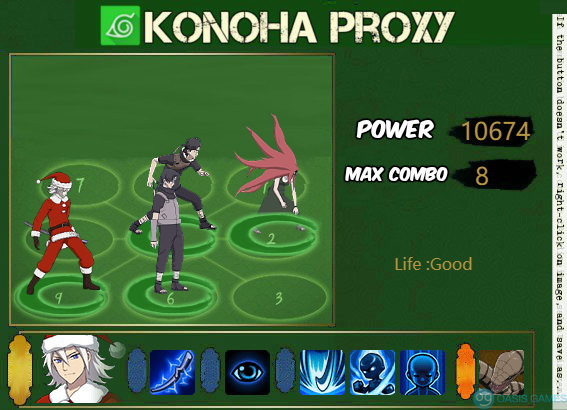