Will they ever release him ? How can Madara jinchuriki be released before ? 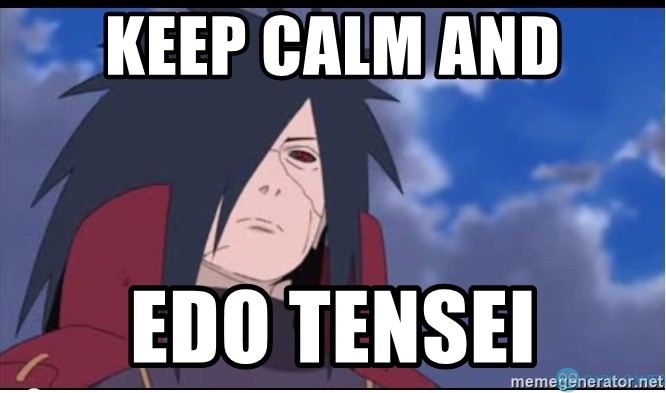 PS : The Edo version was basically immortal with tons of chakra, sometimes makes you wonder why the .....did he even revived himself.Probably this guy here is the definition of the unbeatable guy, only thing that could stop this guy was the sealing nothing more and which was impossible to get him :) which in my prespective is still better than that sage/tai attack vulnerable 10 tail madara

Is there an Edo version of him?

If so, his kit should includes three chases. He beat up so many shinobi using just taijutsu in the GNW so I expect a more active ninja and not just a supporter. Susanoo and cloning (trolling kages) included of course XD.

I remember making a little kit in suggestions a while back, prior to 10 tails' release.

I personally want Edo Kakuzu before Edo Madara though, to be honest.

He admitted himself that his strength and abilities as an edo tensei were nowhere near when he was alive. And also, his main goal was to become the ten tails jinchu, which he couldn't do as an edo tensei.