I would like to officially throw my hat in the ring to report this issue. I have 53 Lucky Credits towards the drawing. According to the deadline, I have until 20:59:59 to get Lucky Credits to have a chance in the drawing. It states that the drawing will take place three hours later, "Every 12:00AM midnight"

However, you have already removed the event as of 9:21 PM (PST) 00:21:00 server time. There is no way to give out the prizes or even verify the winners on the list. I believe anyone that has taken part in this event (such as myself) is getting misled into wasting ingots and not awarding the prizes that you are offering. I have met the deadlines and requirements as stated. As such, I demand proof on your end to show that a drawing was actually conducted and prizes were given out. Your word will not be enough because you could literally say anything (such as prizes were handed out and it was RNG, etc) and not really do it.

I have included pictures for reference and proof of my participation: 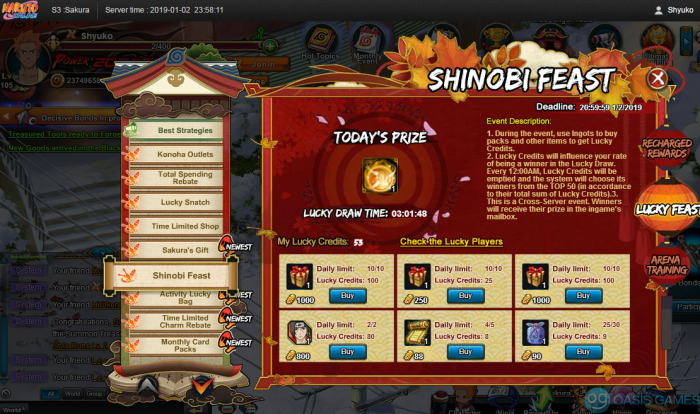 Picture of previous winners and before midnight server time: 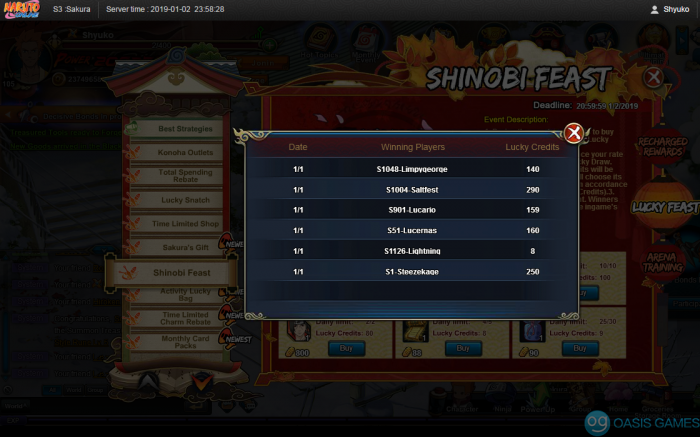 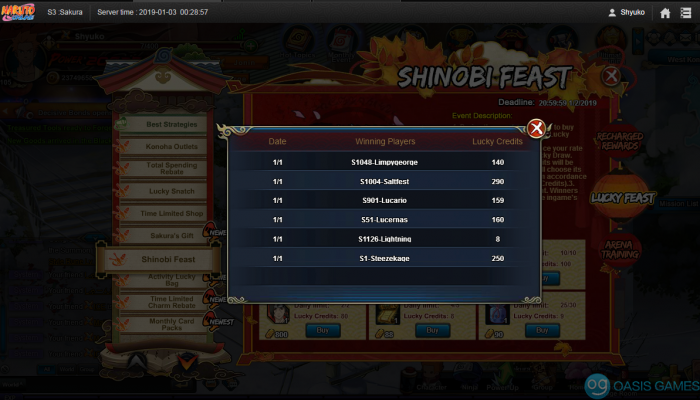 I am aware that the drawing of this time shows 2.5 hours left for the draw: 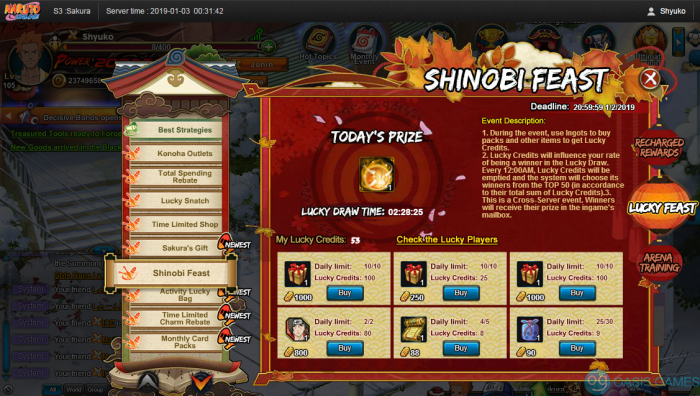 I cannot leave this interface and menu, if I do, I will lose access to this. I have already tested it out with another character and the event is missing already. I will come back to this when that counter is out with results either way (which will show either the draw and winners or no draw at all). I created this topic to preempt this problem.

PROOF that there was no draw for the final day and that you took ingots without dispensing prizes to participants: 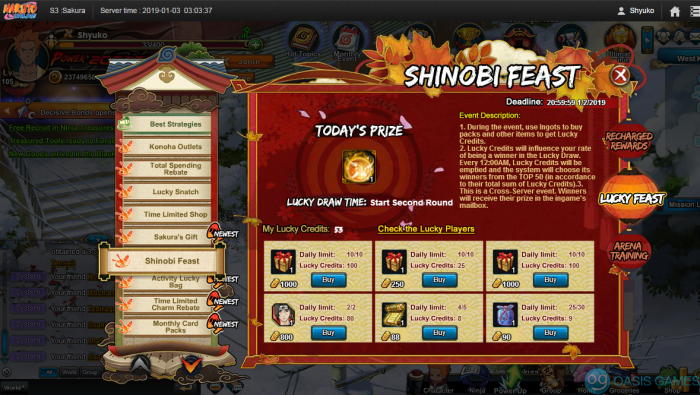 As you can see, list didn't change one bit. No draws were given and ingots were taken while no lots were drawn: 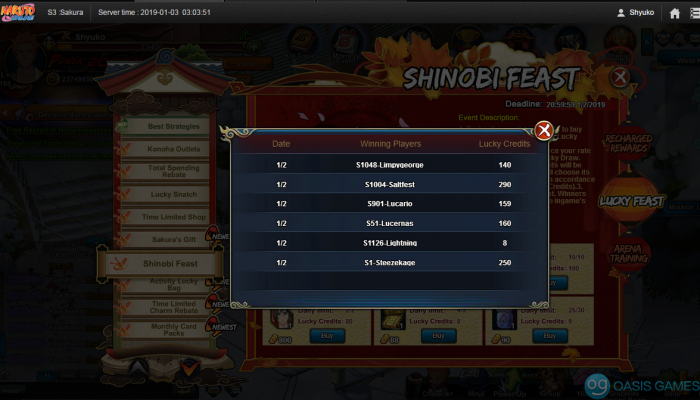 While only the dates changed, the names and their corresponding points remained. That is one heck of a coincidence if one were to claim that was the drawing for the last day.

By all rights, I should have one Gold Tool Essence delivered to mail box. Judging by how you have operated in the past, anyone that has participated needs to provide screen shots.

Some people confirmed/claimed they got rewards on last day of 7 day shinobi feast in previous editions. I wasn't online today after midnight server time, but usually events disappeared at wednesday/thursday midnight so there was no way to check who was the winner on the last day. I believe that winners in your screenshot are incorrect and date was just taken from your PC time.

What you posted is by no means proof, but that doesn't mean not announcing winners is right. Event should go one day into next event cicle with just the list of winners displayed and other options disabled.

Similar problem with wheel of fortune/sakura's gift, where last minute snipes exist... No way to check who sniped you if you weren't online and refreshing event page.

Then officially create a ticket and do the exact same thing you've done here with your screenshots.

Because all you'll get from me are words, and clearly you've made your stance on it.

I'm sure you know how to conduct a ticket.