Heard Kozo is nothing but power house, while his sub stats are kinda low compared to other lower power. Check Loco, he's actually a beast when it comes to put up a fight.

Except the fact the final boss is just messing around with a normal jiraiya , tsunade and a naruto sage mode lul

Kozo wrecks everyone if he tries. He simply doesn't because at his power level there is no point.

I've done enough bonds battles together with Eplox and Crofighter to know that when your usual 300k+ whale goes together with a supporting alt that does nothing but giving him buffs then is sure win for the two synergied 200k+ players.

@Uchihashay: we beat relatively easily even Loco when he went in with his 100k alt.

i think you guys need to observe better what that picture shows... you can see kozo messing around with naruto sage, jiraiya and idk what tsunade ... if he would put there naruto 6p , in 100 years you wont deplete kozos hp no matter what numbers you have

i say grats, idk why people gotta try to put you down, id be pretty excited if i beat someone at double my power too.

we beat kozo running his 6p team too

you can confirm with the man himself :)

I took away his buffs, decreased his team res by 20%, mystery and chased him and got off 2 standard hits on his naruto line. that was barely enough to kill his clone. i'd say this win is owed to lots of luck and better team comp on my end.

i've beaten this guy a total of 3x in the duration of my time spent on this game. 2x in bonds this year and 1x last year.

this was the one from last year, at the beginning when gnw treasures were released, when the game was sub 100-130k bp and this guy was at 300k.

rather than instant retreating as most would, give this man a fight instead, it's a satisfying win if you can make it to the end and i'm sure he enjoys these losses much more than his wins. 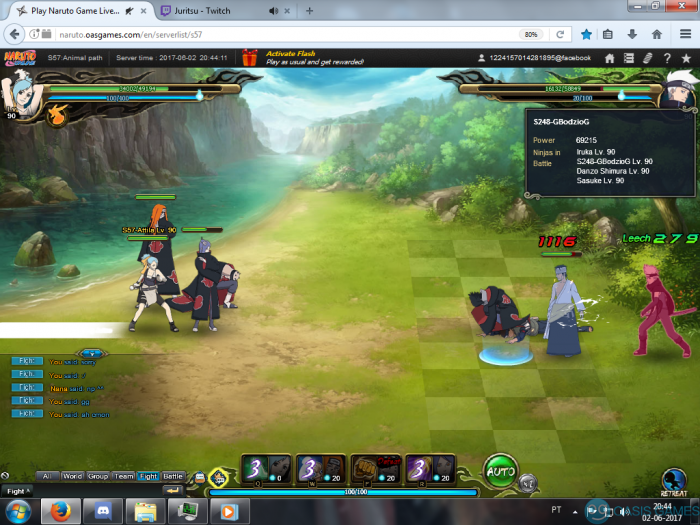 Makes me remember the days of old, when i actually beat this guy in matsuri, back when susanoo sasuke was a thing.

Personally, its more fun if you just hover at the top instead of towering over everyone.

^exactly the case with my current space cluster and what's left of the 2nd merges. most of us simply don't bother anymore when facing these guys.

the end goal is bitter sweet for them wouldn't you say? they def got what they hoped to achieve but at the cost of their own amu*t moving forward

you are overvaluing the selfhealing of naruto and undervaluing the damage landed by multiple standard attacks delivered on a single ninja.

remember that after 3 rounds those kind of battles are battles that end up with 2-3 ninjas alive on the 200-250k pair side vs only naruto alive on the side of the 300k+ with a 100k helper.

at that point naruto has literally no target to hit and so he doesn't selfheal a lot, moreover, if the targets are dodging targets, he can't enter rage mode every round, regardless what he does. 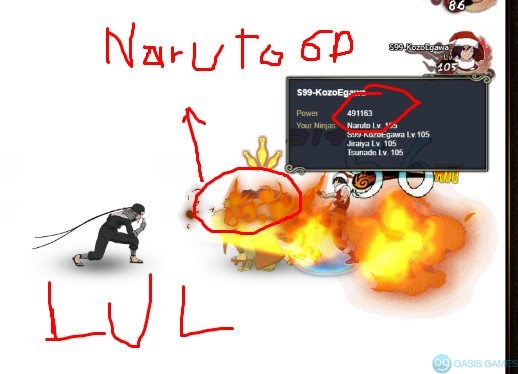 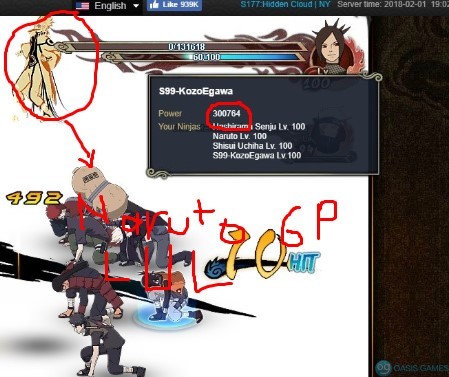 I can see you are beating many naruto 6ps lol

PS : I really want to see a naruto 6p beaten by that 500k power btw