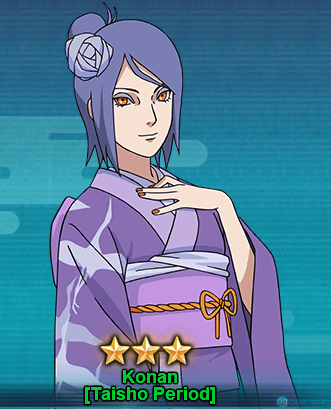 Mystery: I personally really like this double-sided mysteries, it opens nice possibilities and the ninja can work as both pos1 main and pos3-4 support, the downside is that it has 1 round battlefield cooldown so you can't use it as a support mystery in round 1

Passive: So it's the same passive as 5 kage Madara which is a good passive for sure, a great counter for hit combo teams

Passive 2: This 2nd passive is not as useful as it could be currently, because the other Akatsuki ninjas currently don't require so much chakra except for example Edo Deidara

For those who are curious if she is better than God Angel Konan, well you can't really compare them since they are totally different ninjas but when it comes to overall use God Angel Konan is definitely better.

I wouldn't recommend her much, she has her uses but there are also plenty of other more useful ninjas (well unless you want her for collection and fun of course) 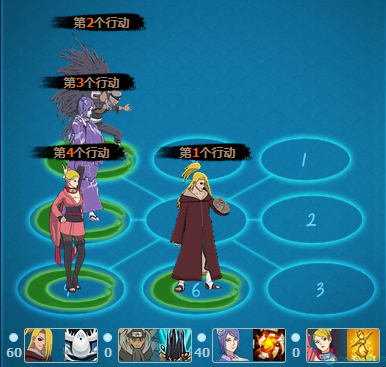 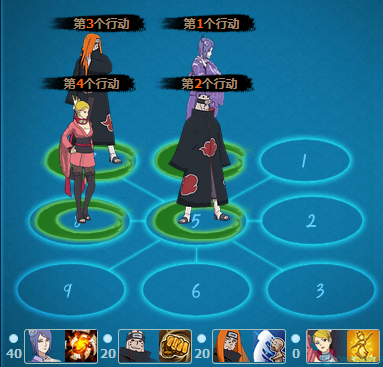 As the title says, a bit of free to play flavor

This team is quite decent, has immobiles, bonus control from more mysteries, cooldown refresh, reflect , immunity 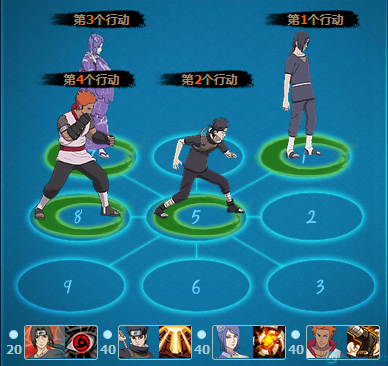 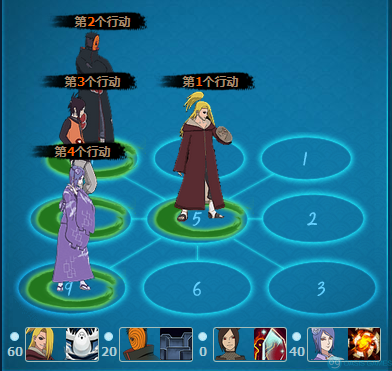 So again, utilizing the Konan chakra passive + bani chakra of Fire Main you can easily have enough chakra for Edo Deidara

I have a few water main teams that I really enjoy using her with. Note some are high P2W ninja. 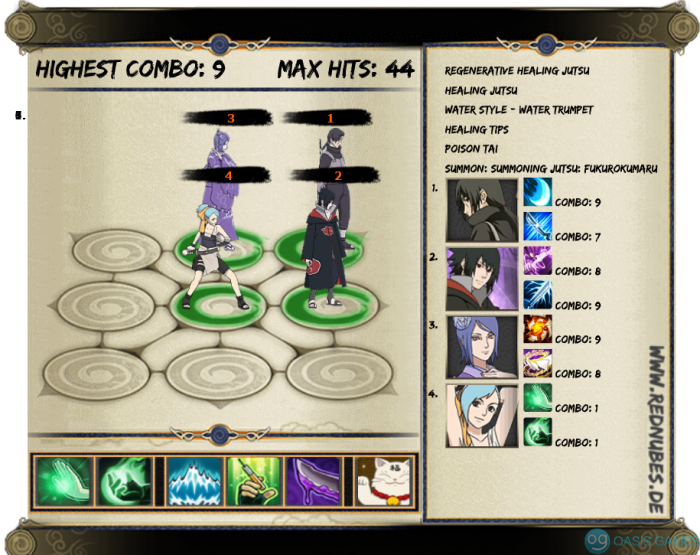 I like this team, because of Anbu Itachi giving himself and Sas Sasuke extra attacks, plus the damage that can be piled on with Water Main's 10 Combo, Sasuke's 10 Combo, and Itachi's Combo. Konan is good for giving you more chakra when Sasuke uses his mastery on an enemy. The only downside is if you use Sasuke's mastery then Konan won't chase, so you won't get the immobile from her. 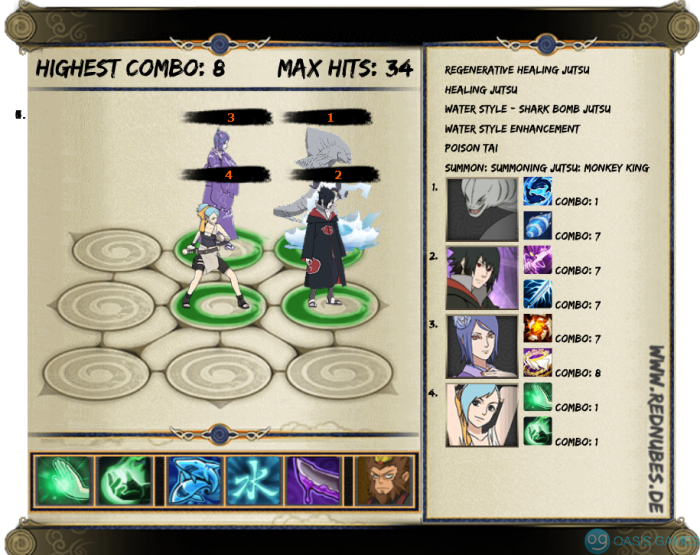 This team I really like, and has became one of my new mains. You have two super armor ninjas protecting your two supports. You have Kisame that when he uses his mastery will not only make it so no one can do anything that round, but instantly gives you back 80 chakra.. This is a good thing, because Kisame deals more damage the higher your chakra is.. Not only that, but Kisame also has the high chance starting combos off, and this team can get to the 20 combos needed for Kisame to send his sharks to drain, as well as Sas Sasuke to chase. Sasuke is good here, because again super armor, his mastery skill is good, and he can bring the damage that you need. Also this team will chase into Konan being able to use her chase skill. The reason I take enhacment of water style is just to give Kisame more damage, as well as giving water main more nin, but it could also be replaced with healing tips. 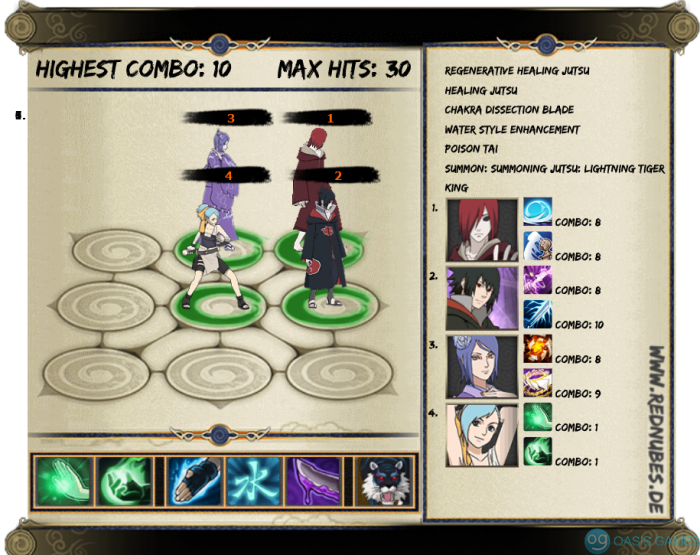 This is just a fun team to play with. Nagato is pretty strong with his mastery and all, plus he is pretty beefy front liner. You can get ignition and a good amount of DOT damage. Also draining up to 40 chakra is fun.. His mastery also removes buffs and shields. Again Sasuke is good with damage and all. To me this is just a fun team to throw out if you TI, because the Kisame version will affect your allies.

Water is also good with madara5k + zetsu with this konan, using chaos and poison, so that you can enable more safety, konan being in the front and zetsu able to provide clones for her. You can supp zetsu for a healer or something if you want just getting off more poison as much as possible is good if anything which is why zetsu is chosen as well as to give you more clones so that you can in fact poison and hurt them more with maybe even more chases. Shes really good as a dps if you can pull off dots and CC, Through combo chasing, but shes obviously no AGK.

Sounds like a fun team. I don't have Madara (5 Kage) yet. I also havn't been able to get Angel God either, but I was running the tree while trying also to get the points up for Sasunoo Sasuke, and just got enough coins to get her.

I was thinking of another team now that I could use. I'll have to wait till I get home to post it, but it's like my Kisame team, but instead of Kisame put in Kushina (RedHot) That will make it so she can break the immunity of teams.

The edit is being buggy so heres another team that can work nice, provides chakra stealing, DoTs and Interruption.

forgot to put my li

yamato anbu. ALSO UPDATE, this team is really good if youre faster, you can control your opponent even through people who can dodge, I don't really recommend this with anyone other than water but WIND can work as it can provide some nice clone protection to konan cause her defense growth is insanely tiny. lol. I've decided to make this my permanent control team as it is very fun to work with, do keep in mind, that your opponent has a 1 round window to do stuff to you so try to manage between konan's mystery and madara 5kage's stuff wisely. You run turtle ( or Koh, turtle is better against clone users), poison ( or dodge or experimental depending on how you wanna play if you want to use KoH you can go for the other two and not use poison tai.).


And last but not least you use Chaos. This TEAM however is unique to the point you C*e healing tips, cause anbu yamato will ensure with this team's chakra gain that you can immobile two opponent, the problem is, you might wanna run experimental or dodge simply because if youre able to keep full healthing people they will wanna stop you and there is a small window to try to do some sort of come back but if you play your pieces correctly you can win almost every fight. This team is heavily DoTs ba

1st I want to say that I'm sorry ICE* for taking over your topic. 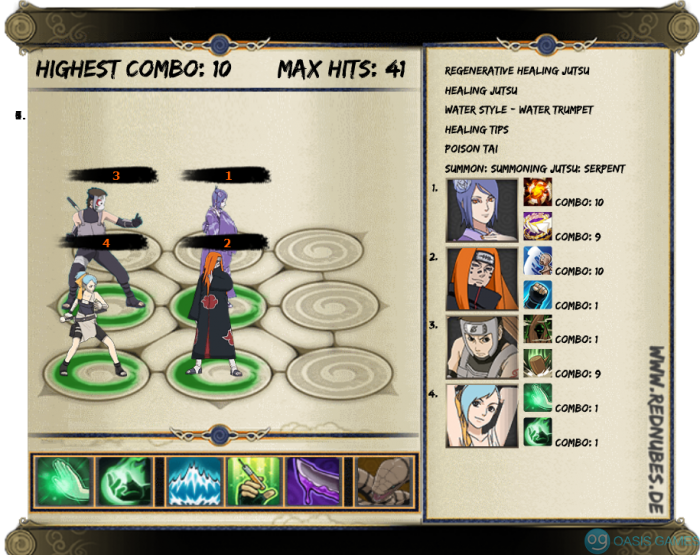 Since I still don't have 5 Kage Madara. I feel like this team could be an easier replacement. Just replaced Madara with Pain Nigo. I think Tendo will work when I get him with this comp as well.

Havn't tried it but it can be fine I Think however you wont have anything to remove buffs or barriers, so you will take excess damage you dont need to be taking. Especially with konan being super squishy on the need of defense side, it is imperative that you remove their buffs and barriers. And buffs and barriers are to game breaking in this game and people using them esp when they're super weak even than the other opponent ends up sometimes allowing them to choke off more damage than you yourself can chew.

That's why I'm staying with my main team with Kisame.

Update ( Wind type ) - This is a good offensive and defensive wind type team, most higher potential in GNW, for supporting others mostly, and just applying dots and possible 2 enemy cc on the team you choose.

You want to take chakra coordination but you can flower guard if you absolutely need to. And the passive that allows wind main to heal on chases. Everyone on this team heals themselves off chakra gain, kurenai's is alittle less consistent unless people are releasing mysteries.

You want to take reset obviously to spam them juicy shields, and keep applying dots, SAFE bet to leave 1 shield up to ensure you get a reset, perferably the position 2's shield or simply yamato anbu the person who doesnt have a buff, who is the biggest threat for 2 rounds, try to immobile them with yamato anbu at the very end of the round.

This team is MUCH more safe as I must reiterate, with EDO hashi, as hashi again has alot of benefits, chakra steal up to 100% plus the immobile + being able to break barriers and buffs. And overall provides a nice juicy heal for wind ( or water although water needs to take chaos in this team no exceptions at most for the chance of total control, BUT in some instances you maybe can risk running healing TIPS, because you can rely on immobile from the other two and from your Konan. )

Disclaimer: This team is NOT heavy on the defensive side and youre mainly relying on combo chases so no you wont get anything more than yamato's immobile, and konan's chase immobile at most. As kurenai has no place in this because you want to USE your 10 combo chase + KoH summon, to consistently apply ignite and poison each round. AND please play your cards right with your shields, and think carefully about where you put your pieces, cause if you mess up it could cost you a reset if youre not taking flower guard, but in most cases mirror reflect will save you.The heal is there ( chakra coordination) to ensure your team can take care of itself up to the mid round / higher round levels if the fight needs to last that long. Which you should be fine as long as youre not ignited, which if you play your shields correctly you should be fine.