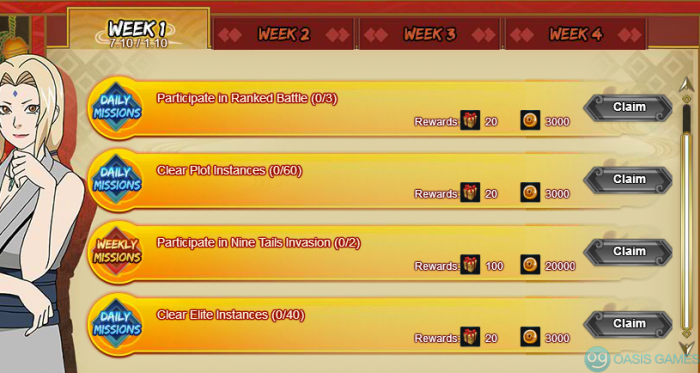 It's like this for the other weeks as well now, shocker. lol

Don't be shy. Show the group skill level up one too.

It's up already? Mine still MT..

MT started 20 minutes ago. The monthly were up already.

HOW TO DO THAT WHEN U PLAYED FOR NEARLY 2 YEAR.

if that ranked 10/10 that still on logic that for medal user. But now they came with idea *er taht plot/elite like that.

isn't this the same bug from last year ? remember we had a complain at that time too... well you know... Oasis being Oasis ... :D

I wouldn't say this is a bug, rather it's intended.

I remember this from last time. There was lots complains then too. It was fixed for next month and beyond. It's sad to see this back again. I think monthly is done by machine, because human would have remembered what was public opinion for this kind of monthly from before.

They added a new feature.Maybe, mixed up monthly events.Hope they fix it soon.