Ok, so as you know, I've got an idea of original character, being the son of two of our mains- Azure and Scarlet.

His name is Zaffy Blaze. (him to his father: "So, your first and only son is born and from all the great names you come up with Zaffy??? Dude...")

A bit about him:

Like mentioned in previous post, he is a bit wild child- hates to sit in one place for too long, usually speak out his mind, tend to pick up fights very often. He has problems with focusing on one thing for longer time, therefore his ninja training lack a lot in some things (and as his sensei said- double natures of his chakra are in constant conflict, which lead to some issues with casting jutsus but also has effect on his behavior).

Anyway: he has double nature of chakra- Water and Fire but still need a lot of training to master them. (many times he has to use water release to take care of fires he causes by accident).

He also have dojutsu inherited from father (since we dont have clear info about that and I refuse to give them sharingan- it's my idea about this) which allows him to for example: reflect 1 debuff per round to opponent- but different to Scarlet, his dojutsu is a "evolved" version- special addition to it is Passive Skill that grants Zaffy immunity for debuffs after his HP drops below 50%

As mystery he can release high temperature steam attack that causes dmg to entire lineup and blindness to ninjas in front row.

And so- enough of talking for now, let's move to the design:

All luxurious, colored version of Zaffy. I decided that this hair color is the best u.u 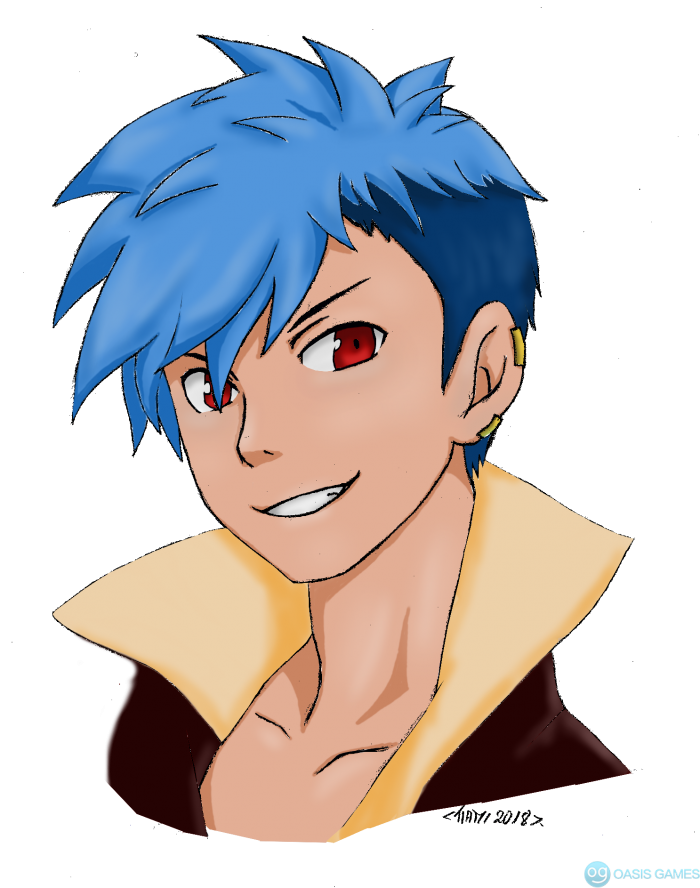 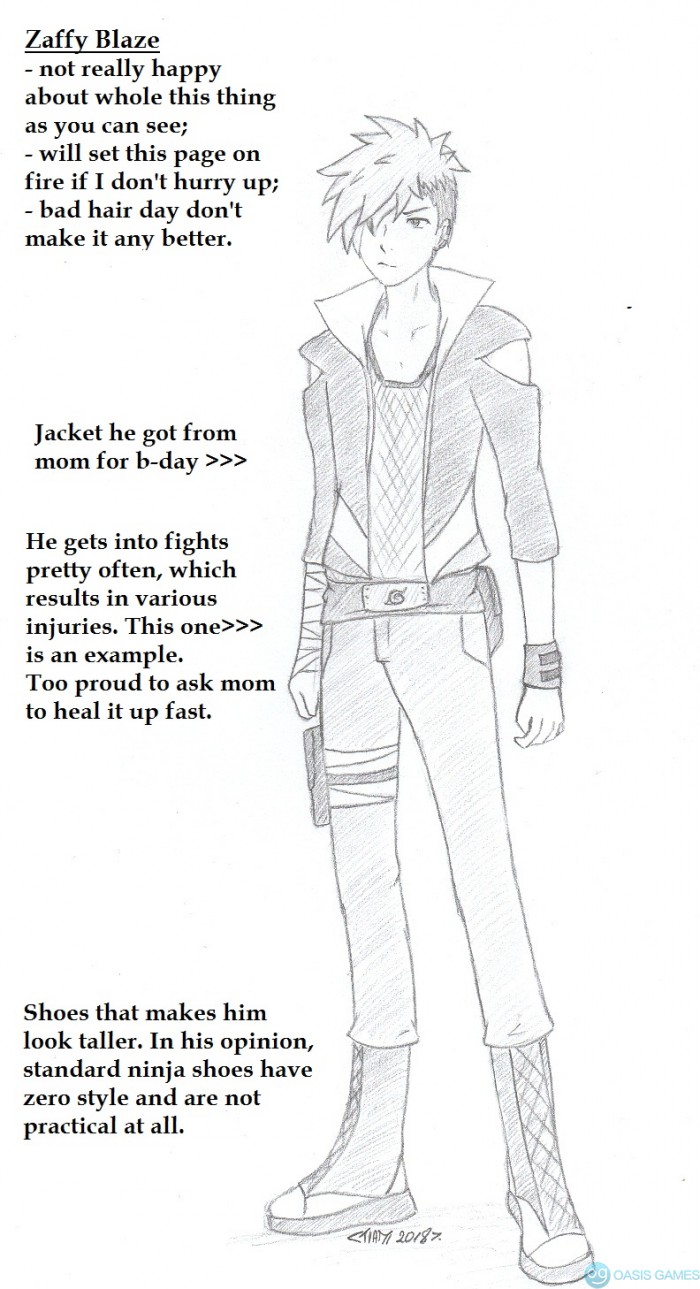 And bonus! Chib and all cute Zaffy-chan :3 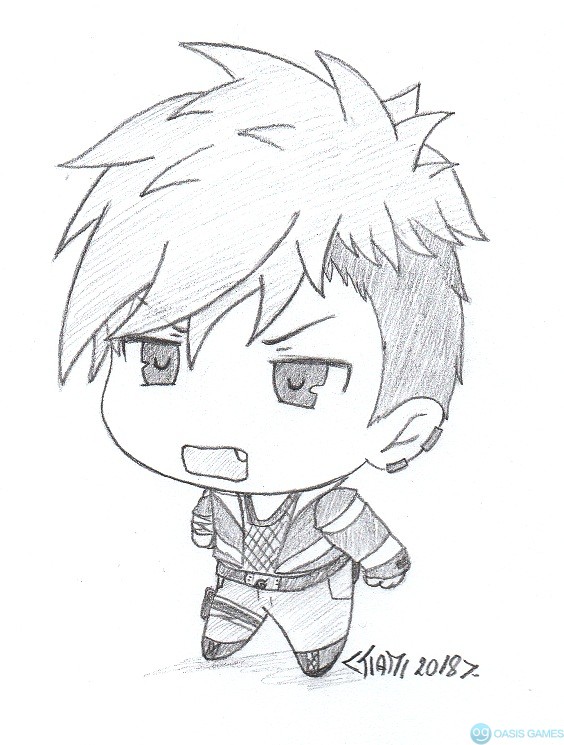 And that's all for now "breathes out" cheers luvs

*, so many details in here.

I like the digital version but you should practice a little bit on a shadowing ;)

Chibi version: I like it so much, so kawaii

Like Todoroki? Hmm if you treat chakra nature as quirks then ok, since he get from both parents- but beside that, he's nothing similar

As for outfit- he has his own style which he finds as superior- and he doesn't care of opinion of anyone. But truth is that he just needed that few extra cm of height from those shoes xD

"Dude, ya' gonna see how tall I will be when ya' will be crying on ground, begging for mercy!!"

Although, he'd prolly have a passive heal/life leech too. Don't think Azure would let him not learn any healing at all XD, 'specially with him getting hurt often, lol

And eventually he learns the basics...eventually....xD

Edit : well, chibi version of Scar since I've made several chibi Azura in the past

Ohh this looks good :Đ I love his outfit :Đ

Well, learning healing jutsu require lots of patience and good chakra control- he lacks in both. There's still a long road for him to become great ninja ;)

But yeah, eventually he will mature a bit and learn boring basics, haha

also he looks like little bit Dante from DMC5

You mean reboot version of DMC I bet- the one with "emo" Dante? Because DMC5 will have kinda oldie Dante :P