Oasis have a history of doing accidental, unnoticed and unfair things to the players. People, first try to understand the type of the game developers we have. Try to understand this season, it's Naruto's birthday week. I know many of you people started to play this game cause of the anime. They said this is the only official and authorized game. I don't think there's anyone who's playing this at least not watching a single episode of Naruto. So as I said earlier, Naruto 's birthday is on 10th of October I think. He's the protagonist, so obviously there should be an interesting change in the game. They gave sakura cloak and sasuke suit for almost free and gave event exclusive ninjas for a significant price. A few hours ago they changed naruto's b'day event and while ago they changed sakura's gift. Some people complained about this whole madara incident. They saw the difference between 10K and 20K but forgot the all extreme valuable resources received from fukrokumaru's event. Ton of power up equipments and 80 frags of kisame samehada fusion and hokage tsunade. Now 5k madara costs more than 20 K coupons, only ninja frags , no other gifts. Are you all happy now? I know oasis won't give us a happy end. Soon they'll delete this thread as well. So my message to the community is, play the game in an entertaining way with others and stop being selfish. Otherwise keep your mouth shut. Thank you!

Daiske is that you in the picture or your crush xD

It may have been 20 at the start and the months after but you did changed it to 10.

And for a good reason, it was the worst event imaginable at 20 coupons and no one spend on it. Who wants to buy items in an event that cost more than the regular shop? You could just raise the points needed for the ninjas in question and leave the food sacks alone but what do i know?

its fine boss, just to make a note here, that bring some questionable from my perspective are why something like this "price fixing" is instantly and without note. while some bug that been there since 5.0 released still untouchable? why do i still get daily quiz on germany.... its not like we can copy paste to translate. or its has been years people asking for optimizer/tweak on the bl

] as after rereading what i end up writing down, i realise that every single thing people are saying you've already brought up and all of this negativity/anger only burdens the community thus we should remain positive to make this forum an asset to anyone else feeling perplexed about the situation

We do not plan to bring back previous price of Sakura's food-sacks. Its price was supposed to be updated this week.

For more info, please visit this thread, I don't want to type same thing over and over again: click

And here you can suggest what you would like to see as compensation, Please keep in mind, that we will not send coupons, ingots or ninja fragments as compensation: click

Idc about COMPENSATION nobody wants dangos and other useless stuff.

We want the original foodsack price.

just bring back before price fixing and that ninja pack. as simple as that, as thats what the vast majority were asking for, not the people tho make this fire starter by whimming about how cheap its which lead us all to this lame situation. now f2p will be happy again, low-mid spender that havent got those and already way will happy again... problem solved.

Another post to clarify things, before people on other sides start raging too. I'm trying to size up the situation Oasis is in.

First, except for the first time, Madara 5 entered the game,

which might be 20k but I obviously didn't spend then and didn't cared..

Madara 5 has always been valued at 16k flat for the next 3 to 4 times it appeared.

If you paid for 20k it's because you bought it in a package with other things.

In 10cp Sakura Event, Madara 5 is 10k not exactly half price (so stop making the situation worst)

No veteran would be offended by flooding because if that ninja is that good, everyone will get it eventually.

It's just that the time span just got shorten due to you know what.

However Oasis now have a seriously big issue. (The flip flop on valuation after released)

After 20cp adjustment to Sakura Event, Madara 5 is 20k flat, v expensive for the first time.

And I really pity the rich people in US server (or any other server) who still go for it at 20k flat.

But if Oasis suddenly return the Sakura Pack to 10cp again... those people might be raging again. (bummper)

Then again, I have no idea why those people are not already raging in the first place!! *gasps*

(For lack of understanding, maybe they didn't bother or cared in the first place)

Maybe because they are so innocent, or rich, or they don't know what is happening in the first place. (who is to blame?)

Conclusion, (Just IMO) Oasis you are in the cross hairs, no matter what you do at this stage,

It's not gonna be nice for "all players", I don't even care about people raging at this point... as mostly it sounds petty.

What I want to see is what is Oasis stance on this issue and if they learned anything from this round of mess.

In fact, a good official explanation/reasoning latest by the 10/10/2018 on their decisions, and an apology and recognition of their mistake.

(To assure us Oasis learned, still/actually cared of what?, and could take a stance/game plan and promote it effectively/consistently)

And whatever compensation they finally decided is fitting, hopefully will elevate the entire mess (if any by a little)

Well, as Oppai would probably agree as well "Good Luck!"

It may have been 10 at that time and the months after but it did start at 20.

I got you bro 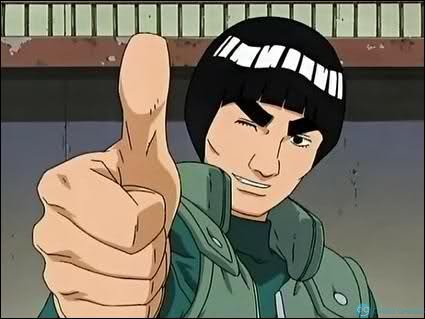 I think I'm gonna pit some thoughts here for what seems right. Maybe we can come to terms with something after all.

Feel free to debate, this is what the forum should be used for, communications.

One, the people who complained first, did so because they have spend earlier

and cannot spend in this supposedly "awesome cheap" event. True?

Two, might be "that Oasis change things midway because they themselves agree

the valuation is not right? Or unbalance" True?

Three, the people who miss the opportunity were raging,

because a ton of them would even recharge now just for this "awesome cheap" event. True?

others like Kaizer said he would get everything again...

Because the valuation is good, to four or five star as much of those hot ninjas. True?

So what is the real issue here of the complains in the first place anyways???

Flooding of ninjas? The most you can get is 100 frags of those ninjas. Imo not an issue for any f2p, p2w etc.

I'm not sure if the majority player ba

As much as valuation goes, sell expensive and sell little vs sell cheap and sell a lot..

Well Imo Oasis can still turn this around by making Naruto Online great again XD, make it fair for all 10cp for Sakura Event.

And hopefully neat stuff will continue to spew since we are still a good way from cn version.

Please don't make this a fiasco of oh luck, instead turn this around and sell your game for goodness sake.

Just my 2 cents about the big world out there, take it or leave it. 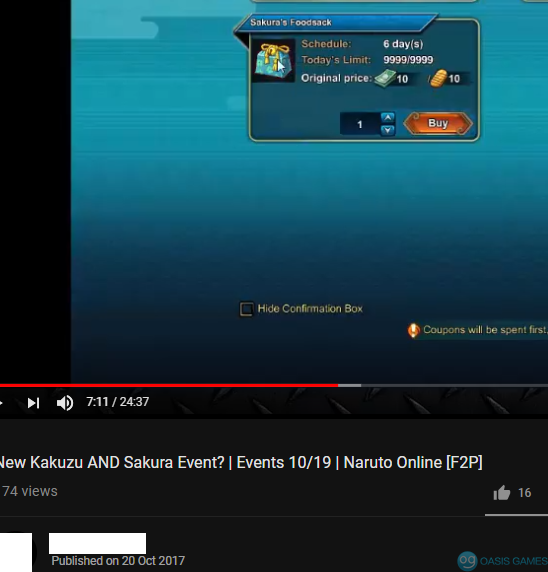 That comment was not meant to be serious as there are several people on here that will say they will "leave" or "stop paying" after drama happens here but they won't as they come back again to say such things again.

No that is just reality. For the 18k the others spent to get him in the past events, they got a lot more than just 5k madara frags.... This event, yea only frags. There was no reason to cry about it in the first place. We, or at least I, am pissy because a couple of people complained about a perfectly reasonable price without thinking and ruined it for all of us. Which btw probably ruins that whole event for the foreseeable future. It is worthless again..... Now we are seeing that complaining returned 100 fold. Only natural. As another guy pointed out in another post; even for items, advanced refine runes as a current example, cost more from this event than they do from the normal shop that is always there in the bottom right....average of 40 coups from sakura's gift, and 38 coups from shop.... yea pointing that out is self-centered....Sorry I didn't realize you like to wait weeks to spend more on items you c*ways buy for less....my bad...

Most likely people will not leave unless they are new player, not invested, and feel this mess. Personally, I'm invested in the theme, so unless another naruto game came out and is as good as this, I won't leave. I'm looking at the new naruto online mobile version from tencent, waiting for the english version.