So this is the most perfectly balanced feature in the game, a feature where both you and your enemy have exactly the same ninja choices , exactly the same stats (not even treasured tools like in arena), all summons and summon mysteries, and exactly the same init (kinda, will explain later) What this feature comes down is mostly:

1. Your skill to build teams especially in such a short time that you are given

2. Luck (either the luck that you get an enemy that is not a good player, and you also kinda have to depend on the main character luck as you can't change mains and you can't know what your enemy will use, especially the fact will that main character fit with your given ninjas)

Let's talk about some general rules

You have 4days and each day can do 4 fights.

But you got a total of 8 fights.In order to fight on last and 5th day you need 8/8 wins and only those with max 8points fight for the 9th

For example if you do 2 days of 4 fights you are done with it, you can't earn more points in next 2 days (so this is mostly due to the fact that some people might be busy and can't participate on all 4 days)

It's also interesting that you can watch other people's fights 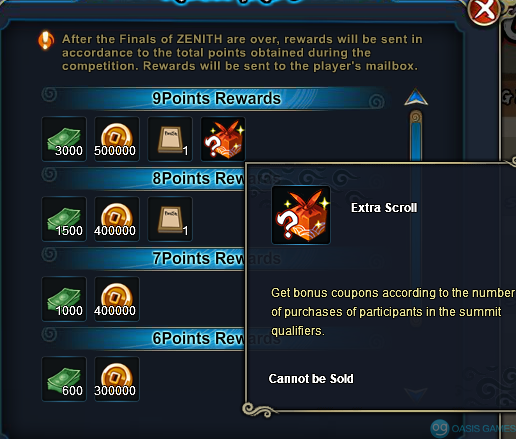 Now let's talk about the "inside of the fight"


- You get paired with someone randomly from your entire region and who has same points as you (like arena, so for example whole UK region)

- When it comes to picking ninjas I'd say the best choices are the "fully breakthrough" ninjas because they are like 1-2 points and can be pretty strong, and generally avoid picking the 6+ point ninjas, generally as they take a lot of your points and you won't be able to pick more good ninjas, and for another reason that I'll write below the picture - You can see who has the Initiative advantage for certain fights in the team-making tab on the right side. 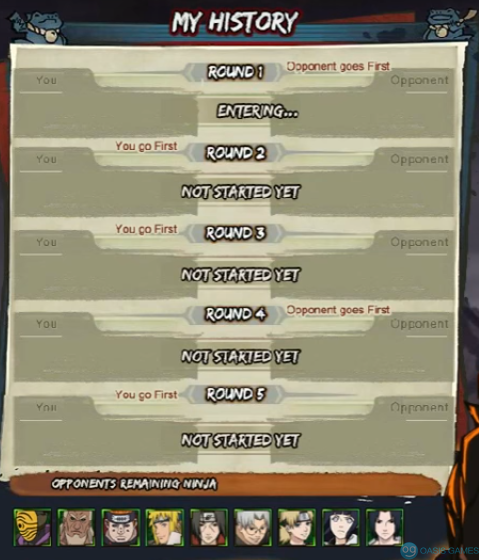 - Opposite of Matsuri, here once you WIN the fight with a certain team you won't be able to use those ninjas again

- Interesting fact here is that you c*ways also see which ninjas your enemy has and which he can't use anymore, so on the last fight you are guaranteed to know what ninjas he would use, so this is also about strategy

That would be all from me for now, if you guys think I missed to talk about something important please let me know in the comments !

Uhm ... where does it say you can only get 1000 coupons? o.O I mean ... even if you lose once or twice, with 4 fights daily for 4 days ... you can easily gather all 8 points to get 1500, no? Because for loss you do not lose points. The picture included does not really say otherwise. Unless Oasis as always used copy paste from german naruto translator and failed the translations. What I'd like to know tho is ... what does it mean "lucky nin" and "complete" next Itachi and Tobirama/Oro ... might "complete" mean that they are fully skillbroken? Is there a quick way to see which ninja is? As you said ... you have very little time to make teams, So ... can't waste any.

From what I understand you can fight 8 fights total in the first 4 days. So if you lose one, you can't get 8 win reward anymore....

If i pick full breakthrough Tsunade, for example, what skills will she have? +2 normal mystery or +2 Y?

she will be full BT , so no need to worry about this .

They are the great picks to have

All the other questions were answered, thanks guys !

This is too hard for me. Do we get rewarded if we lose? I lose 3 of my 4 fights so at this point shouldn't I just quit zenith.

You can check the "rewards" tab, You start getting coupons at 3 wins , the rewards come when the 5 days of event are over

may i ask, never been inside of it. wanna prepare for it.
1. so don't pick 6+ ninja? is that mean we had limited point to pick for all those 9 ninjas? how many point is that?

2. should i pick all fully breakthrough ninja?

3. It's said starting at 6pm (from what i've seen on arena), is that means i should ready on time or i could join abit later like 7pm or 8pm?

2. Only if the ninja is decent. But a lot of those are rather cheap. 2 Star fully SB Kushina for 2 point is hard to turn down, when you see wht else u get for 2 points

3. It got fair match making (players who are 1-0 play versus other 1-0 etc.) so there is no reason to show up late in order to dodge someone (as you might be able to in matsuri). Also, as you will find out fights can go 5 rounds and take 30 minutes+ and you have to do 8 of them in 4 days...which can be a lot considering the time window and the other events that you don't wanna miss out on. Be on time.

ah ic, thanks alot for the info. um.. may i ask when does it closed? im kinda late today, when i try to join, it's already being closed.

You have to squeeze fights in between other events, keep in mind that each fight will most likely take you 25-30 minutes in zenith

the only part im a bit confused on is the points. How many points are there in total?

nvm i realized it was at the top left of the screen.

I personally love this game mode and i hate the fact that its available only during the last 5 days of the month. :(