Quite frankly I am bored, and I decided i'll just start a discussion thread for the hell of it here. I just want to hear from yall and see what lineups you guys use for PVP, or just for fun, and maybe people can get ideas for teams as well.

I have 2 favorite line ups.

2 attacks each round on 4th Hokage so he can scale quicker.
Jigokudo healing 2 units removing 2 debuffs 2x. Yes plz
Water Main supporting with Healing Tips and Poison Tai,
Pakura offering Immobile and Ignite to the team while giving Jigokudo and 4th Hokage 2 attacks.

Kurenai to reflect a debuff (Shisui/MM counter) and for Chaos on Chase for guaranteed CC
Kakashi Anbu to make LM untargetable from Mysteries. Deals a lot of damage to Non Konoha Ninjas, C*so kill Roshi round 1.
Darui to provide Barrier to increase Kakashi Anbu, LM, Darui's Damage
LM to provide Leech, and RoW to keep my ninjas for the most part immune. Then finishing anything off in round 1 that Kakashi Anbu didn't kill through mystery.

best team i ever had

my favourite team atm is JM (with bonds), Madara 5kage, water main and edo hashirama :') it's just a massive hole of debuffs (para, tag, immo, ignite, poison, acu, chaos) and solid cancer heals. and when edo hashi gets his skillbreak...well...

i don't use it, ofc XD i use a variant of JM-sharksame, something i also found off the CN servers and modified. It's a pretty ok team, if slow, and there's a massive blind spot in round 3 which i completely detest. I'm still trying to learn how to play that team better :3

Line up: place Sage naruto second, minato 3rd, and iruka 4th so that naruto clone can get shield buff

over 1 year using this team 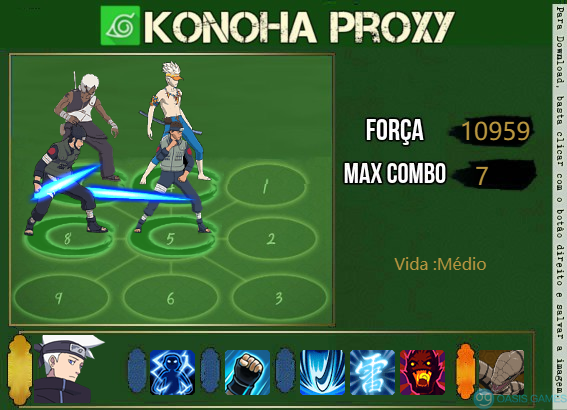 Currently 73/80 for Sutachi then ill be running: sutachi, shisui, MM or iruka and fire main

Roshi barrier and chakra generation make for a powerful combo, and total immunity for 2 rounds really shuts down a lot of control teams. Combine that with double immobile with kushina chase and roshi mystery in r2 and repeated in r3 with dance, makes it a hard team to beat

I have two lineups I like using, one of which I don't use (due to it requiring me to go wind, which leaves my ranked team more vulnerable.) and the other being my current main team.

I just really, really like both Minato's, great damage, a dodge, good control, they're fun to play with, but I like using JMinato in 1v1 due to the nature of his abilities, and bond abilities only made him better! Wind's set up with dust storm, as to deal with buffers (Impetus is nice...but I prefer being able to counter teams like Kushi to some good extent, plus Minato's the main focus here, I just like Dust storm more.), Gakido for anti-poison teams, I really don't like fighting against water mains due to pretty much every single one being reliant on debuffs like poison, ignition, or chaos. It just gets really annoying and Gakido's my best idea to counter this. And (normal, yet skillbroken) Gaara to take the barrier.

It's meant to keep Minato up and running and my team nice and stable, with stuff going for it.

My other team, my current one, is Susasuke-Masked Man-Lightning-Anbu Itachi (occasionally switched for Kurenai).

I really like the control I get with the team, Susasuke has good damage, Masked Man helps a lot, Lightning helps keep things under control, the P4 helps keep the team together, I have fun with it, but it isn't an auto team, not at all! 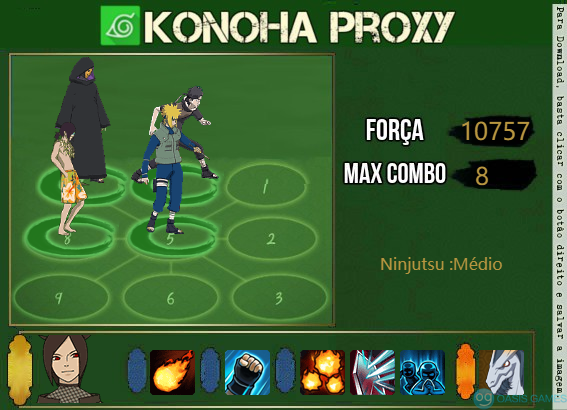 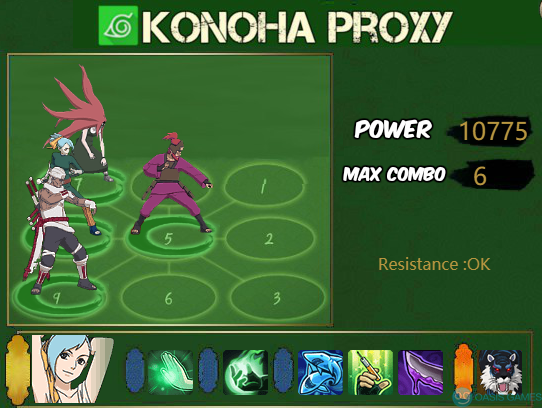 Can you tell me mote about JM-sharkmeda.? Thanks and also talents.

So the general shape of the team is JM, sharksame, 1 support with reliable control, 1 main

I've seen all kinds of pos3 support. Agk, Ningendo, Masked man, swimsuit sakura (which we don't have in our version yet), edo hashi, kurama naruto etc. The list really goes on. Right now i'm using 3rd raikage for this position.

Pos4 main can be water, fire or wind. I've used both fire and wind for this team and it usually depends on what you're running. I prefer fire for his 10 combo chase, but i really f'ucking miss dance of impetus.

Kurenai is constantly causing chaos, she has a mirror, her mystery heals a ton and disperses debuffs, and she generates a lot of chakra for the team. Shisui's mystery and standard are super strong, plus his mystery does a two round chaos, his barrier buffs the whole team, and he has a dodge. Habe Kushina is immune and super tanky, her self healing is massive, her mystery gets rid of immunity and does a ton of damage, great for dealing with Root and Jin teams. The Fire main's immunity mystery protects the whole team, and the red lotus passive buffs shisui and kushina's nin and combo, and makes it so every time they kill anything with their mystery it resets, so if used right, you c*e Shisui and Habe Kushina's mysteries every round.

i just love to use combo teams like TenTen (skill breakthrought), Hinata [cloak], GNW Temari and water main [skills 3 2 4 4 2], its good buffs for Hinata with crit and female squad + posion all. i also use Roshi, Jaruga, Hanbi and water main with skills 3 2 4 3 2 it has good debuff (posion accu and ingo for all ;p) i try it use with chaos crit in place of healing tips but my crit rate is to low :P and that teams dose not go well with dodge teams that ppl use now (all have MM, JM, Shiusei or something like that ;) )

What about te SUPER me

I use the a standard LM Shisui team. 1/4/1/1/3 with Serpent as chase and monkey king as mystery

The variation of LM at sec place instead of third is to stop the barrier of Madara five Kage, which is becoming common in pvp. Kushina's attack causes paralysis which can lure out the mirror of Kurenai or fire main. Wind/Water main is often put at third or forth place, so it's not a problem for Shisui to stop them from refresh or healing. And this team has a high single target damage if Kushina get's to use her mystery before shisui attacks. The only problem now is that water chaos team, but I think that's a pure initiative stack problem

fun fact kakashi shonen does some solid damage in arena. i use him, obito and JM in arena for *s and giggles on a good day.

i have also seriously used the quiz cat as pos2 cc just because i could. it took me 4 tries before i could get someone to fight me seriously XD

was happy till i read edo hashirama

my fav team is edo deidera madara 5 kage watermain and jinpachi (poison and ignite for the win!!)

2nd best is minato(bonded) madara 5 kage watermain and kurenai(paralysis poison ignite and tag for the win!!)