How much ability scrolls are needed to get the ultimate ninja tool essence ?

I don't know how much Ability Scrolls you need to use but my Main Account already got 3 Yellow Essence since the day the feature released .. 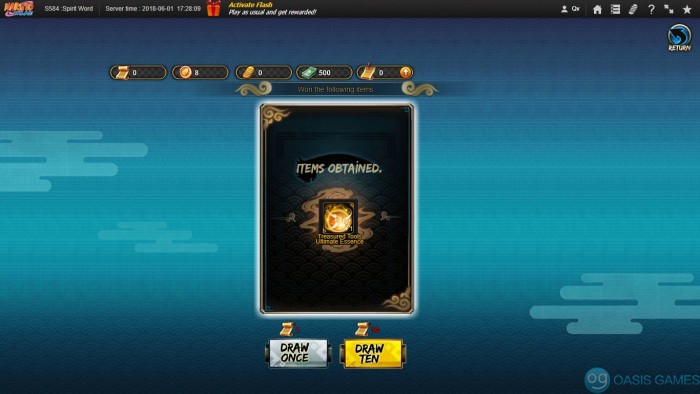 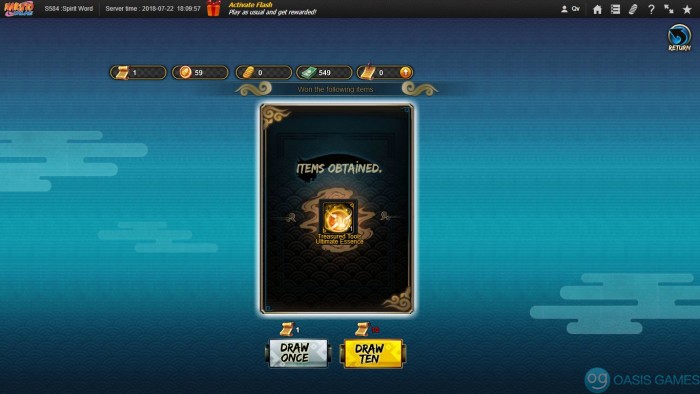 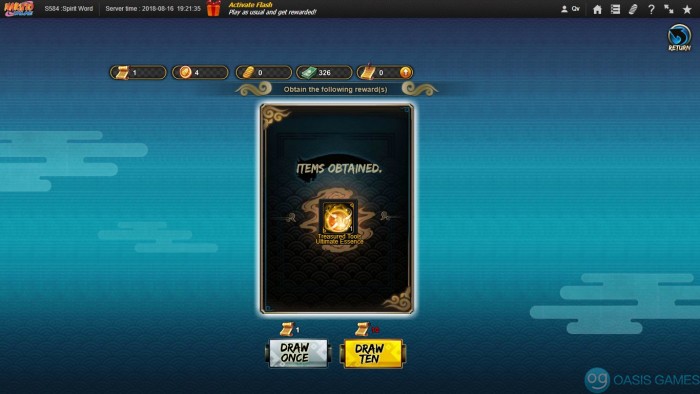 I never used any Ability Scroll, all just from the FreeDraws daily (as you can see, i still have the Ability Scroll from the 2nd Anniversary - Sign In rewards)

Yeah, but FreeDraws and pulling using Ability Scrolls are almost the same way as far as i know, so with what i've said above, you can get an idea how many Ability Scrolls you need to use to get Yellow Essence ..

what about purple essences ??

I dont know how many scrolls but you can exchange ability points for essence ... I think its random i ve only got once from free draw.

Within 128th freedraws before getting my 1st free yellow essence, i got 3 times purple essences and 1 yellow scroll .. So maybe it's around 40 to 60 per purple like commons or rares in seal scroll treasures ..

How many gold scrolls have you gotten, Qv? I have an abundance of those and just 1 gold essence

I only have 3 yellow scrolls as of this time (im at 209 freedraws) .. 6 purple scrolls and 11 blue scrolls .. So maybe its either hit a Yellow Essence or get Yellow Scroll .. :|

I’ve only gotten one from treasure so far and I haven’t missed a day.

Just know that you have been the luckiest possible. For your performance with 3 gold essences in 210 rolls exist another 1000 players like me that got 0 in the same 210.

If you roll a dice 3 times and you get 3 times a 6 you cannot tell to other people that is normal to get 3 sixs out of 3 dice rolls.

Well I'm not blind u know

It's RNG. My brother got like 5 yellow scrolls and a lot of purple and blue. But never got the ultimate essence

I know that fact that's why i do not drop words like "you can get it at this number for sure" kinda statements, that's why i always use the word "Maybe" because it is not sure ..

They cost 120 points in the shop, and it's 1 point for 1 draw I believe. Drop rate is just random I think.