The entire courtroom was murmuring, waiting for the trial to start. Fuyuko, a blue-haired nurse, stood nervously on the defendant stand, as Hiruzen Sarutobi, one of the most prominent judges to grace Konoha City, b*nged his hammer against the gavel and cleared his throat.

"The court is now in session for the trial of Fuyuko Hebi." The elder looked to his right, where in the defense attorney stood. "Is the defense ready?"

The defense attorney is Haruki Uchiha, a lawyer who ha already done four previous cases, all of them being murder related. Haruki nodded his head. "Yes, Your Honor." he said with clear conviction.

Hiruzen nodded, satisfied at the answer. The judge looked at his left, where the prosecutor stood. "Is the prosection ready?"

The prosecutor, Mangetsu Hatake, who's also the Chief Prosecutor of the Local District in Konoha and childhood friend of Haruki nodded and bowed. "The prosecution is born ready, Your Honor."

"Then I see no further reason to delay. Will the prosecution make his opening statement?"

Once again, Mangetsu bowed and started. "The victim, Orochimaru Hebi, a well-known scientist residing in Konoha City, and the defendant's father, was found dead in his home, 12:15 A.M. He died of blood loss, his left lung punctured because of a stab wound. The presumed murder weapon is a scalpel, which has the defendant's prints all over it."

Hiruzen nodded solemnly, having known Orochimaru since he was a kid. To him, this case was a bit personal. "Very well, the prosecution may call out it's first witness."

Mangetsu nodded and looked at the crowd. "The prosecution calls Detective Daichi to the stand."

Although not obvious because of his green cloak, Daichi is a dark-skinned male with orange hair and a buff body. He had a nice goatee on his chin and a small scar on his right cheek. Mangetsu tapped his arm and spoke.

"Witness. State your name and occupation."

Daichi nodded. "I'm Detective Maito Daichi, I'm the detective in charge of homicides down in the precinct, sir."

Mangetsu nodded, pleased at the introduction. "Good. Now, Detective Daichi, please describe to us the details of the murder."

Haruki narrowed his eyes as Daichi spoke his testimony. "Let's see what type of contradictions I can dig up in your testimony."

His death was quickly reported by one of his subordinates, around 12 A.M.

Then, a witness came to us, declaring that he saw the defendant kill the victim.

That sealed it, and we arrested her on the spot.

Plus, the scalpel had her prints on it and it was coated in the victim's blood

Haruki processed over his thoughts, trying to think if there was any sort of contradiction Daichi said. He looked through his Court Records, wherein lay his Badge, the Autopsy Report, a photo of the crime, the murder weapon and strands of silver hair. The attorney looked at the photo once again and his eyes widened.

Hiruzen was pleased at the testimony and looked at Haruko. "Mr. Uchiha, you may begin your cross-examination."

"Thank you, Your Honor."

His death was quickly reported by one of his subordinates, around 12:15 A. M.

Haruki pointed right at the detective as he said that. He slammed down his hands. "Are you sure about that, Detective? Well, take a look at this photo!"

The attorney presented the photograph to the entire court, which showed the crime scene. Orochimaru was slumped down on the wall, his eyes no longer open. The area around him was a blur, but there was one eye catcher in the photo. There was one huge red spot in his chest.

At first no one seemed to notice, until Mangetsu flinched and brought his hand down. From there, it was a domino effect.

"Clearly, the photo contradicts the testimony. There's only one stab wound in the victim's body! If there were indeed more stab wounds, where are the others?!" 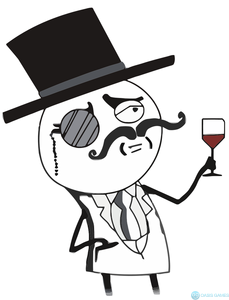