So i have enough coupons to buy Shisui if he become redeemable ninja at next event.
My main line up is Kushimaru Blitz now, that's why i wanna change it.

What best decision for me? Should i buy Shisui or continue saving until 20k and then spend when Fukurokumaru's Deal and Lucky Stars come together? Hope the redeemable ninja at Lucky Stars is Madara 5 Kage.

How about you buy obito now. He only cost around 17k coupons plus if ur lucky then you can get kisame fusion. And foku deals now is having hinata summer as the free ninja.

He cost me 20k xD, anyway shisui me

It might be because he's relying on coupon spending, as I do myself, when you play like that you must plan ahead & pick up ninja worth picking up that will help you in PVP in the short & long term, things that can make an impact in the short term so you can then focus on spending on Power more so than ninja, Ninja collecting for the sake of Ninja collecting is pointless, people should only do it if they have the means to do so & really want to.

Fusion does nothing for him without the required ninja, he'd need to pick up Angel Konan, or Deidara to fully make a half decent team, Fusion is not a carry ninja by himself like Shisui is.
Madara summit is a crazy ninja, but again is a ninja that does more than Fusion by himself but still requires a carry ninja along side him, he's a support that cleans buffs & shields for a carry Ninja to then destroy Round 2.
Hinata Summer is ight, but still, Shisui is better & allows him to bond Mystery Itachi Anbu(which will then become Hinata Summer) which will compliment Shisui way better than Hinata can.

Shisui you can utilize him very well & he's a very strong ninja by himself due to him having a barrier, he'll never been fazed out of the me

Shisui definetely strong , but if u have coupons to get Madara 5 kage , I would definetly suggest him .Coz cmon he destroys blitz .

What's The counter for Madara 5 kage in the future? 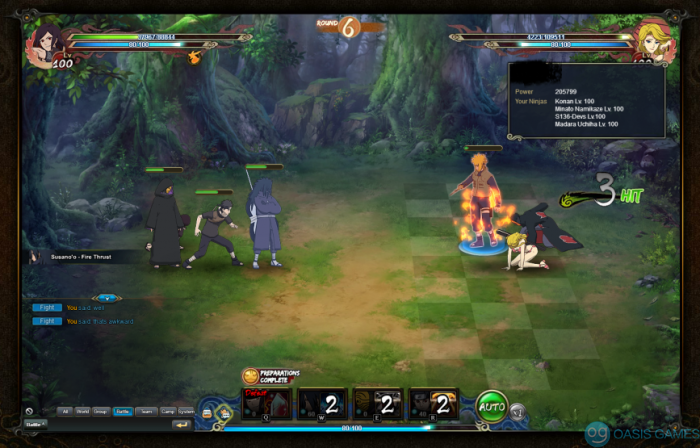 You still can cc him before he casts mystery. He only dodges chase(s).

Shisui Online is still a thing