Mangetsu was slumped over on a coast, unmoving. His chokuto was embedded deep into his back, blood flowing rapidly out of his body and into the near-by river.

Daichi was leaning against a pillar, severely wounded. He gritted his teeth as he clutched the large hole on his right shoulder, trying to prevent the blood from further seeping out and pooling below him.

Fuyuko and Sakura stood over Aimi, her body covered in third-degree burns. The two medic-nins clenched their teeth as they steadied the blonde's breathing and continued their best to heal her burns.

Kakashi knelt besides Haruki, who was still like a log. The Uchiha's eyes were glazed over, yet blank at the same time. Kakashi kept his right hand over Haruki's chest, a small burst of lightning chakra pulsing out to keep Haruki's heart beating, somewhat like a defibrilator.

The Jonin sense looked yonder. the sounds of battle growing louder and strong gusts of wind and bolts of lightning crashing against the water.

Two figures clashed and were forced away from one another. Both of them looked at each other with a glare filled with hatred. One had sun-kissed hair. The other had raven black hair. They raised up their arms, as blood dripped down onto the water, tainting the clean liquid.

A great white sphere spiralled into existence in Naruto's palm, while Sasuke clenched his fist and lightning began to crackle against it. Both of their faces contorted into rage as they shouted each others name once more.

The two charged at one another, the hate in their eyes never disappearing. They met each other in the middle and prepared to plunge their respective attacks against one another's gut. However, instead of doing so, they clashed jutsus against each other.

Sasuke and Naruto glared at each other, growing more heated. Sasuke's Chidori began to falter against Naruto's Futon: Rasengan. The Uzumaki grinned and pushed back Sasuke. He dashed forward and slammed the chakra sphere into the Uchiha's gut.

Naruto charged at Sasuke, another Rasengan in his hand. Five clouds of smoke popped out from behind the blond, five Naruto clones appearing, a Rasengan in their hands as well.

The rogue Uchiha growled and channelled chakra into his left eye, which began bleeding. "Amaterasu!"

The area around the Narutos started to permeate, before black flames burst and engulfed the six of them. Sasuke smirked as all six of them popped out to-wait, six?!

Sasuke spun around and was met with a punch to the face, sending him straight into a wall. Naruto lowered his arm and closed his eyes. He snapped open his eyes, no longer the calm azure color, but a ringed and purple one. He raised up his arm and exerted his chakra into it.

Sasuke let out a word of surprise as he felt himself be pulled in to Naruto. The Uzumaki c*cked back his hand and clocked his former best friend straight in the jaw. Naruto grabbed him by the collar, preventing him from getting launched back. He was about to head* Sasuke, only for a steam of lightning to run through Sasuke's body, catching Naruto by surprise.

Sasuke roundhouse kicked Naruto away, forming the Tiger hand seal. His cheeks bulged and he spewed out a stream of fire, shaping into the head of a dragon. "Katon: Goryuuka no Jutsu!"

Naruto flipped himself back up, his hands furiously weaving through a set of hand seals. He landed down and finished, launching the jutsu. "Suiton: Suiryuudan no Jutsu!"

Fire and water clashed, causing steam to erupt and cover the entire battlefield. Naruto frowned and cast a simple Futon jutsu, gusting away the view blocker. Much to his surprise, Sasuke was gone. He looked around, trying to sense where he could be. But that's when he remembered a clone he had place somewhere to get Nature Energy. He focused and dispelled the clone, feeling the Nature Energy course through him.

Naruto jumped back, Sasuke emerging out of the water, his hand crackling with Raiton chakra.

Naruto gathered chakra into his palms and exerted out, not as a Rasengan, but as something else.

The gravitational force formed a dome around Naruto instead of sending Sasuke flying. The Uchiha clashed against the dome of gravity, unable to pierce it. Naruto wordlessly created a clone, which proceeded to gather chakra into its hand.

Sasuke gritted his teeth, channeling chakra into his body and dashed back, avoiding the jutsu. The Last Uchiha shifted his Sharingan into the Mangekyo and erected the Susano'o over him. He roared as it gained its humanoid form, a bow forming right on its left form. It nocked in an arrow an took aim at Naruto.

The blond's eyes widened and braced himself for impact. The force of the arrow pushed him back a few feet away, right before he was sent further flying and crashing onto the coast.

"I'd be dead right now if it wasn't for Sage Mode."

He stood back up and created four clones. The five of them charged at Sasuke, whom started to spam arrow after arrow at them. Luckily, they had managed to dodge every single one. Now, they surrounded him, all starting to circle through hand seals.

Kakashi's eyes widened, realizing what Naruto intended to do. The five primary elements began to radiate through the blond and his clones, as they all shouted as one and cast the jutsu.

Sasuke gritted his teeth and sent more chakra into Susano'o, fortifying it further as to not take any more damage. As the jutsu barrage finished, Sasuke fell on his knees, feeling his chakra get drained as the minute go by. He growled as Raiton chakra began to gather in his hand.

"Didn't think I'd be forced to use this again."

He looked up and shot the chakra right at his Susano'o's bow, a large arrow shaping up and taking its place in the bow. Naruto narrowed his eyes. A black sphere materialized in his hand and he tossed it into the air.

Every type of earth material began to get pulled into the black sphere. Having never seen this before, Sasuke looked at it in curiosity. Eventually one giant planetary sphere was formed, making Sasuke look at in both awe and shock. Naruto frowned and raised up his hand, ready to bring it down.

"Last chance to give up, Sasuke. You're on your last wind. Surrender and I might just plead for you to avoid the death penalty."

Sasuke sneered and clenched his hand, his Susano'o follow the gesture. "Never. Not after what Konoha had done to my clan! Face the wrath of my jutsu, Kirin Arrow!" He roared and swiped his hand to the left. "Now, like the thunder clap, be gone!"

Naruto's frown deepened as he sighed. "You leave me no choice." His face trasnformed into a look of rage as he slammed down his arm." Drop dead like the corpse you're supposed to be!"

Sasuke decided to add in some extra fire power and channeled the little bit of chakra he had left to his left eye. The Kirin Arrow was covered in black flames of Amaterasu. The Susano'o fired off the fire-infused lightning arrow, while the planetary sphere began descending down at high speed.

Kakashi could do nothing but watch as his two of his precious students launched what could possibly be their last jutsu.

Both attacks hit their targets and created one giant explosion that almost blocked everyone's view. Kakashi prayed for a miracle, that his students would survive each other's attack. The explosion receded and showed a heavily injured Sasuke, panting heavily, his eyes looking almost dull from his overuse of the Mangekyo. Naruto was injured as well, his clothes torn, but looked far better than Sasuke.

Sasuke struggled to stand up, his glare not yet ceased. Naruto could only look at his former best friend in pity, having descended down a dark path. Sasuke was able to stand and performed all too familiar three hand seals. He clutched his wrist and the sound of a thousand birds chirping reached everyone's ears.

"One final clash, just like our last battle. Sasuke, I still understand you, even now. Someday, I'll pull you out of hell you're in, and that's a promise I'm willing to finish until I draw my last breath." Naruto thought, as he went back to his memories as a Genin. He held out his hand, the Rasengan spiralling into existence on his palm.

Both rivals stared at each other, right before charging and preparing to finish this bout.

Their attacks clashed and valiantly fought for dominance. Both gritted their teeth, trying to push the other to lose. At first a victor couldn't be decided, until , Sasuke started to falter, finally feeling the limit on his body get to him. Naruto took the opportunity and pushed back the Chidori and slammed his attack on the Uchiha's chest.

Sasuke cried out as his body finally gave out. His eyes closed, and he lost consciousness. Naruto grinned and was about to walk up to Sasuke until he fell on his knees, feeling the exhaustion catch up to him.

"The promise I made to Sakura...I'll fulfill, not just for her, but for Itachi as well."

Naruto pushed himself up and went to grab Sasuke's body. A gloved hand grabbed Naruto by the wrist and was pushed back by a considerable distance away from Sasuke. The blond grunted in pain and looked up, seeing Tobi.

"I still have plans for him, Naruto. I can't let you interfere in such. I'll capture you in another time, perhaps."

Tobi knelt down and touched Sasuke by the back, and engulfed himself in a black swirl, disappearing from sight. Naruto gritted his teeth and clenched his hand tightly until it bled.

He lost him. He let the chance to get back Sasuke slip from his hands, and now, he's back in the enemy's possession.

"Our bonds may be broken, but I swear, Sasuke, I won't give up on you. Not yet, at least."

...how could you... drop such scene... without rest of this... and just leave me here like 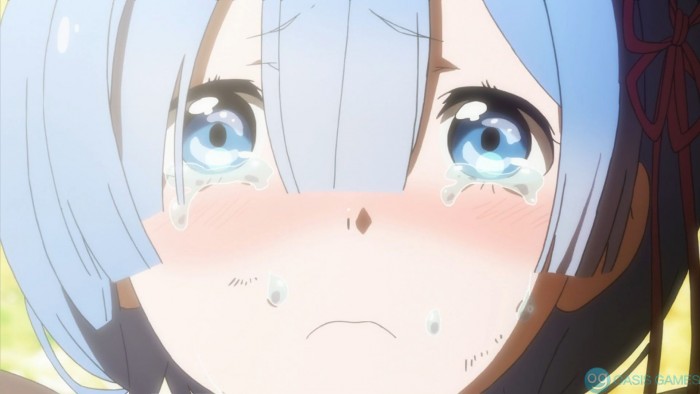 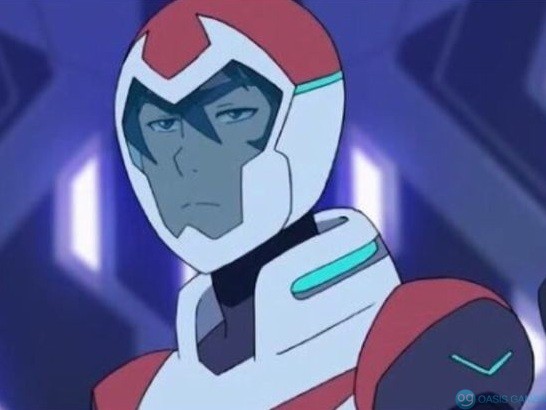 I gues that's how you lose readers, hun 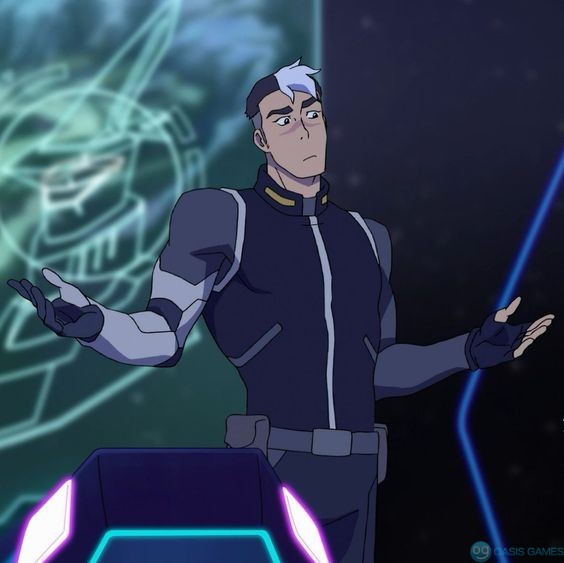 You try writing good stuff while under pressure because of preliminary