Some little tips of this game： Order (2)

So here we take a battle in decisive bonds as an example, A and B is a team, C and D is another team. Now we hypothesis that, the initiative of

So here modify a wrong in last essay, someone reply me that even the two all have barrier ninjas who moves later also depends on whose initiative is higher. So now is the line up of four players, these line up may not be strong in the real situation, I just set them easy for me to involve more situations. 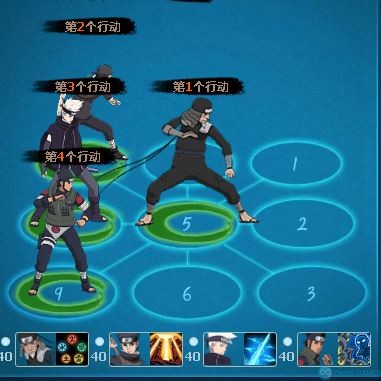 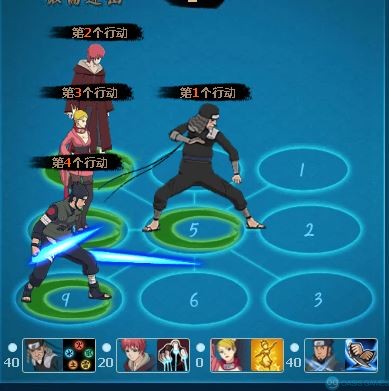 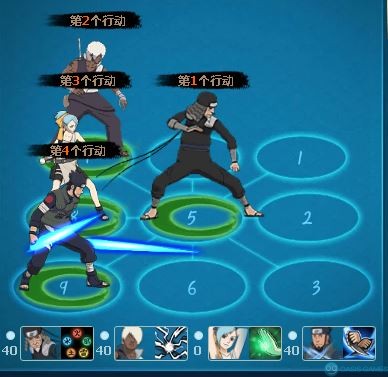 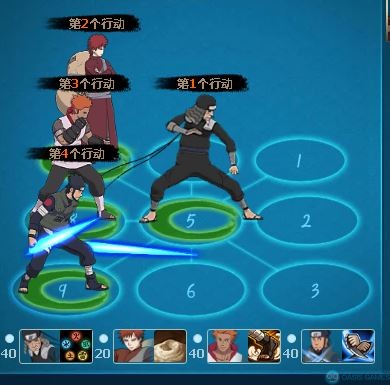 5, A’s hiruzen sarutobi use his mystery with combo

6, C’s hiruzen sarutobi use his mystery with combo

7, B’s hiruzen sarutobi use his mystery with combo

9, A’s hiruzen sarutobi start to attack, cause little float and with a combo.

15, C’s darui attack, cause he do not have barrier anymore, he only attack once.

16, D’s gaara provide shield to two life least ninjas in his team.( after break through)

18, D’s earth main provide shield to two life least ninja and make them get his buff of shield again.

20, A’s light main start to attack, cause he did not bring blood thirsty he only can attack once, and leach some life.

22, C’s asuma start to attack B’s clones on the front row and kill them.

In round 2, shisui will first move to use his mystery skills, then sasori will use mystery to increase attack times of edotensei ninjas and cancel A’s hiruzen sarutobi’s acupuncture, then C’s darui will mystery to make seven enemies damage and paralysis, then gaara’s mystery is not prompt, so he has to wait to his order in the attack round. then B's wind main will mystery to refresh to cancel darui's paralysis on his team. then is the attack round, every thing is like normal...

So after this I hope you can have a better cognition about order in this game.

。。。how can I know why you feel that... especially what you feel is unable to see...