5.0 GNW Treasure Minato
LOGIN
Register
Forgot Your Password?
Reply
Views: 13715 ｜ Replies: 21
[ Character ] How Do You Think the Mains Would Be At Cooking?

Reasoning: Character type [Royal Elder Sister], "Long-term travel experience in various countries has unique insights into the social situation," sounds kinda like a rich girl who travels the world and, as a result, su(ks at household tasks.

Alternate: Can cook all sorts of foreign dishes but can't cook anything Japanese. Er, Konoha(n?)

Midnight Blade (aka Night Blade, which honestly sounds just as cool, aka Evening Blade, which still sounds cool but not as cool, aka Thunderlord, which sounds hilarious) - Only good at cooking simple, single-serving, inexpensive meals, and soup (which can be stored for leftover meals). Possibly hates miso soup because he used to make so much of it and got sick of it. Really good at cutting stuff and slicing things thin, often burns foods he's cooking for the first time. Doesn't talk much anyway, but never speaks a word of his culinary disasters. Never.

Reasoning: Personality- "cold, likes to be alone, doesn't talk much," hobbies include cleaning his weapons. Opening remark, "Is it a new task? It's really troublesome..." (bruh Shikamaru much)

Crimson Fist (aka Red Rock Fist aka Red Rock Boxingpfffftttthahahahaha aka the landlord) - Really Spartan cooking (don't look it up because it won't make sense), good at cooking vegan and vegetarian meals that are nutritious and filling, but kinda bland (he's the only one who doesn't think so).If he liked meat he'd be awesome at tenderizing it though.

Spinach salads and roasted veggies are his forte, but what he's really really good at is... stone soup.

Scarlet Blaze (aka The Pupil of the Red Lotus aka the Pupil of Hong Lian aka Hitomi Hitomi's Hitomi. Incidentally when you look up "Hitomi" the desc

Azure Fang (aka Azure Bite aka Blue Teeth aka water owner aka Blue Twill) - Would make an epic bartender, but be careful of what might be in there... Also, soup.

Reasoning: The most information, the least to work with. Water ninja -> good with liquids.

Wish we could save drafts. Was almost done when I accidentally x-ed out... All the extra names were actually stuff I saw in the translations over all 5 pages. Suppose you'll want the li

this is some cool fun fact, or at least that's what it think this is

Or course Scarlet doesn't need Sake, he has fire jutsus!

I have araised from death to come here and say- HELLO.

Also - love this and agree on every point ESPECIALLY Scarlet. Glad I'm not the only one thinking he would just rock in the kitchen

And our beloved fire nin, hmmm...no matter how you look at this- Scarlet is also rather female name

ALSO!!! I always had a feeling that Aki is a good name for Fire Main~

Completely random, silly idea that, came to me while playing DmC.

LOOKIE and tell me you can see our mains here too, hahahaha 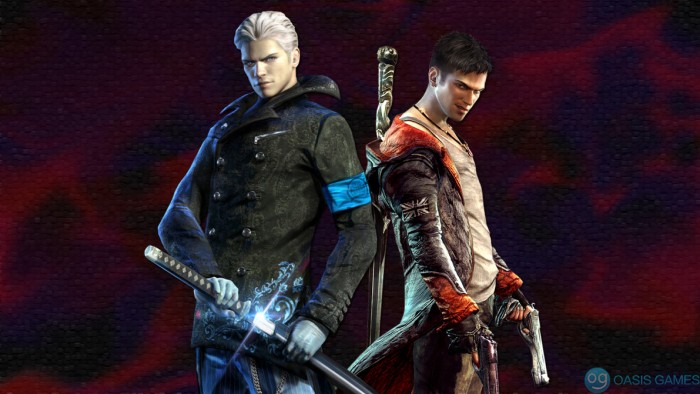 HOLY SHOOT YOU'RE BACK! during your disappearance i've tried to fill the empty hope you left with my drawing, and as you can see it doesn't go well. But hey, now that you're back, we'll be looking forward to your new fanarts!

Welp, it is 'cause I quit game- many reasons for that~~ But my friends from game and forum and also the immortal love for all the main characters- keep me wandering around~~ maybe I will come back to it, don't know. Fanarts? Gosh...I miss that xD so...soooo maybeeeeee.

BTW. Keep on drawing and creating- as i told you before. Practice makes perfection!

Everybody here misses your fanart too!! Of course, life goes on, and we'll understand if you leave...

And YES I DO SEE MIDNIGHT LOLOLOL

Scarlet not as much in this macho guy, but a bit, especially with that smirk!

Holy guac is that from season 6?? I haven't seen it yet! Didn't even realize it was already out until now! omgomgomgomg

I'm looking forward to see your fanart when you post it

That white-haired guy is Vergill and I think even his personality would match this of Midnight, pretty much- also things like, he's able to create "clone" of himself during fight~~

Dante is his twin- but you look at him and think "fire", hehe

And yes...my profile pic... it's season 6 of our beloved Voltron and...aaaand...I binge watched it and i haVE NO IDEA HOW I SURVIVED IT OMG MY POOR HEART.

Keith is definition of beauty. Period.

"hugs" I'm already working on something silly , so guess there will be some new thingies

Wow this week is a lucky friend week! CultofObito came back after being gone since January, you're back, and I saw a friend that I haven't seen for a year! I'm so freakin' happy! :'D

So he can create clones?? I'll have to look into Devil may Cry... Dang! I just looked at the plot on Wikipedia and it sounds really interesting!

Ahhh I can't wait until my summer classes end and I can watch the Galra in Keith manifest~. I saw like a one minute clip of Lotor and the * meeting his old governess. Can't wait to see the development with Shiro too! Unless that's for season 7?

Apparently Lotor and Allura are gonna be a thing, and the animators were flabbergasted that Klance became so popular so it's probably not gonna be endgame. ;_;

I dont wanna spoil so just gonna say this- prepare for rollercoaster of feels, crying, yelling at screen and having your heart question your ships

Look for DmC- devil may cry (its actualy reboot of series of same title). Dont listen to fanboys of old series- this game rocks. Music is ground-shaking good, visualy- amazing, creativity of levels is awesome. Dante is pure love. Douchebag kind of, but still :P

And going back to our mains- I reminded myself that clothes set of "occupations" for them- and Crimson was a chief :D Scarlet was...firefighter (does it count as pun...)

JAEKHAOAWHEAIGJVZNHDSZF I HAVE LIKE 8 MINUTES LEFT OF THE VERY LAST EPISODE (my mom walked in on me watching and yelled at me and I have a feeling of unfulfillment.

They could have put knowledge of Galran culture to better use I feel like...

"You're my brother!! *gasping* I love you!" *Shiro reacts even though he's "just a clone"*

"I never thought I'd have to use it."

But it's still a Galran arm in origin... it's not like making counter measures for your all purpose tool and weapon was totally uncalled for, especially since it was put on Shiro without his permission. Even if they sent back the real one but put a bug in his arm set to unleash whenever anything was loaded into a ship of non-Galran build, the result would be the same...

It must have cost a ton to make all those Shiros and now they're all being destroyed... what a waste

I wonder why Shiro decided to go to his... birthplace... Haggar only told him to lead Keith away.

I also wonder how the Black lion saved him, and if it's possible to restore him in a clone (if they got another one or summat)... It's probably not gonna happen. Still, Shiro is Shiro, clone or not. He had a personality when he wasn't being controlled. He is his own person. An arm doesn't make the man.

What happened to Lotor's generals? It's not like they have ships to escape with...

lol fire is male ofc,but why he doesnt like wine?

There are few sites, like this one: https://baike.baidu.com/item/%E7%BA%A2%E8%8E%B2%E4%B9%8B%E7%9E%B3 (use google chrome and translate for english), where you can find more complex informations about our mains, which were never actualy showned in our version: for example their fav and hated food. It seems those come from author of characters.

And so, it's stated there that Scarlet hates wine (or sake in other version). And there's many more interesting facts. Wi* all could be cleared in our version too :C

Holy shoot! I remember seeing Azure Fang's design in a Naruto manga before! One of my old manga had some recreated OC design by Kishimoto and she was one of it!

Some of main characters- Scarlet for sure- were designed ba 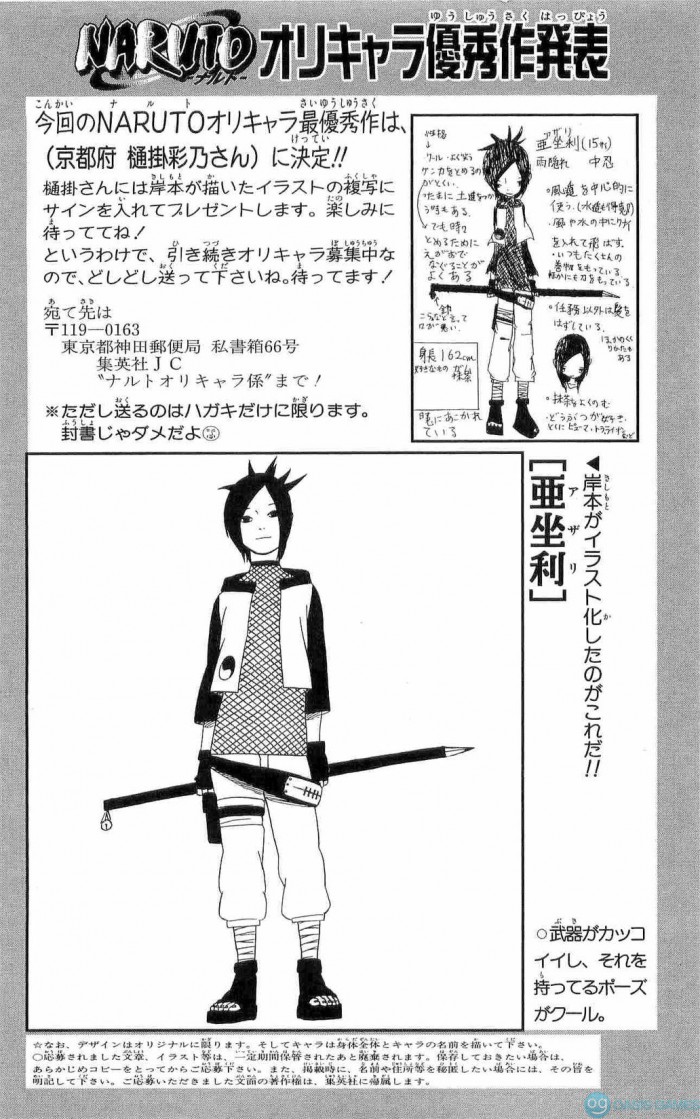 I present you, Watage Mimikaki, the ear cleaner (seriously, that's her actual name from the artist, and now I'm planning to rename my first alt as that). the texts are in Indonesian btw, so yeah 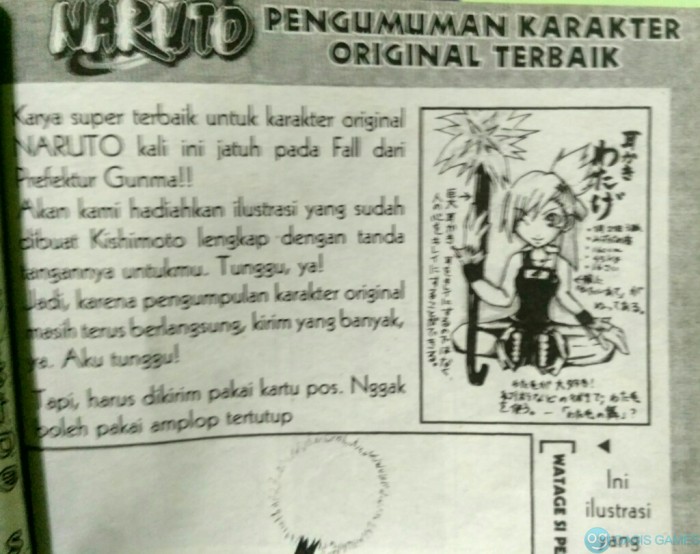