which runes would be ideal for the character in position 1 and is there any specific runes which i should be saving up for or getting rid of in general? 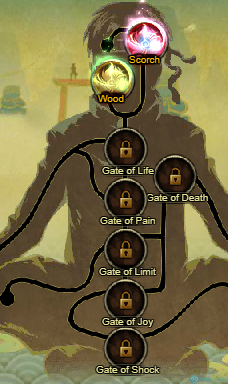 initiative(it's for 20k points in the point shop), crit, injury, attack, ninjutsu, resistance, and defense. Once you unlock the death rune at lvl 100 put life there. Don't listen to the people that'll argue over tai/nin p3n3tration's worth, people in this version have tested it many times before the forum update thing, and people playing in cn have tested it and got the same result that it effects nothing(they've tested using high gains of *ion). If that doesn't convince you, cn's official testing grounds, orochimaru's lab have tested it a couple time and they didn't get any evidence of p3n3tration working.

thnx i can work on saving these runes now

nevermind you were correct, tencent reviewed their test 5 days ago, nin/tai *ion doesn't show any effect on kakashi clones because they don't have defense/resistance. https://www.youtube.com/watch?v=pZ2m0j9pnuQ ba

Kakashi clones are just naked 3* ninjas coresponding to your level. Let's say you are level 100 than Kakashi clones have same basic stats as a 3* non cultivated or awakened Kakashi character with a substantial buff to life only. So they have ressistance and defense. There's no way they can t have those but their value is just the basic one like a Kakashi in arena. They don t posess damage reduction and other secondary stats as initiative, critical, injury, combo, control.

Yes i have read what they say here, but they are wrongly, or better, superficially translated.

The correct translation should be:

They reduce the bonus effect of them granted by damage reduction.

Every 100 points of damage reduction you stack you get (very likely, hard to say how it really works, but seems that is not far from this) a boost of 1% to your resistance and defense.

Nin pen reduces this effect by 1% every 100 points stacked only for the resistance part.

Tai pen reduces this effect by 1% every 100 points stacked only for the defense part.

But the point is they do not go under 0!

Yes, you reduce only the additional part of them!!

Kakashi clones, snake, wb, ninja exams and any pve ninja have 0 damage reduction so *ions do nothing on them.

Conclusion: nin and tai *ion are good if you stack them up to 2000-2100, going over this quantity is generally counterproductive because the number of people that owns higher than 2400-2500 damage reduction are very few, while your average enemy even at high bp, owns around 1800-2200 of them.

I read this after replying before

Pretty much this I guess 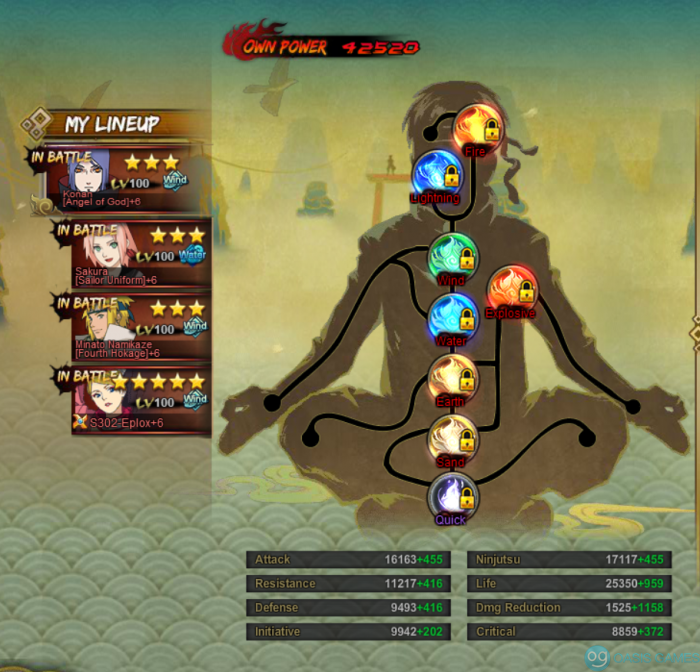 Hmm, how do you get more Damage Reduction?

Without 8gates, my Damage Reduction is like 1.2k. My ba

Not sure is worth to boost pen3tration if Damage Reduction is normally so low.