5.0 GNW Treasure Minato
LOGIN
Register
Forgot Your Password?
Reply
Views: 3881 ｜ Replies: 10
[ Events ] Clothing in CN a.k.a. why we are paying for clothing 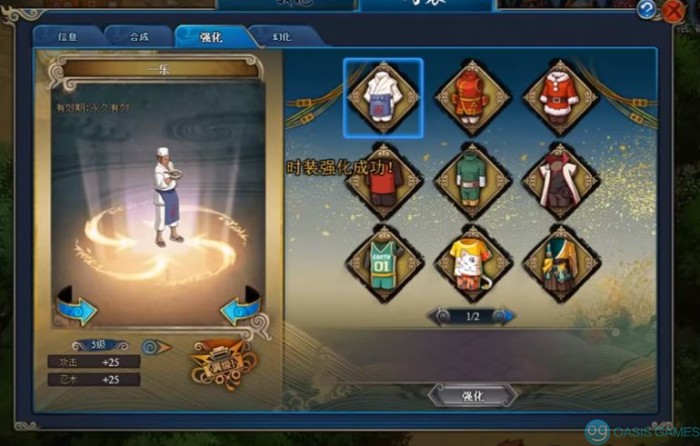 In CN, the clothing system gives a really little power boost. These up here are the stats of a fully upgraded clothing given "for free". The clothing is just a way to change the appearance of your character in game.

Our version's clothing, instead, gives a great power boost (some more than others, but still...) and this is why we have to buy it.

Thank god someone posted an information about this Clothing, i hope this thread opens up the eyes of those people who rants about the Clothing being sold here while in CN is obtainable for free .. Thanks man ..

Wake me up when we get cool uniform for appearance with small boast power. And not free dangos.

Um, you are showing the wrong clothing for stats vs the one that is being released next week. Can you post a screen shot of that? Also, and I could be wrong, isn't it possible that these get "adjusted" later on? After all, I'm still waiting for the big "Mood Scroll" adjustment where they will make the max % at 25%, thus reducing everything from 65%.

Nope, this isn't accurate at all, AND this is mixing apples and oranges. First off, the clothing he is showing doesn't match the one being released. Second, upon watching his video, it is obvious that their system is far more intricate than ours. If you watch from the 2 min mark, you can clearly see that this outfit is being upgraded. This implies a whole plethora of possibilities, and only reinforces my previous post that this is a system that can be added/changed/altered. So the stats that we have now could be changed or remain the same, but upgraded later on.

In either case, China still gave out the outfit (all 50 fragments) AND also gave upgrade materials for it. I would bet the farm that once that system becomes implemented, we wouldn't get either for free. And I need to remind you, just because I anticipate that they will charge us while the Mother Version got theirs for free, that doesn't mean I'm not entitled to a heartfelt explanation as to their choice of directions that they are choosing for us to make.

This. People need to realize this. 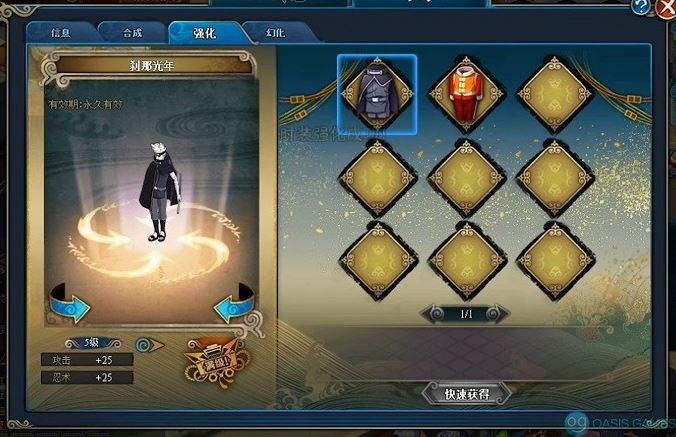 It's basically the same. I had no screens of this clothing when i made this post.

Anyway, you said something undeniably true: their system isn't the same we have on our version. So... why do we need to make a comparison between them?

Maybe in time we will see more clothing with really low stats and "free" (like the Eternal Belief or the Supernova), but this is something that should be discussed with daiske.

Getting anything from him would be like trying to get Blood from a Stone. I won't hold my breath. I have heard from a reliable source that our Mood System was to be revamped awhile back, but it got pushed/delayed for obvious reasons: people who spent on mood scrolls would lose out. Why? Because when the Mood System was changed in China, people no longer had 65%, and it was reduced to 25%. Mood Scrolls were essentially to be removed and replaced with Dangos that would generate random stats while also randomly switching categories....thus making it very RNG heavy.

The same thing, I fear, COULD happen to the outfits in due time. The system gets changed and are forced to reduce the stats due to the system revamp. To not do so would give an unfair advantage to anyone that got it beforehand. Not saying that this would be the case, but eventually this system will have to be implemented. I don't know how much control they could have over it, if at all.

What IS CLEAR, however, is that in China, the purpose of the outfits are supposed to be for FUN. Not for power, and certainly not for money making. I find it odd that they are throwing almost EVERYTHING that can be monetized super early before they implement the client changes. And that certainly ISN'T a "good odd" feeling.

Hi! I just want to confirm that our version is definitely different from other versions. What happens in other versions does not necessarily happen in ours. With player feedback, there were many updates and changes that either did not happen or is postponed until further feedback. Just know that just because things were changed in one version does not always reflect our version. We try our best to take the feedback you guys give us and make/stop/delay/push back the updates necessary to meet the suggestions and feedback we get.

We are all here to work together to help in the constant improvement of Naruto Online. Thanks so much for all your support!