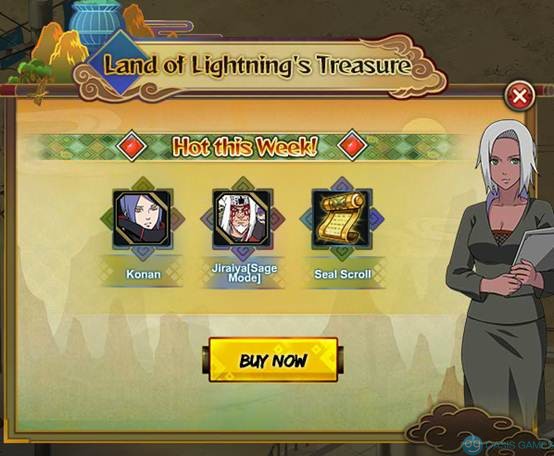 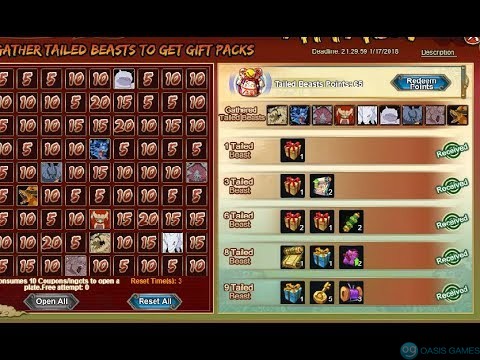 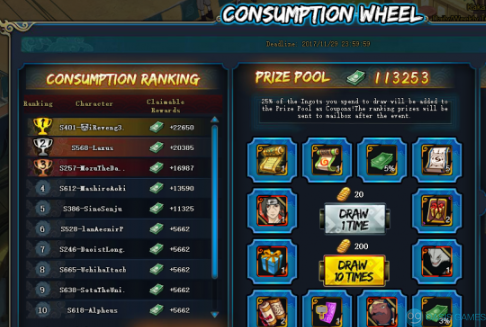 i like consumption wheel cos 1 free spin :) that is all. lol.

lol.same.I got a few of susano'o itachi frags from free spins on there,plus some people got a couple hundred coupons(which i never got).

It'd be cool if they add one of these events with next week's events.

Those look interesting, especially the second one

Never seen them before. Hope they bring them back.

You are kidding about Tailed Beast Attack, right? Its literally the WORST event all around. Can't get anything for free just using freebies, and you are forced to spend 700 cps to unlock all for guaranteed lack-luster tailed beast rewards (for uncovering the beasts)? Not to mention the redeems there were always sub-par at best. I pray this event never comes back. It really is horrible unless you intend to spend ALOT of coupons for outdated items/ninjas.

I wrote them because they are free events, bring back mt myoboku trial event xd

Yeah,but some people like it.You cant just think for yourself.

tailed beast was a bad event because everything there costed too much. If they cut every price there by 30% would be fine to see it back.

land of lightning is nothing different than konoha outlets or konoha gift shop.

Since its implementation, I have yet to find one person that actually liked this event. You would be the first. This event was always horrible all around. As was also mentioned above, the items in there were way overpriced given the fact that the items included were outdated or could have been obtained elsewhere for cheaper. Also, I'm saying this event is horrible for ALL players, that includes F2P as well as spenders.

Claiming that "some people" like this event is the equivalent of a spender saying, "I wish they would bring back the gold initiative eight gates rune in the 40,000 recharge paywall. Because I mean hey..... SOME people like it....right?

I never really bothered spending coupons on that event,but yeah,like i said before,some people like it,but i dont and i dont know why they like it.

We recently talked about Tailed Beasts Attack. Land of Lightning Treasure is really outdated event. I do not think it is possible to bring it back for current version of the game. I can ask devs. Consumption Wheel, we will see about that. I can bring it up during discussion.

Most of the events (+ events mentioned above too) are not coming back because of the feedback or data we collect. If the amount of players participating in specific event is low or almost zero, it's a waste of space. We rather add more liked or more active event.

Then how come Gift Pack's Special Offer and Battle Armor Panic Buy are still there? And time-limited ninja recruitment (event with keys used on a chest- which was already mentioned) is gone? For over a year I've seen complains on 2 merged servers about those 2 events and I can honestly say I don't know a single person who ever used either of those events.

Two out of three of them require buying to get any real use out of them. Nice

if you bring it back, please, do it as an additional event, not as an event in the place of the normal rotation ones we currently have (unless you plan to make the redeem shop there actually decent. Spending 700 coupons to get back 800 coupons worth of things back is not that good when you have lots of events where you spend 700 and you get back 1400+...)

everything added as additional features is fine, but if you think to swap it for great tree or for great plates, no, please.

Honestly speaking is hard to understand why battle armor panic buy is still there for whale only and why the price is still the same as 17 months ago when i started playing.

Every new outfit they add delay it in the perspective of the rational and competitive player, every new power feature delay it too because, in terms of coupons spent/power efficiency, BA rank 8-9 comes after every single new feature they added since 2.0 onwards (after charms, after summon cultivation, after myoboku cultivation, after treasure tools, after all the outfits).

And no, 38 ingots is still a too high price for 4000+ threads needed for it, considering what gives back (if i was a whale i would not touch that feature before having spent at least 500k ingots in the other features i talked about).

It's time they make battle armor rank 8-9 or more appealing or less expensive for everyone, otherwise is a useless feature that gets left there by 99% of the population, whales included.

Imo the change that is needed is adding coupon option that's available in China- won't be enough in terms of this feature being competitive, but at least it's going to be a viable way of getting threads. The way it works there you have coupon and ingot options, but coupons dont count toward additional rewards. Still, it increases event attractiveness, since now literally nobody uses it right now because of reasons you mentioned.

Change that could make BA competitive power option is showing it during battle (people buy terribly looking outfits just for power, same would happen for expensive good looking outfits for the look and minor power increase). I personally love how higher levels look and ingot-only option buy is the only thing that keeps me from leveling it up. I believe after you reach certain point you no longer care and start doing things that you want (pokemon collection and hopefully soon BA upgrade in my case).

On topic: survival trial event, where you get seal frags would be nice too. It hasn't been there ever since survival trial change- maybe its problem with coding?