Alright so this thread will be about detailed view into buffs stacking , mostly about which ones specifically won't stack with each other.

-First off , to make it clear none of the same ninjas buff will ever stack in bond arena/GNW (so if you have 2 team mates who are both using Konan, only 1 Konan buff will work)

Now let's talk about WHY certain buffs don't stack with each other before I list things:

Certain buffs don't stack because they are essentially same buffs, they have same % of same attribute (atk/nin) and same amount of rounds.

If only 1 of those things in desc

Now all has been tested and confirmed, I will make another thread full of screenshots later and will edit the li

Buffs that DO STACK proof

Buffs that don't stack with each other:

So none of these ninjas listed above stack with each other, but with all other buffs they will (and yes I know Guy has only +atk but it doesn't stack simply)

Buffs that don't stack with each other:

-GNW Ino (yes she doesn't have the same desc

EDIT: My doubt was confirmed and GNW Ino buff DOES actually last 5 rounds,in video you can notice Fire Main doing constant 5k+ until round 6 where he suddenly does 4k- damage, here is video proof

NOTE: Hashirama and Tobirama by themselves will stack because one is Tai and other is Nin.

NOTE2: Hashirama and Tobirama skillbook +1 passive stacks with Mifune/GNW Ino AND ALSO stacks with another Hashirama/Tobirama who has passive without skillbook.

Buffs that stack with everything:

-All Main Character attribute buffs (until Edo Hiruzen comes, they don't stack with his buff)

Note: Fire Main "Ninjutsu Urge" and Lightning Main "Anbu Tactics" STACK with each other AND STACK on 2-3x (you could use 3x Anbu tactics in GNW and will get 75% atk buff)

That would be all for now, as always tell me if you have any questions!

Sasuke playboy+iruka and any - working.

I can't test the Konan and Madara one yet since I don't have Konan nor do I have Susano Itachi/Sasuke, I will try to find someone who has them to test it for proof
But I see no reason why they would stack it's exactly the same words for both buffs

I have Madara and Angel konan, and i used regular s sasuke for the tests. Here are some rough results ba

With either madara/angel: weirdness the main changed but sasuke did the same damage as normal and under konan sasuke was 4200`, chakra from madara does apply

To just show that I do have the ninja in question

Yes yes the chakra buff passive from Madara will still be active of course, but the 20% buff from either Madara or Konan shouldn't be active as they will overlap each other toward buffing Sasuke

Konan and Madara DO stack. 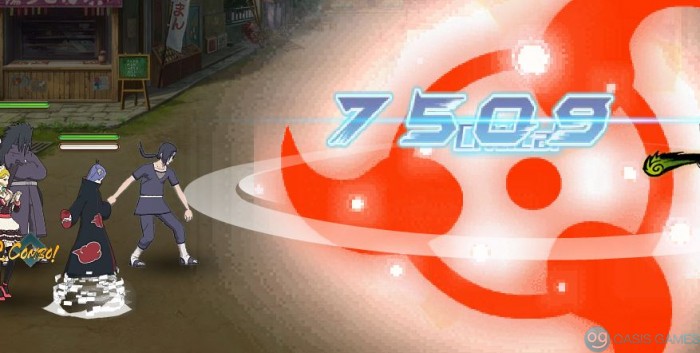 Why did i choose to screen the chase instead of the auto?

1) No flying kakashi in the middle of the screen.

The screens are the results of around 10 tries with both teams.

Have a good day.

Thank you for the screenshots, I think it's a good enough evidence so I will edit the thread

I ran a lot of tests now and GNW Ino is the only exception from the 30% atk/nin for 3 rounds group for some unknown reason.

She will stack with everyone except Mifune/Hashirama/Tobirama , I will edit it in the proof thread also

For the testing it was was weird since at least for s sasuke in my set up the madara damage was same as no additional ninja, atleast nothing that narutal damage variation couldn't account for. Also did just konan, and avoided crits since they can be even less consistant due to variation.

If Madara applied right the damage should be closer to konan but its not.

Adding a shisui barrier to give as comparison.

Earth main is set to wood style universe for the low float to start the chase.

Huh that test is quite weird, did you try comparing both Madara-Konan together ? was it same as only Angel around 4,7k damage or was it something like Shisui barrier around 5,5k damage (it should be there if they stack)

With both damage is in the just konan range. The weirdness is that the buff from madara doesn't appear at all on s Sasuke. 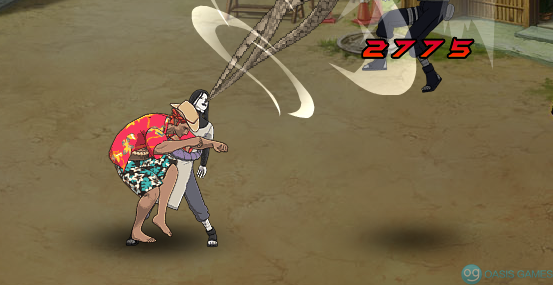 So any results from testing with Madara yet, or testing still in progress?

are you really sure that anbu special tactics effect stack also for the damaging part?

i'm sure the leaching part stack, but i'm not that sure the atk part do... (to be honest i don't even think the atk part is cross team).

Wait did you say ( until Edo Hiruzen comes ) !!!!!! so are we will got him in next week ( i'm not saying this will happen , or give an expected or falsified information

and thank you for your player guide

Hes already out in the german servers and been out for awhile on the chinesse ones, and it is listed under his passive that they don't work with the main elemental buff. So we know that edo Hiruzen is a ninja that is to be expected, but whether its next week or next month or next season only the oasis devs know.

Generally the german version is the one of the ones to track since if its been out for awhile there its probably on its way here sooner or later.

I posted my testing results in "buffs that DO stack" thread, I can do some more testing with LM for it also later though

It's stated in his skill desc

I don't know when he might come, don't think of it as any kind of leak as I don't have that info