A quick thread about some 3rd Raikage teams.

Now he is a heavy damage dealing ninja (mostly because of his chakra buff passive) so he needs ninjas to provide him chakra if you want to make the most out of him.

He also has amazing chases and pretty much all the teams with him have 10-11 chase combos that include immobile/tag/ignites.

Super Armor can be useful always, especially for the tankiness.

The downside of him is the 3 round cooldown mystery but most of the teams using him are oriented in finishing at round 2 or round 3 in fight so that's not as much of a problem as it sounds.

The real problem is his non-immunity as he can get countered badly by for example Masked Man mystery, Susano Itachi mystery or Lightning Main acupuncture mystery. 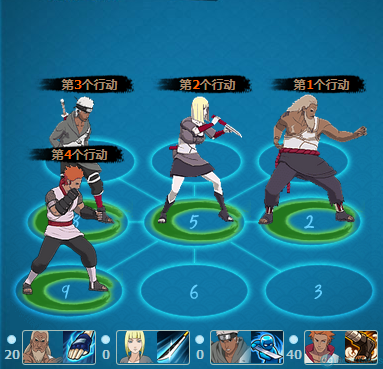 A common team, very good damage with mystery from 3rd raikage and from all standard attacks/chases even in round 1. 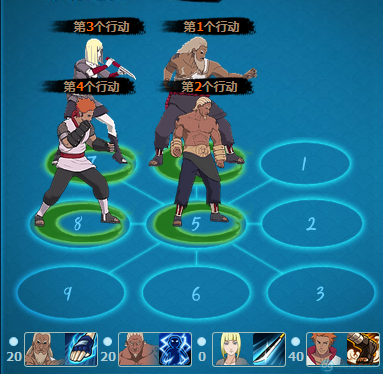 A team which focuses even more on round 1 killing, but also pretty good in round 2 to finish off enemies.

Positive: A lot of damage both round1/2 , nice shields, immobile/paralyze/tag debuff chases.

Negaitve: Also only 1 debuff removal in round 1 or 2, making it pretty easy to control the team. 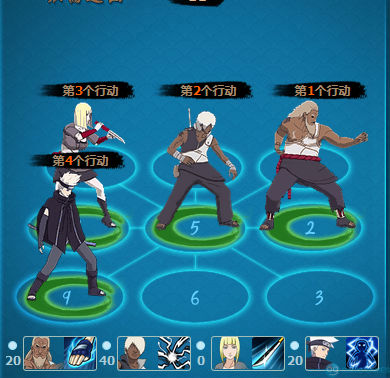 Pure buff team, with a lot of standard attacks round 1 also.

Positive: immune 3 ninja+1 super armor, a lot of standard attacks and buff = a lot damage round 1/2

Negative: 4 lightning ninjas making the lightning buff going to 3 random ones, Root of Warrior can be removed by Han/Masked Man etc., no debuff removals in case of controlling Raikage. 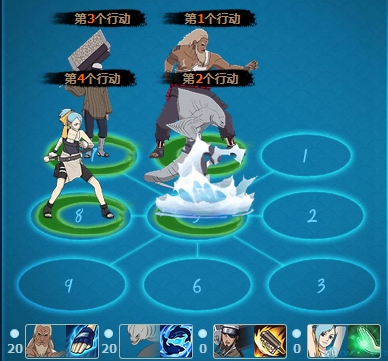 Very poison heavy team and fun to use.

That would be all, hope you guys liked it !

No need to counter him. Anbu Kakashi just gonna kill the whole line in first round.

eh Anbu Kakashi doesn't do that much heavy damage man

I pretty much run the first team but with LM :D

lets add two other options that have not to be undervalued.

this team is really ez to win

group member has the same lineup with 70k with me 78k

I've been using Ay [3rd] for a long time with Wind Main and my team was doing wonders. 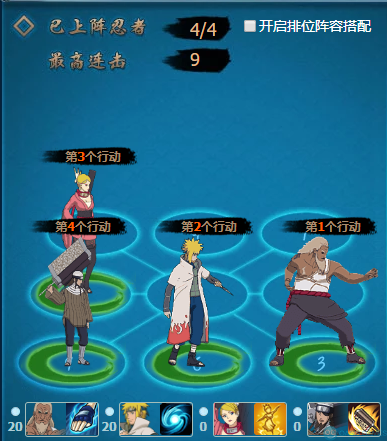 - Jinpachi removes Status effects on Ay and gives him a second auto-attack (since he's Edo Tensei).

- Wind Main resets cooldowns on Ay and Minato to use their Mysteries in R2 and R3.

- Wind Main can remove Status effects on everyone and use Ninja dogs to put Tag on everyone.

- Ay gives Tag so Minato can do his mystery and interrupt everyone.

- Jinpachi can Ignite the opposite team 3 rounds in a row to beat healer teams with ease.

I'm now using a different team, but this one is still one of my all time favorite.

What tactic for lightning main "the 3rd raikage blitz"?