When using these lineups you have to know when to use the mysteries correctly instead of just clicking the mystery *on the moment its round 2 instead of just using all the mysteries at once while you waste your chakra, your opponent might wipe you out. And I'm not gonna show basic stuff that's been known forever like SN/Kage Gaara or Roshi/Bee. Just remember that not all of these lineups I show you are for blitz. 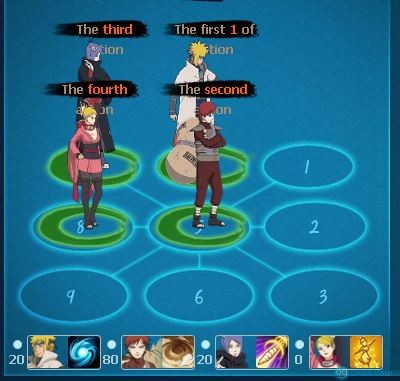 This tag team with Konan is a good f2p team in case your in Team instance or facing an opponent who has a sh*t ton of clones. Using the talents 3-3-1-3-1 with serpent summon, I recommend this team for f2p if your in level 80-96. When round 2 starts I suggest you use Minato's rasengan if your aiming for someone with tag, after using his mystery, try using Konan's mystery which supports Minato's tag since Konan can't do a lot like him. If you don't have the Hokage version I would suggest Chikushodo or death possession hidan but you might have to rework the talents and summons. 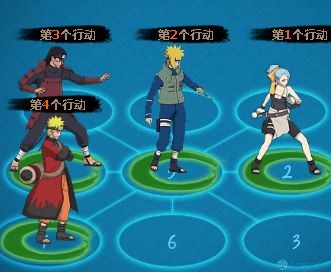 This team is only good for control and survival. You might think putting water main in the front is a bad idea but as long as you have her alive she will be ok. This team is useful thanks to Edo Hashirama's sage healing passive and will be even better once they release the breakthrough for Sage Naruto. If the Nature Energy gathering passive doesn't suit you for battle you can try to replace it with Healing tips but I'm not sure for Neurotoxin since you need a lot of healing. For treasure tool you can either try using the healing scroll or the defensive scroll. The talents for water main are 2-2-4-4-2 with king of hell summon. This team is mostly recommended for level 90-100. If you don't have much buffs, defense, resistance, or even a battle clothing for ninjutsu or resistance for water main, stay away from this lineup. 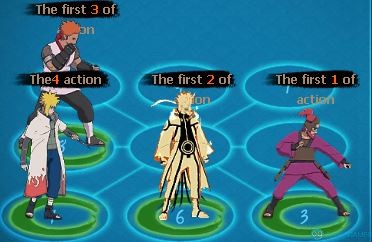 This lineup is very good for defense. For earth main the talents are 4-3-4-2-2 with King of hell summon. Some of you might think that this lineup isn't good but it actually is. By using the steel body with the bottom force and the wood style deep forest wall, you can pretty much stack up shields on earth main and use a mystery that can give you a strong shield with the same column which also gives to Minato (only if you target earth main or Minato). If roshi dies its good to have kurama naruto in front of minato since he is immune to debuffs and can dodge once per round. This may be a complicated team but can be very good against blitz teams if used correctly. The most important part of keeping this team alive is if you have a S ranked level treasure tool with a red or orange healing scroll. This also requires a big amount of life recovery after each round since it doesn't have any healing besides Roshi. You are going to need a boost for ninja tools, group skills, eight inner gates, and Mt. Myoboku. This lineup is recommend for people who are in lvl 94-100 and above. 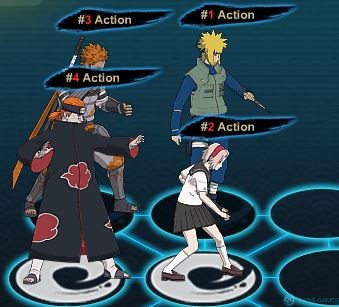 I have to give a huge shoutout to the founder of this lineup for the EN version in my server: S2-Slazar. Some say its Beji but who knows? Anyways it helps for when trying to beat a lineup with triple healers like water main with sailor sakura and hokage tsunade. Earth main's talents are 3-3-2-2-3 with King of Hell summon. The good thing about this lineup is you got an offensive attacker on the front line that has a mystery that can be used almost every round and increases combo rate and attack when triggering its chase twice per round (Minato), a healer who's attacks increase when damaged (Sailor Sakura), a main that increases your attack and ninjutsu when giving shields and also boosts defense and resistance when alive (Earth main), and a ninja whose mystery gives one of your units immunity to all debuffs and removes 1 of your debuffs for all your ninjas that can be triggered twice per round (Pain-Gakido). 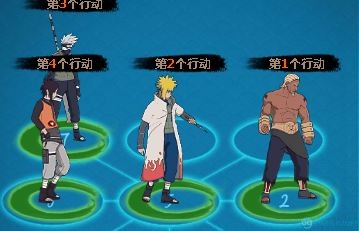 This may take a lot of cash out of your wallet but it's worth it. It may not look like much because I barely see any Ay and Hokage Minato collaboration for a lineup. Sharingan Kakashi or Beheading Kakashi is not that hard to get. You can get him from the land of lightning treasure and if your lucky enough you might get him. By using talents 4-4-4-4-1 with Rhino summon, you can get your opponents team to suffer from ignition and blindness. With Ay in the lineup, you can get a good amount of tag from him for Minato to target the next round. When your facing off an opponent with Lightning Main and if it uses Lightning Armor, you c*e Kakashi to use Kamui on lightning main removing his immunity to debuffs and triple standard attacks using Fire main's rhino and blindness. If you want to, you can change Hokage Minato into the Jonin version but you will have to change rhino to either small or giant Katsuyu so Kakashi c*e his chase.

Here are the talents for each of the Lineups if you don't know what I meant with the numbers.