I recently got Yugito from Jinchuuriki treasure and, after a brief struggle to find a decent lineup, came up with this: 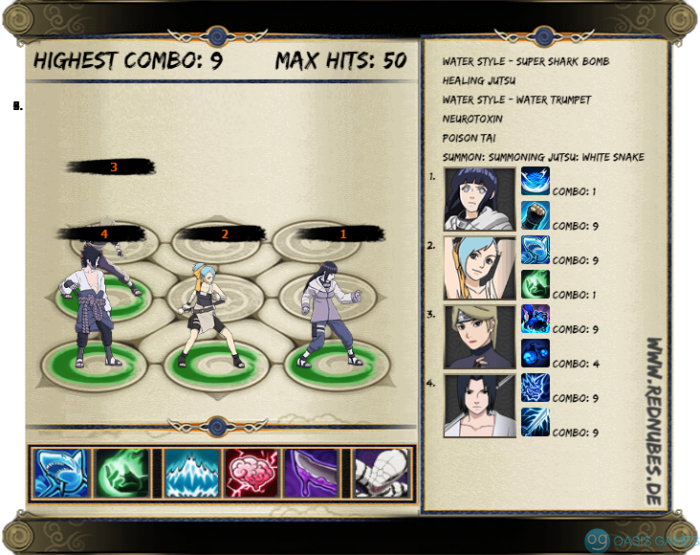 So basically, any normal attack will result in a 40+ combo witch applies poison tai + ignite to the whole enemy team, plus the main's mystery witch causes chaos, hinata for tanking and main for healing, with Yugito's self healing makes up for a pretty good lineup.

Also if a single ninja is controled Azure Fang should heal and release them.

The only problem seems to be Yugito dying first in some unlucky scenarios where the enemy team targets her, but since she can ressurect two rounds later (usually with enough chakra for her mystery) that isn't much of an issue.

Also, I lack a Giant Snake summon witch would make this a lot better but for now that work wonders for me.

So what do you guys think? Anything I could improve?
Other lineup ideas?

But doesn't every lightning team hard counter this so * hard? RoW makes your status effects insignificant, and because your team is squishy as all hell after T1,you shoud be just getting destroyed during T2.

Yes, i suggest you to use skewering instead of shark bomb so that you are able to do something also against full immune teams.