Finally we have Madara in the game for all Uchiha fans out there and he is a great ninja although a bit expensive.

His mystery is pretty good doing damage to 9 units and igniting them all, moreover providing a bonus standard attack when another Uchiha teammate does a mystery. (due to this you'd ideally always want to have an another Uchiha in your team with him)

His standard attack is great for bypassing clones and super armor enemy ninjas.

Chase is a nice ignite addition also with a guaranteed critical which is always good.

Now the most important skill which makes him great is his first passive that provides 40 chakra bonus for EVERY mystery used by a Konoha teammate, this passive gives nice variety to his teams and capabilities of using so many mysteries in round 1-2. (also provides a small atk/nin buff of 20% which is a nice addition)

Passive 2 granting him super armor and immunity to pure taijutsu damage which is great although keep in mind that he lacks in immunity which is his biggest flaw next to some other ninjas.

I'd like to say that there are some more great lineup options for him but we are lacking of some important ninjas currently so I made teams with what I could. (note: only 1 team is f2p friendly atm, but once Anbu Itachi comes to the game there is hope for more f2p friendly teams) 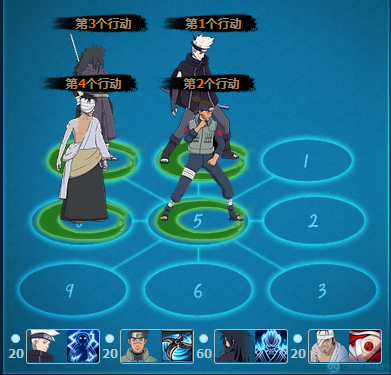 Welcome to the new type of blitz.

Point here is that Lightning Main passive provides him 2% +atk buff for every chakra point over 20 chakra, and by using all 3 mysteries in round 1 you will have 80 chakra right away (note: after Danzo skillbreak comes his mystery will be 0 chakra and you'll be able to have 100 chakra round 1).

All this means that even if your enemy is running buff removing like Han you'll still be able to have a 180% atk and 60% nin buff making your Lightning Main hit like a truck and not be bothered by that Han at all. (210% atk and 90% nin if enemy not running buff removals)

Sadly there is a bad side, like any type of team that relies on 1 ninja only and uses others for pure support you can get countered by Masked Man easily (that's why you should stack the Lightning Main to have high control stats also making it more common for Masked Mans to control fail). 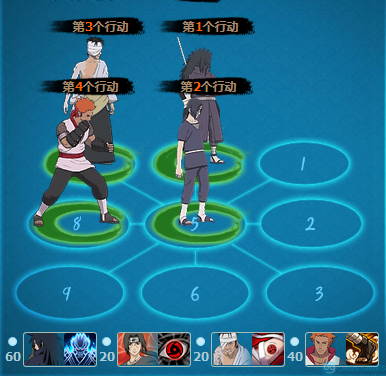 A lot of hard hitting standard attacks round 1, decent buffs from Earth Main, Madara and Danzo barrier and great shields from Earth main.

The point is you c*e Itachi to chaos, Earth Main for providing that bonus standard attack and clearing debuffs if needed, also use Danzo simply for chakra gain so you can have 60 chakra in round 2 to use Madara mystery right away and then again Itachi mystery

Overall a very fun team to try, the chakra gains are real and good amount of control. 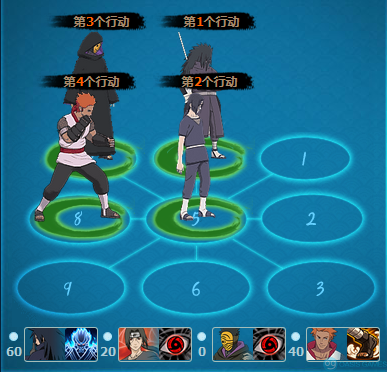 Same concept as the team above, the difference here is that you lose out on barrier damage bonus but gain on control due to Masked Man mystery.

Also that 1 attack dodge capability he provides can be a nice addition as well. (if you use super armor on Earth Main then your enemy practically has no one to target with a mystery round 2) 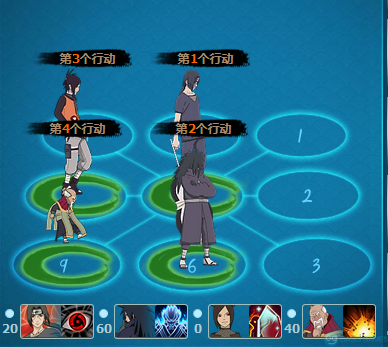 (the chakra gains are real in all Madara teams)

You could use the genjutsu mirror passive if you feel the need for bonus protection vs control, also the tag passive is fine in some cases as clones can be rough vs repulse damage. 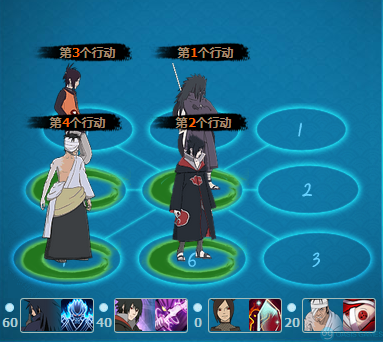 Now in this team you'd have to use fire main mystery round 1 so you can guarantee that 60 chakra for round 2.

Although however you c*ways put Susano Sasuke instead of Madara as a position 1 ninja, you are free to make changes always as this is simply a lineup recommendation.

Overall has some decent damage buffs for the team, lacking in round 1 control however but damage capability is real also with good safety thru Fire Main shield mystery.

That would be all, hopefully you'll find this helpful once you obtain Madara

Thank you for your Lineups! :)

how many seal scroll needed to get naruto and madara ?

Thanks for the Lineups with Madara.

So lets say you have Madara, but also Anbu Itachi and Shisui along with Sasuke Sussano. Who is better to have with Madara, what passives, chase summons and main should you have?

Yes the passives stack, it will be 60% atk/nin buff.

About the ninjas, the Anbu Itachi-Shisui-Madara team is very good with either Lightning Main or Fire Main

With Lightning Main it would be acupuncture or lightning armor mystery with any of first 3 standard attacks, anbu tactics(lower buff but gives much better survivability) or warrior killing intent (for a chance at mystery refresh and higher buff) passive 1 and root of warrior (Shisui, Anbu Itachi , LM immune) passive 2

Nothing here for water main.

Ignite, Poison, Immobile every round.

I'd prefer to use Pakkun for guarantee hit and mirror debuff.

if you wanna go defensive, just all in heal.

i have none of these characters xD but thanks any way