I'm curious to know if anybody tested this but i somehow feel there's one.

To be clear, if my roshi gets hit 25 times his ninjutsu continue to grow or not? If my kimimaro gets hit 30 times his resistance continue to stack or not?

I somehow feel, by reaching many times round 9/10 with roshi, han, sailor sakura lineup that sakura and roshi passives are capped at +200%, but is just my impression, wanted to know if anybody tested this more in depth or if knows the exact numbers.

to my knowledge its not capped, ive seen a sakura hit at 400% attack buff, so u just need to be able to hit them more

It's 1 of those grey areas where we will never know how it works 100% but it does work as intended.

Last Wednesday i had this situation in gnw.

My enemy field was made by one mb blitz team in top, one tendo mb team in front of me and one full pains supporting team in the lowest field. We reached round 5 with me only left alive (i was supported by two low levels, so was to be expected) and roshi was in the top line and sakura in the bottom line with han and azure fang in the middle line, so, due to power difference, i couldn't be killed by them, but both my roshi and sakura, as you can figure, were hit a ton of times per round. The point is that the damage my roshi landed in round 8 (the round where i managed to win) was not much higher than round 5 one, while, instead, should have been significantly higher due to 3 more rounds of hits endured, that's why came up to my mind a cap could be there, maybe to prevent situations like this one.

P.S. could be, as you said, that the cap is +400%, that makes sense with the +200% with roshi, since roshi's mystery benefits only for half of its damage by ninjutsu. About sakura, my sakura usually hits for 700-800 in round 1 against a comparable power enemy, but I've never seen her hitting that enemy for 4k+ and in bonds happen you get hit enough to make it. The max i saw, with no other boosts, was a 2500-3000 in those situations but is hard to make a sure assumption due to rng volatility.

Test it with kakashi

Yes I believe the non-written cap is 100% buff, but this is not official , don't take my word for it.

tested this today on kakashi clones. Consider the basic damage with no boosts was around 6-7k in round 2 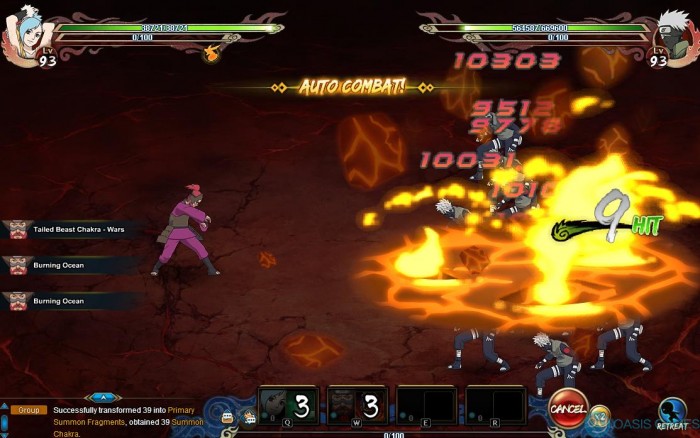 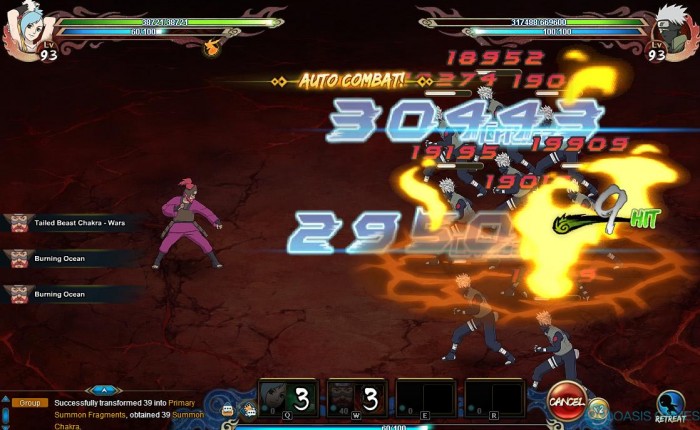 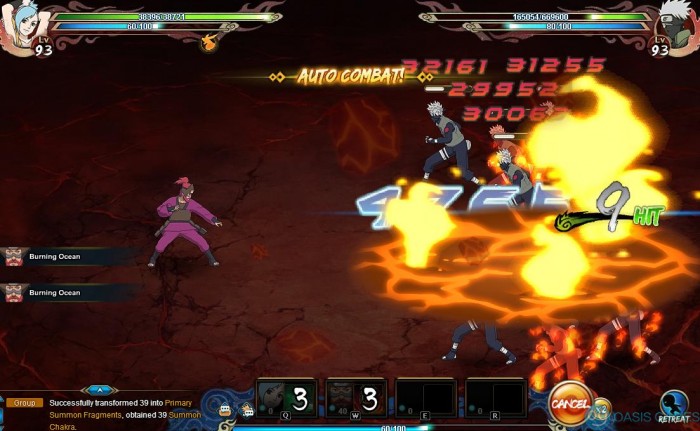 round 10 hit, after the full round.

doesn't seem to me there's a cap.