i need a midnight blade nine tail team. I don't do much damage in nine tails compared to others.

What ninjas do you have?

I'm doing alright with LM-Iruka-Guy-UkonSakon. Not sure if you have Iruka, but other than that this is a pretty accessible team.

no i don't have iruka

sasuke 3*+, guy, and either iruka, wb asuma, or tenten in that order

i don't have iruka or asuma wb and if ur talking bout tenten gnw i don't have her either lol but I have a 5 star sasuke. 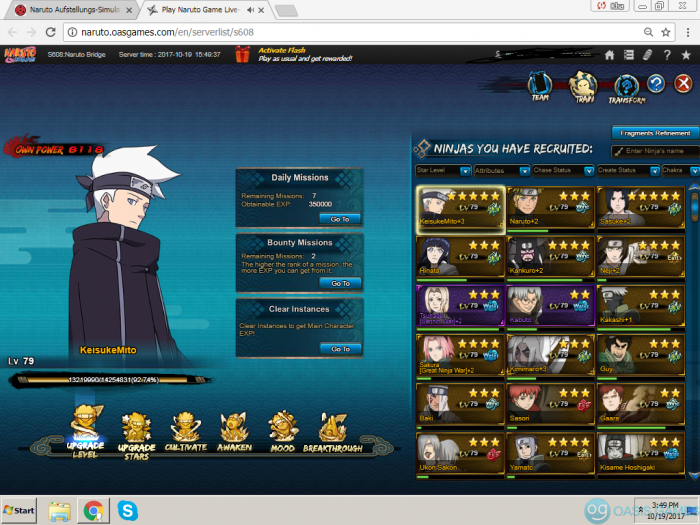 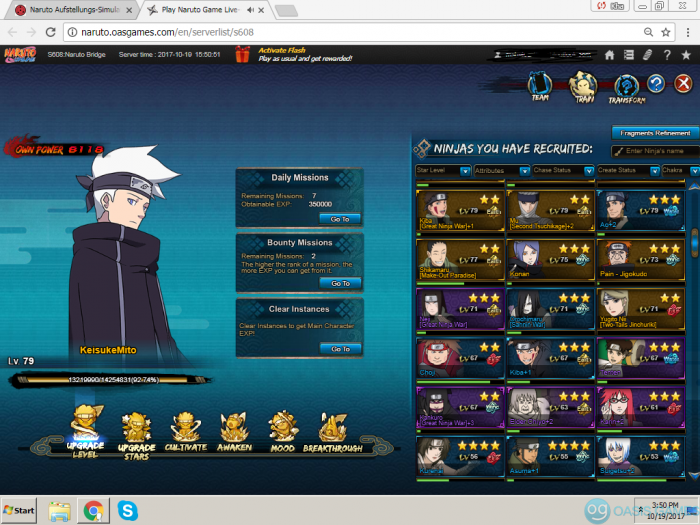 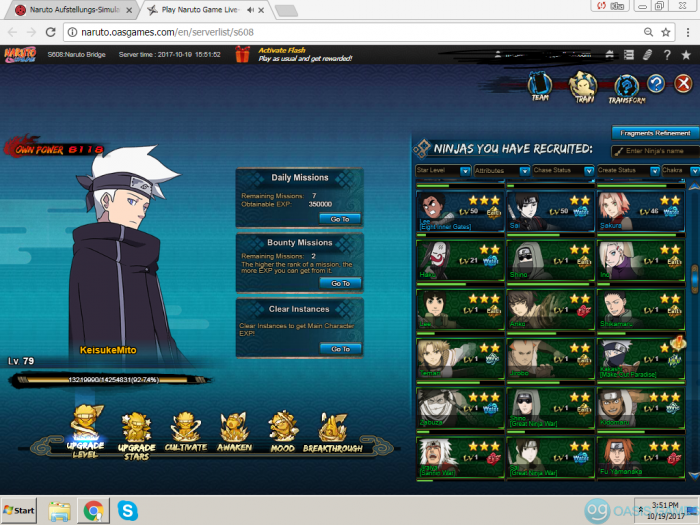 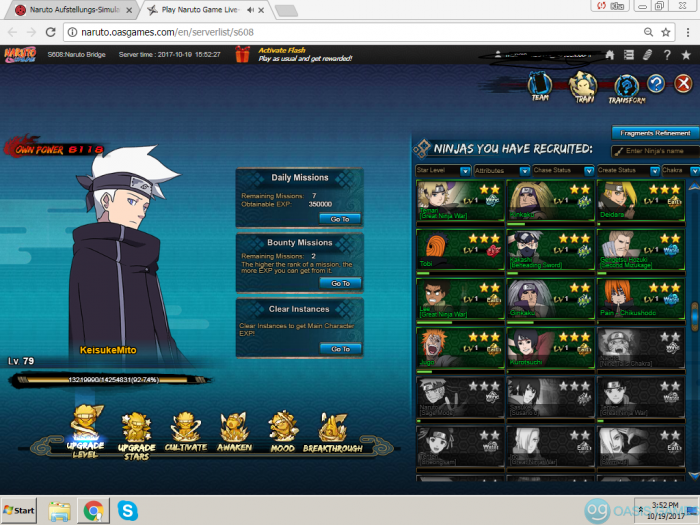 Haku Ginkaku , Guy and ur main

Ninjas that buff you helps, Guy and Tenten (GNW or normal) then throw up a sasuke barrier

Sasuke as 1st position to launch his barrier as soon as possible in the first round to further buff your lightning units. Guy for the attack buff. Tenten for the crit buff.

You can go with Kakashi over Tenten if you want since he'll get the barrier buff. However, he doesn't have a high combo chase. Also, since the lightning enhancement passive only effects 3 units, it's not going to land on the same 3 units every battle with a full lightning team. I prefer Tenten overall since that way the where the enhancement lands is controlled, plus an extra buff to the whole team.

Normally you can look at the damage rankings in ninetails when you're in the event itself and copy their lineups.