So after fighting a few Space-Time matches, fighting sealed, and running through survival... I noticed that the Minato(4th Hokage) now interrupts with his mystery. Before people go off on a tangent, about the flak vest(which should be jounin) is better...I do get that. More utility with chases, mystery practically every round...etc. I'm just wondering if he received anymore buffs such as the Combo rate and Taijutsu buff that his new version has. His icons did receive an update but the desc 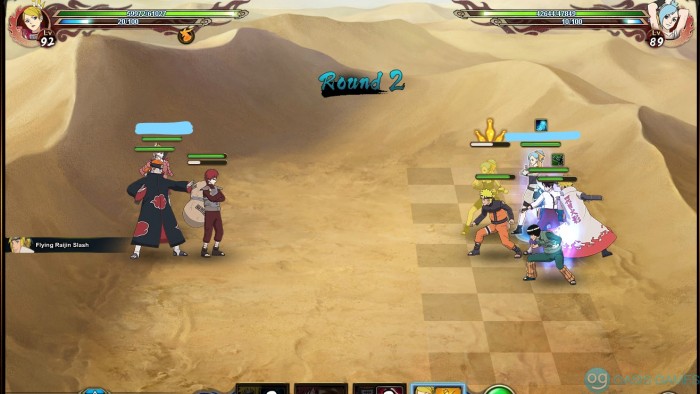 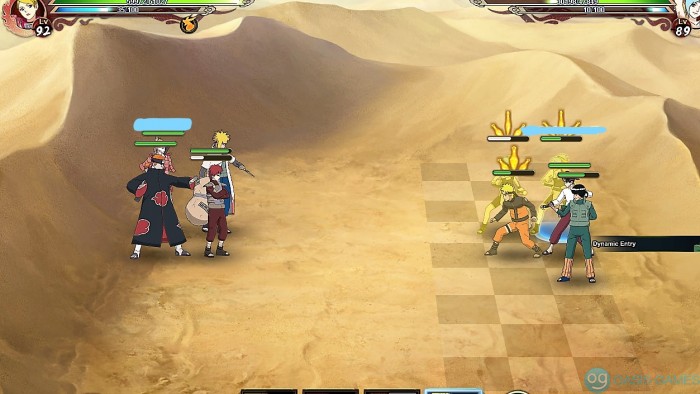 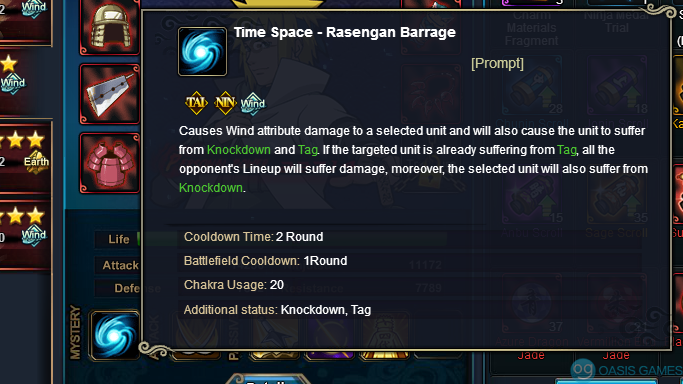 It's a bug, he'll be patched soon.

on CN server it does indeed inflict "interrupt" after the buff

Lol I thought so. He could really use the change NOW though haha.

Thanks for the heads up! I checked out the simulator and saw the self combo and Taijutsu buff the he gets later down the line as well. Guess we'll be waiting a while.

I'd argue that Flak Vest/Jonin is more viable than 4th Hokage Minato, simply because of his utility. But I will say Hokage Minato got a bit buffed to help compete with Flak Vest Minato. For instance I found out that when 4th Hokage Minato uses his mystery on a person already tagged, the entire lineup receives tags (which isn't anything new) but I believe he also interrupts the entire lineup if he's able to do this. I experienced this with running a team yesterday in arena, where the opponents Fu had a tag, I capatlized on this to target her with 4th Hokage Minato's mystery, the opponents LM had their Chidori Blade - Shadow qued up as well and Minato interrupted his mystery even though he wasn't the one being targeted. I'd also like to point out they fixed Hokage Minato's text for his dodge, it now properly states that he can avoid mysteries just like Flak vest.

It was initially going to be patched as a lot of people noticed that he had his 4.0 buffs (which he just got in CN 3~ weeks ago) but for one reason or another they said they were letting it stay. Unless that's changed, which it may have ¯\_(ツ)_/¯

Jonin vs Hokage Minato comes down to this:

Can potentially mystery every turn

Mystery benefits from both TAI and NIN vs Jonin's TAI only.

+40% resist to entire field for 5 rounds (permanent after skillbook)

Tag + damage before every action

Can potentially interrupt an entire lineup as early as turn 2 if he can target his mystery on a tagged ninja. Super powerful, the only other ninjas capable of doing this are Edo Hashi (not available) and Torume (non-prompt and honestly who uses Torume).

IMO: Jonin is more offensive oriented due to his scaling damage and x2 chases but Hokage offers more utility/defensive and grants a good amount of tankiness to your ninjas. For extra fun, try running earth main with +Def/Resist (+20%/40%) passive with Hokage Minato.

That being said, I ended up not getting Jonin Minato since I already have 4* Hokage Minato and just grabbed Obito instead.